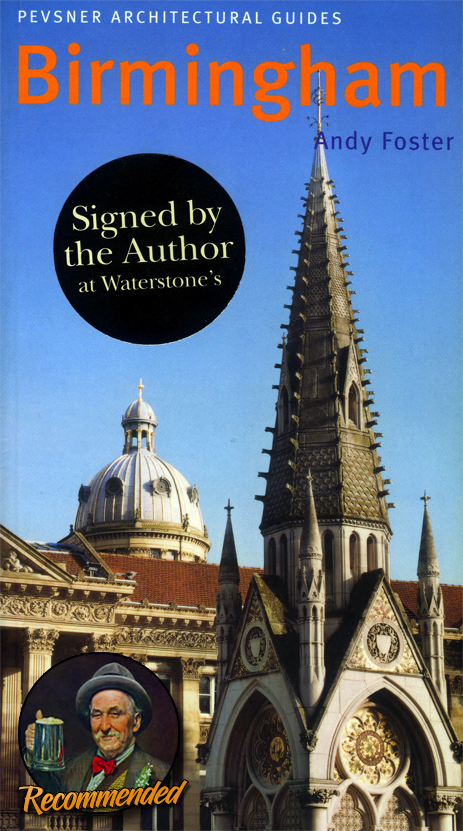 I have bumped into Andy Foster several times as our paths crossed in the archives. He badgered away on this architectural guide to Birmingham for many years. The official synopsis for the 2005 tome was that "this is a detailed, authoritative, and easy-to-use guide .... that explores a variety of outer districts and suburbs, among them the famous Jewellery Quarter, the stucco villas of Edgbaston, and Cadbury's celebrated Garden Suburb at Bournville. A connecting theme is provided by the local Arts and Crafts school, which flourished well into the twentieth century." There are several guided walks with key buildings discussed so the reader can enjoy plenty of exploration. Of course, readers possibly want more text but book space is at a premium and there is plenty to discuss. Naturally, the built environment is constantly changing so a new edition will supersede this work. A great pocket guide to Brum. 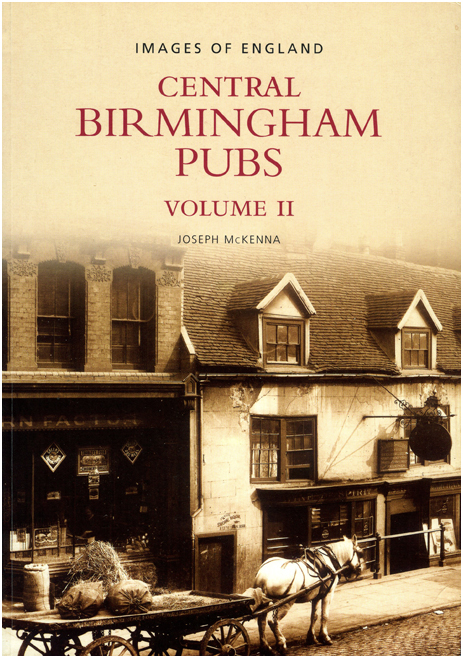 Joseph McKenna worked in Central Birmingham Library for donkey's years. I was even served by him on the counter at Floor 6 though, unlike his colleagues Peter Drake and Patrick Baird, he never engaged in conversation. I had no idea that he was working on Birmingham's pubs. He could see the sort of material I was accessing but he never mentioned his shared interest. Clearly, he had been working on his books for many years because, shortly after his retirement, this was published not long after Volume 1 hit the book shelves. I was introduced to him by Andrew Maxam in the Lamp Tavern on Barford Street at what I think was his retirement party. Certainly, the boozer was full of librarians. I can remember how he dissed me somewhat and was not interested in conversation. Well, of course, I bought both books when they were published but I was rather disappointed with each publication. If I can take an example from this volume - on Page 29 he has prepared a plan of taverns located on High Street Deritend. The Nelson Inn is not included on the plan but at least it is discussed in the text. However. for some reason the Old King's Arms is not mapped and there is no mention of the tavern anywhere. This was not a pub that came and went in a flash, it was trading throughout the Victorian era. A couple of doors away was the Nag's Head Inn and the author states that "it first appears in the trade directory of 1828." In fact, this tavern had been operating for decades prior to this date. Anyway, I am not going to list every one of the errors - and they are numerous. Joseph McKenna had the entire resources of Central Birmingham Library throughout his career so there can be no excuses for some of the mistakes. He managed to have a dig at Steven Penker in his introduction but at least the Hungarian-born pub historian was thorough in his research.

There is many an Essex tavern that has engaged or dabbled with smuggling. Indeed, some of the landlords were noted more for their illicit activities than for running a tavern. The coastline of this county probably had more smuggling activity than the rest simply because of the terrain. The great number of inlets and creeks was ideal for those who lived to smuggle booty. As I was due to follow a cycling journey of the Essex coastline the landlubber in me needed to get to grips with the history of smuggling. Graham Smith has written a fine book recording many of the key events and people engaged in this trade. It is not all romantic tales as the outlaws were often violent and cruel. The book covers legends of the deep dark past up to the more recent sophisticated illegal methodology.

My paperback copy of this book is falling apart so I need to invest in a good hardback as I found it to be a highly enjoyable read. One of the reasons for this is that the author, though clearly interested in history and facts, manifestly enjoyed sitting in a traditional tavern. In his foreword he wrote : "the inns mentioned in this book are those that have given me pleasure on account of their history, their architecture or simply because of the good company I have enjoyed in them." The book covers plenty of the county's history within his thematic tour of the region's public-houses. As the title suggests, the author, a former headmaster at Hornchurch, focused on the taverns that had a tale to tell or was involved in some historic events of the past, many illegal, some violent. Written in a somewhat passé fashion, it has some lovely sentences that make it a joy to read. Glyn Morgan was clearly a man who loved Essex. 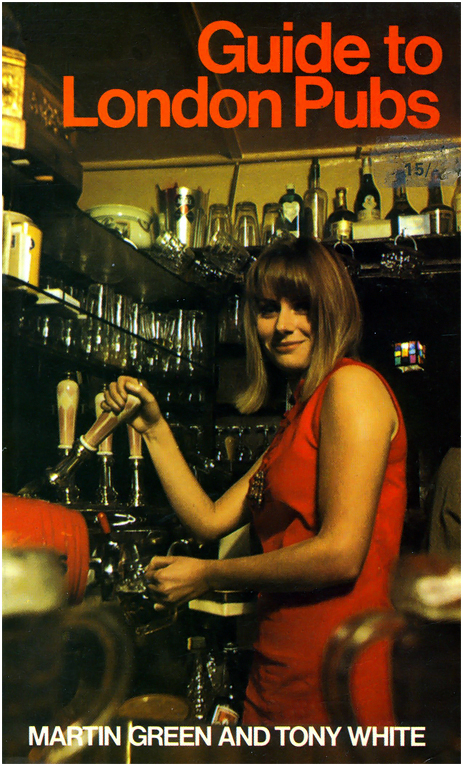 With a saucy front cover, typical of the period, this book is a 1968 revised edition of a book published three years earlier. So, my bookshelf only has the 'modern' version. This is a pocket-sized tome that is fun to take on visits to London in order to find and patronise the public-houses featured within the pages. Surprisingly, quite a number of the taverns have survived. I have sat inside such boozers, pint of beer in hand, and read how the pub would have looked in the swinging sixties. On a couple of occasions I have been clocked from behind the servery and the landlord and landlady have found it highly entertaining for me to read out the description of the pub of which they are in charge. They marvelled at how things have changed or evolved over the years. At the time of the book launch, The Standard stated that this book was "going to launch thousands of determined pub crawls." Little did the writer of that review realise that this imbiber would be entertained by this book in the following century.

This sort of book requires a degree of maturity. The issue with contemporary pub guides is that they are out-of-date almost before they are published. Consequently, they are useful if deployed immediately to follow the author's recommendations. The book soon becomes useless as pub ownership or tenancy changes, coupled with refurbishments and business models. The books tend to sit on a shelf unloved and never opened again - or they find themselves being dumped in a charity shop. However, given a few years, they enjoy a second life by providing a snapshot of how the selected pubs operated in previous years. I picked up this copy in 2019 by which time it was over forty years old. For me, it was only of use for the few taverns featured on or near the Essex coastline. But it is interesting to read the descriptions of the interior decor, along with the draught beers and limited food menu on offer. Illustrated by Myerscough, the editor asserted that the pubs included in this volume were chosen for their atmosphere, historic interest, setting and general standard of food and drink. The historic notes are mostly hearsay, local legends or tales told by the licensees. So, erroneous in places but still affording a fascinating glimpse of times past. I was amused to see the book was sponsored by the company reponsible for a beery hangover cure.