This Duddeston thoroughfare was formerly known as Adam Street but later evolved into Adams Street. That was probably around the time that the name was applied to the entire length of the street, connecting Richard Street down to the Star Tube Works on Heneage Street, crossing both Lord Street and Great Lister Street. The southern section of the thoroughfare was previously known as Brewery Street. In the 21st century the street was made up of entirely industrial units but it was once a thoroughfare of mixed use with plenty of housing, one fully-licensed pub and several beer houses. 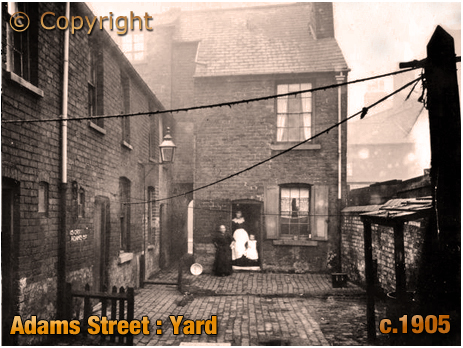