The Adderley Park Inn is located on the corner of Adderley Road and Ash Road. The below view of Ash Road shows two shops that stood opposite the public-house. The road goes uphill in a south-easterly direction from the junction with Adderley Road. Sadly, although the houses that adjoined this short row survived into the 21st century, these properties are long gone. 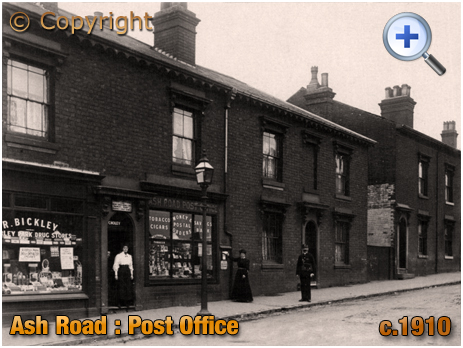 The photograph dates from around 1910 when the drug stores at No.2 was operated by Robert Bickley and Ash Road Post Office was run by Lucy Dora Kimber. Like Sarah Elizabeth Harris, who managed the post office in 1908, she was also a stationer. Tobacco and cigars were also sold on the premises. The surname of Choley is above the front door - I suspect that this was Harold Choley who also worked for the post office. Lucy Kimber had been working here for a number of years with the Harris family before taking over the position of post-mistress. Her sister Kate assisted in the business. They are probably featured in this image with one of the women posing at the post box with a letter.

Ash Road Post Office made the newspapers in January 1965 when there was an attempted robbery by two men. Mrs. Sybil Lewis, who was in charge of the post-office, told a reporter that "It was all over in ten seconds. The man with a gun said "Come on, let's have it." Then my assistant, Mrs. Doris Homer, put her foot on the alarm bell. The moment it went off, the two men turned tail and fled out of the door." Mrs. Lewis added: "We were both pretty scared when it was all over, but at the time we didn't think about being frightened." The armed robbers escaped in a grey-coloured van. 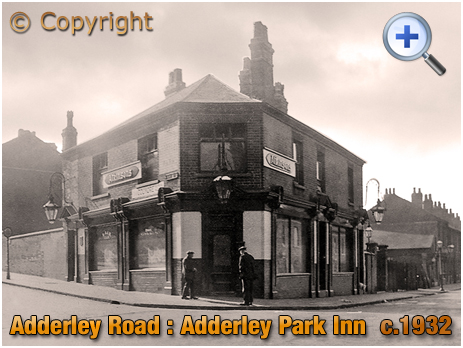 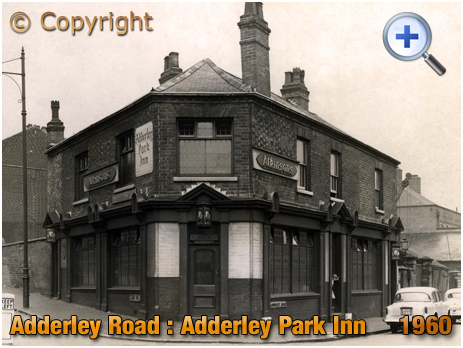 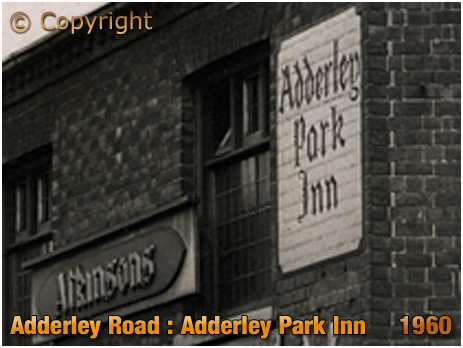 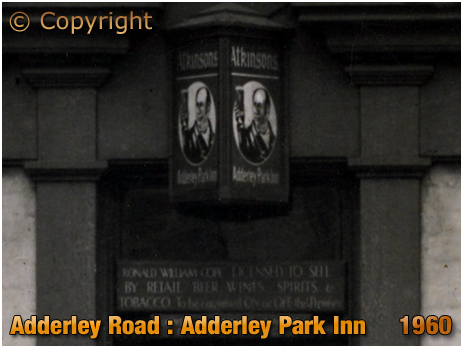 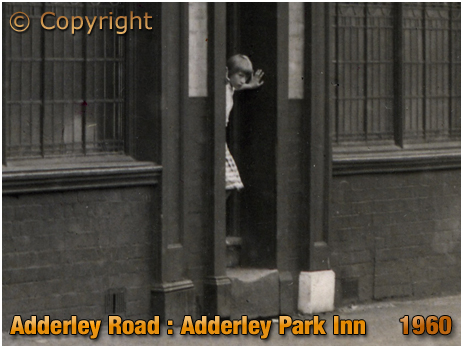 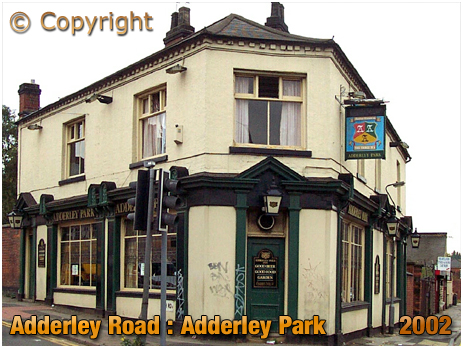 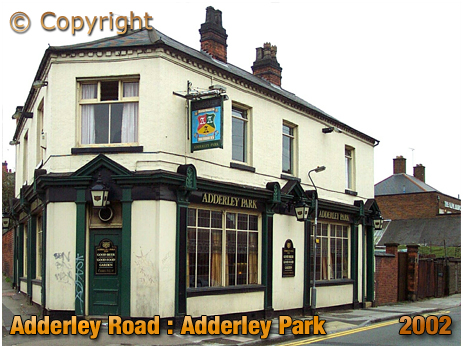 Licensees of the Adderley Park Inn 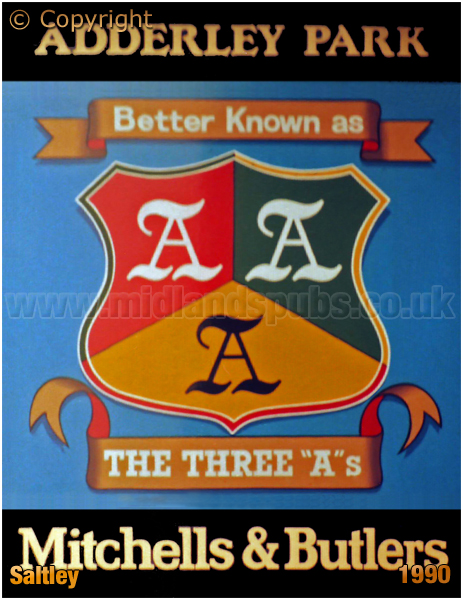 As this sign states, the Adderley Park Inn is "better known as The Three A's,", most probably a reference to Atkinson's Aston Ales. The Adderley family owned an extensive tract of land around this part of Birmingham. Charles Adderley, who would later become the first Lord Norton, owned much of Duddeston and Vauxhall. It was here that he donated the land for Birmingham's first public park in August 1856 - hence the name of this pub. The ancestral home of the Adderley family was Hams Hall near Coleshill. The first Charles Adderley, an equerry to King Charles I, bought the original hall. Following a major fire in 1890, the hall was demolished and rebuilt in the village of Coates in Gloucestershire at the whim of the shipping magnate, Oswald Harrison. Charles Adderley opened the ten-acre park to thousands of visitors on a warm Saturday in August 1856. Entrance to the park was via a handsome lodge where a library was later added. The opening ceremony included a procession from the Market Hall at Prospect Row, along Ashted Row and through Bloomsbury to the Saltley Road.

"William Phipps, potman, 13, Mill Lane, Saltley, was charged with stealing 1s. 7d., and several cigars, the property of his employer. Prisoner was employed at the Adderley Park Inn, Saltley, and in consequence of having missed property at frequent intervals since the 11th ult., the landlord, on the advice of Police Constable Hodson marked some money on Saturday last, and placed it in the till. The next morning 6d. in silver and 1s. 1d. in coppers was missing, which was found in the prisoner's possession, while five cigars belonging to the prosecutor discovered by Police Sergeant Hodson hidden in the brewhouse. When charged with the offence prisoner admitted his guilt. In consequence of his previous good character prisoner was let off on payment 20s., or, in default of payment, 14 days."
"A Dishonest Potman"
Birmingham Mail : June 3rd 1890 Page 3