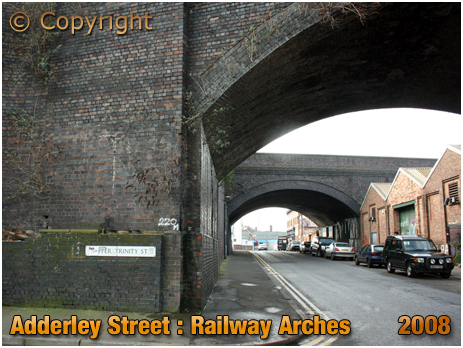 "It is as well that householders should know there is at present in Birmingham and has been for some time past, a band of what are called "area sneaks." The tactics of these obnoxious creatures are to lie in wait for hours in the vicinity of certain houses, and when the families are absent, to obtain ingress by means of skeleton keys. About nine o'clock this morning, the house of a man named Thomas Edgington, No.3, Adderley Street, was entered in this way and a watch and chain, together with eight shillings in silver, and other articles, were stolen. Mrs. Edgington was out marketing, and locked up the house; and it was during her absence that the prowling thieves committed the robbery, having watched their opportunity. We are informed by the police that such cases as the above are by no means infrequent. The rogues are so careful, and carry on their operations so quietly, and with such secrecy, as to baffle the officers of the law. It is to be hoped that this band will soon be broken up, and the members of it brought to justice."
"House-Breaking in Broad Daylight"
Birmingham Daily Mail : April 27th 1871 Page 2

"John McMahon [34], no home, was charged with indecently exposing himself to a married woman named Elizabeth Day, of Adderley Street. The offence was clearly proved, and the prisoner, who pretended to be daft, was sent to prison for three months, with an intimation that if he committed himself again he would be sent to the sessions, where, in all probability, he would be sentenced to twelve months' imprisonment in addition to being well flogged."
"A Beast"
Birmingham Mail : June 30th 1871 Page 3