History and Information on Albert Road at Aston in Birmingham in the County of Warwickshire.

Some history of Albert Road

Albert Road was seemingly laid out in the late-1850s. Land was being offered for sale in 1860. By November 1865 advertisements started to appear for "cottage residences with large gardens pleasantly situated in Albert Road." 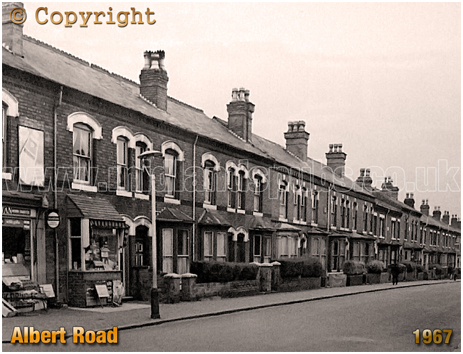 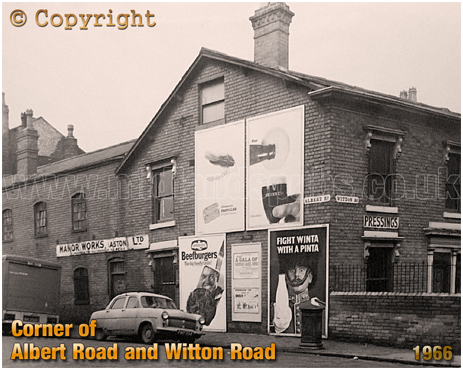 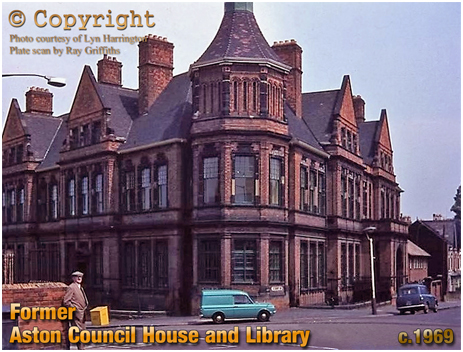 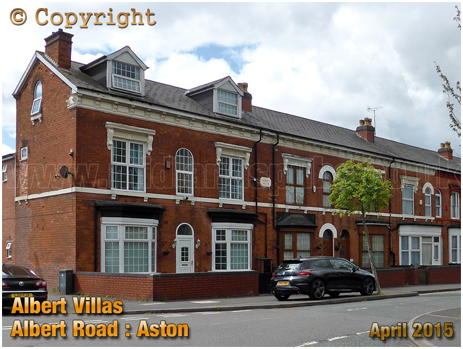 If you have a genealogy story or query regarding Albert Road you can contact me and I will post it here in addition to including your message within the website pages for Birmingham Genealogy.

If you would like to share any further information on Albert Road - Whatever the reason it would be great to hear of your stories or gossip. Simply send a message and I will post it here.

"An inquest will held tomorrow on the body of an elderly man, Thomas Baker [73], who was found suffering from the effects of revolver shots. He was lying in the yard at the back of 157, Albert Road, Aston, where he lived. He is said to have been in failing health, and had recently been suffering from insomnia. The wounds, which proved fatal in a short time, are believed to have been self-inflicted, but whether accidentally or not will be determined at the inquest."
"Aston Man Fatally Shot"
Birmingham Daily Post : June 4th 1914 Page 5

"At a special court held on Monday afternoon, a soldier, James Ellis Petty, whose home address is 175, Albert Road, Aston, Birmingham, was remanded to await a military escort, having been charged with stealing a motor car, value £100, the property of Mr. Monty Moreton, Attleborough Road, Nuneaton, at Hartshill, on Saturday night. Accused pleaded guilty to the charge, and said he was stationed near Birmingham, where he had a good wife and he wanted to see her whenever possible."
"Special Court"
Tamworth Herald : December 16th 1939 Page 7

"John Ernest Berry, aged 36, secretary of the Birmingham Trades Council, met with fatal injuries in a motorcycle accident yesterday, and died shortly after in the Queen's Hospital. Mr Berry was riding his motorcycle, to which was attached a sidecar containing his wife and two children. In turning into Bristol Road, Birmingham, he was in danger of colliding with a tramcar. He succeeded in avoiding the tramcar, but knocked down a pedestrian, and came into contact with the kerbstone. He was thrown from his bicycle, and his wife and children were thrown from the sidecar. All five persons were taken to the hospital, where Berry, who was unconscious, died about an hour after admission. His daughter Laura, aged five, together with the pedestrian, William Constable, of West Bromwich, were treated at the hospital, the other occupants of the car escaping with a shaking. Mr. Berry, who resided in Albert Road, Aston, had been secretary of the Birmingham Trades Council for ten years, and was twice member of the Aston Town Council, being the joint nominee of Socialist bodies and Trade Unions."
"Labour Leader Killed"
Evening Telegraph : April 8th 1912