History of the Victoria Hotel on Albert Road at Aston in Birmingham in the county of Warwickshire.

Some history of the Victoria Hotel

This public-house was, in later years, known as the Victoria Inn but in earlier times it traded as the Victoria Hotel. Though not of real architectural merit, it was still a decent-looking building. The public-house was erected on the corner of Albert Road and Upper Thomas Street. Indeed, the pub had two addresses : No.319 Albert Road and No.151 Upper Thomas Street. The pub would fall victim to the development of the Aston Expressway and closed in 1968. It was shame that the pub did not survive as the motorway did not actually pass over the site. The pub would have been close to the carriageway but there have been other instances where buildings were left to stand for such developments. There is just a grassy mound where this boozer once stood. 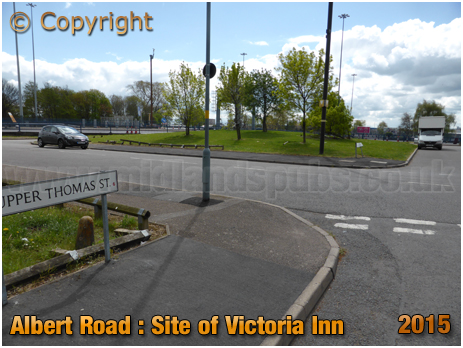 The first reference I have seen for the Victoria Inn is a new licence application by William Wilson Paget at the Erdington Licensing Sessions held on August 28th, 1868. A 14-year lease for the Victoria Hotel was advertised in May 1869 in which the "licences, goodwill and possession of the "first-class roadside corner inn and liquor vaults" was offered at auction. The public house was described as occupying a very desirable location "opposite the entrance to Aston Park, a source of great trade in the summer time, both respectable and profitable, in addition to that of the very rapidly improving neighbourhood." 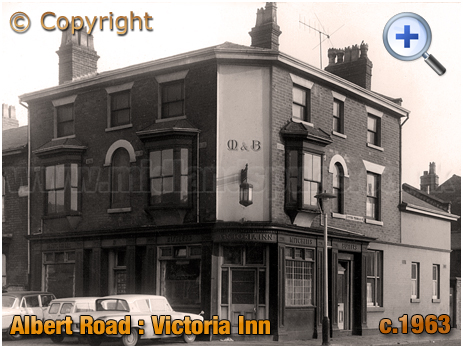 William Cooke was publican of the Victoria Inn by 1875. He had previously kept the Bell at Dale End and perhaps wishes he stayed there because he went into liquidation in October 1875. The fully-licensed Victoria Inn was not getting off to a good start. Charles Birch was mine host in the mid-1870s but was quickly succeeded by John Sankey. I think he passed away quite soon after this. His widow Maria Sankey was then in charge. She was assisted by her brother Charles Kirkham but, at just 26 years-old, he also died at the pub in September 1880. He had served on the Aconcagua, a Royal Mail Steamer owned by the Pacific Navigation Steam Company. His father, also Charles Kirkham, then run the Victoria Inn during the 1880s.

Maria Sankey sold the Victoria Hotel to Mitchell's and Butler's on January 30th, 1896 for the sum of £5,000. The pub thereafter was a managed house. When Edith Shuter succeeded her husband Archibald on April 15th, 1929 the average weekly takings at the Victoria Hotel was £55.11s.3d. and the pub was selling 204 barrels of beer per annum.

Archibald Shuter was the licensee during the late 1920s and early 1930s. Born in 1891, the son of a builder worked as a carpenter before the First World War, during which he served in the Warwickshire Yeomanry. He died in 1936 and it would seem that his wife was given a widow's year by the Cape Hill brewery. She was succeeded by Rowland Wood, son of the butcher Samuel Wood. He kept the Victoria Inn with his wife Ethel. 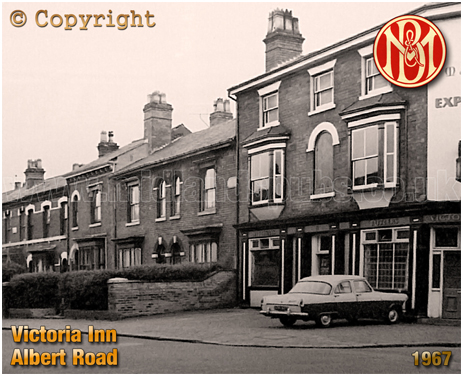 In the mid-1960s when the above photograph was taken the Victoria Inn was being run by Brian and Denise Hussey. The couple had married in July 1963. They handed over to Kenneth Spencer in July 1968. He was the last licensee of the pub.

If you have a genealogy story or query regarding the Victoria Hotel on Albert Road you can contact me and I will post it here in addition to including your message within the website pages for Birmingham Genealogy.