There was once a beer house on the south side of the street where it meets Summer Lane. The new police station was built on the site. The premises was at No.210 and in the early years of the reign of King George V it was kept by James H. Rowley. In the 1870s it was run by the retail brewer Julia Ann Goodwin. 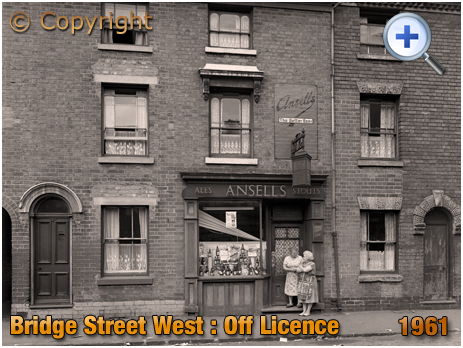 What a brewery lantern - it is almost as big as the woman chin-wagging on the door-step of the premises. Wearing a pair of slippers, the woman in the shop entrance is almost certainly the licensee of this offie operated by Ansell's Brewery Ltd. Her name was Alice Copestake and she kept a tidy shop window display that features the many different beers produced at the Aston brewery. There is also a large display for Babycham. The shop was at No.257. This was on the north side of the street midway between Hospital Street and Great Russell Street. The house to the left was No.258, the entry on the extreme left being the entrance to Court No.32. I believe Alice Copestake was formerly Alice Cull and kept a fags and sweets shop at 263 Bridge Street West in 1939. Charles Walker was the licensee of this off-licence in 1883, Tom Allen in 1912, Alfred Hooper in 1926 and Elizabeth Preece in 1937. 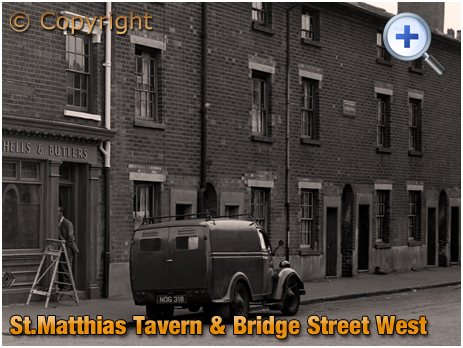 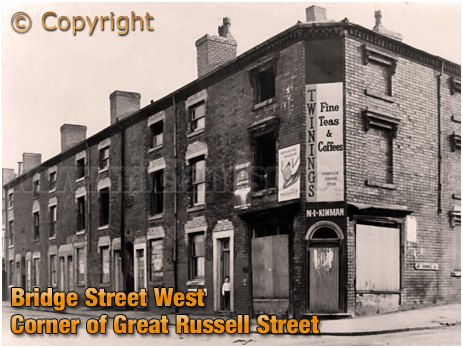 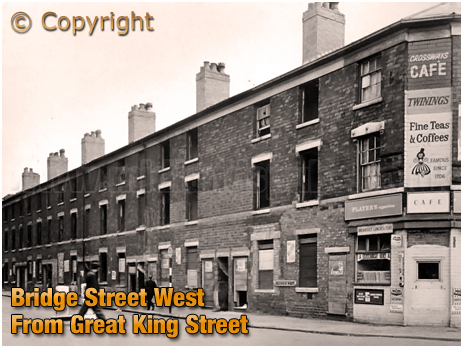 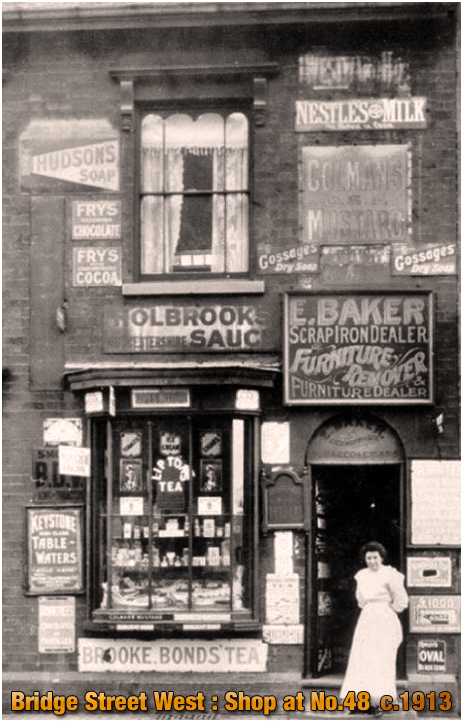 This photograph almost certainly shows Mary Baker standing on the doorstep of her shop at No.48 Bridge Street West. Along with much of the row, the property was owned by Annie Cooper. The premises were on the south side of the street, close to the junction of Guest Street and facing Saint Saviour's Church. The sign in the door arch states that E. Baker held the licence to sell tobacco and cigars. This was Mary's husband Edward. As can be seen from the large sign, he also traded as a scrap-iron dealer and furniture remover/dealer.