History and Information on Edgbaston at Birmingham in the County of Warwickshire.

Some history of Edgbaston 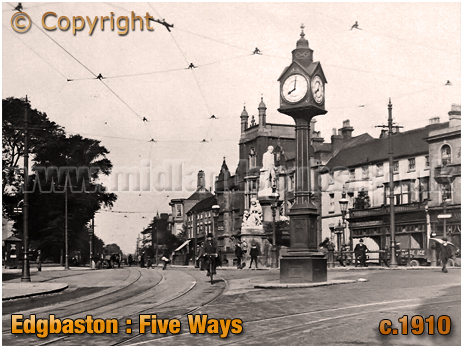 If you have a genealogy story or query regarding Edgbaston you can contact me and I will post it here in addition to including your message within the website pages for Birmingham Genealogy.

If you would like to share any further information on Edgbaston - perhaps you drank in one of the pubs in the past? Or maybe knew a previous publican running one of the boozers? Whatever the reason it would be great to hear of your stories or gossip. Simply send a message and I'll post it here.