History and Information on Erdington at Birmingham in the County of Warwickshire.

Some history of Erdington 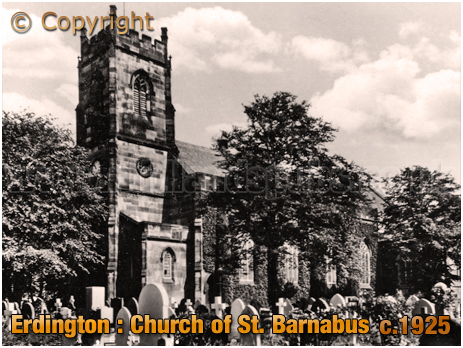 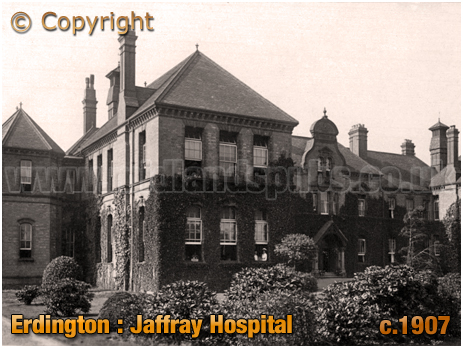 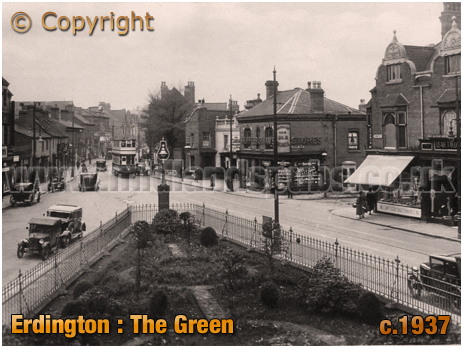 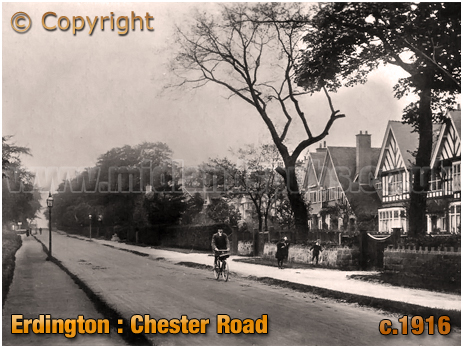 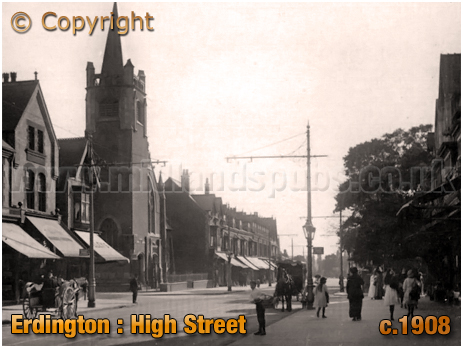 If you have a genealogy story or query regarding Erdington you can contact me and I will post it here in addition to including your message within the website pages for Birmingham Genealogy.

If you would like to share any further information on Erdington - perhaps you drank in one of the pubs in the past? Or maybe knew a previous publican running one of the boozers? Whatever the reason it would be great to hear of your stories or gossip. Simply send a message and I will post it here.

"Last evening a thunderstorm of extraordinary severity, accompanied by torrential rain and hail, passed over the eastern and south-eastern outskirts of Birmingham. In many cases the roads were flooded to a depth which necessitated the ferrying of pedestrians, and some low-lying parts the water invaded the houses. At Erdington a farm labourer was killed by lightning. The storm began between four and five o'clock, and in a few minutes the highways had become rivers in places. At Stechford, where the storm is described as the worst experienced for many years, a long stretch of the Station Road was quickly submerged, and business men and women returning from Birmingham were compelled to seek the assistance of carts and other vehicles to carry them across. One gentleman caused much amusement by taking off his boots and socks and wading through the water. A motor car which attempted to get through was stranded. Down the hill from the station to Lower Stechford the highway had the appearance of a torrent. In the dip under the railway arch in Albert Road there was at one period two feet of water. When the hail fell the whole district put on a wintry aspect in a few moments. Some of the hailstones were nearly as big as walnuts. Gravel paths in the gardens were torn up as though under shrapnel fire, and allotment crops were flattened out. Serious damage was also done to many of the fruit trees. A telephone line was cut by the lightning. In Castle Bromwich, the Coleshill Road remained under water for several hours after the storm. Solihull, Olton, Yardley, Acock's Green, and Hay Mills were also subjected to the full force of the deluge, yet, curiously enough, parts of Birmingham only a mile or so away escaped. On the Coventry Road at Hay Mills the flood reached as high as the tram platform. The water invaded the shop fronts. The storm also extended Barnt Green, where low-lying roads were flooded to a depth of two feet and rendered impassable for the time being. The man killed at Erdington was Frederick James Wiltshire [58], of 2, Arden Place, Argyll Street, Nechells. At the time the lightning struck him he was working in the rick yard of Mr. Herbert W. Edwards. Kingsbury Road Farm. Another man who was at work by his side escaped uninjured."
"Man Killed at Erdington"
Birmingham Mail : July 28th 1916 Page 4