History of the Old Chancellor on Garrison Lane at Bordesley in Birmingham in the county of Warwickshire.

Some history of the Old Chancellor

The Old Chancellor stood on the northern side of Garrison Lane, close to the Primitive Methodist Chapel. 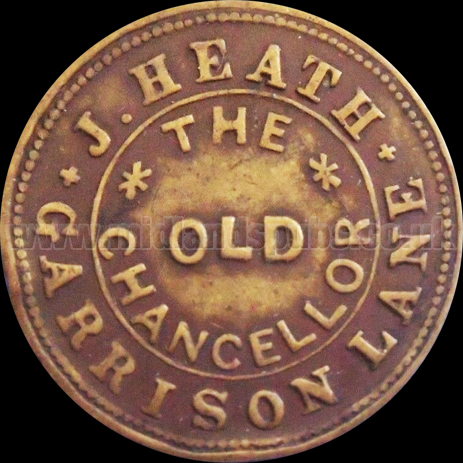 If you have a genealogy story or query regarding the Old Chancellor on Garrison Lane you can contact me and I will post it here in addition to including your message within the website pages for Birmingham Genealogy.

"Walter Smith was charged with being drunk and violently assaulting Joseph Williams, landlord of the Old Chancellor, Garrison Lane. Mr. Buller prosecuted. About half-past eight o'clock on Saturday night the prisoner went to the inn drunk, and when prosecutor refused to draw him half-a-pint of ale he had called for, he struck him in the face, blackening his eye. He was given into custody, and he made a violent resistance, kicking and assaulting the police. He was sent to gaol for four months with hard labour."
"Unprovoked Assault On Publican"
Birmingham Daily Post : February 20th 1877 Page 6