History of the Royal George on Garrison Lane at Bordesley in Birmingham in the county of Warwickshire.

Some history of the Royal George

The Royal George stood on the southern side of Garrison Lane, on the western corner of Tilton Road, a thoroughfare formerly known as Kelynge Street. 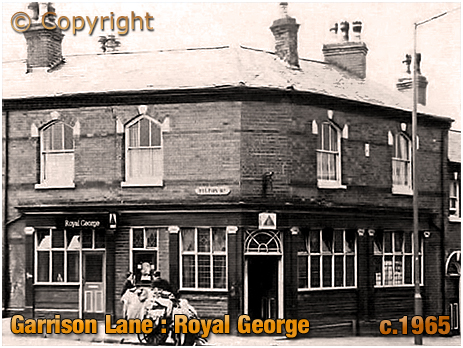 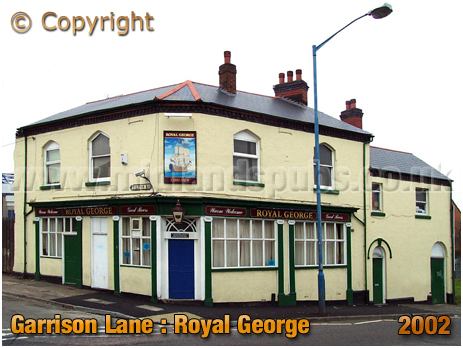 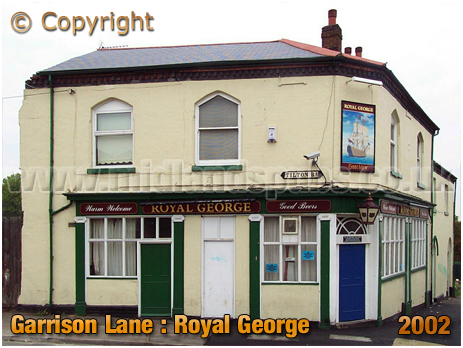 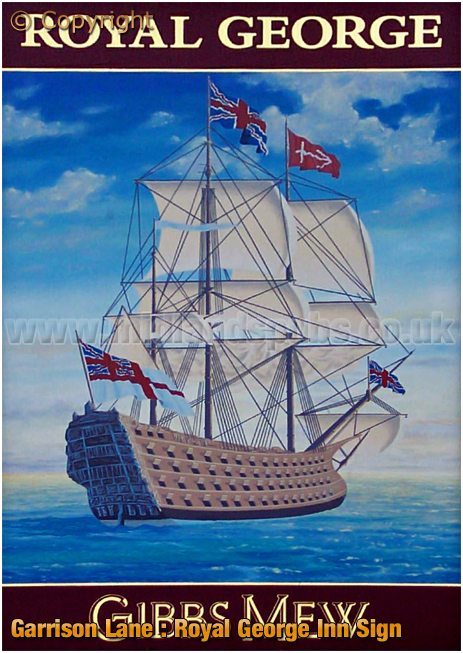 If you have a genealogy story or query regarding the Royal George on Garrison Lane you can contact me and I will post it here in addition to including your message within the website pages for Birmingham Genealogy.

"At Acock's Green Police Court, today, John Jones, Royal George, Garrison Lane, Birmingham, was summoned for driving a motor-car along the Coventry Road, Hay Mills, at 10.20 p.m., on the 5th July, at a speed dangerous to the public. Mr. Darby [Sharp and Darby] prosecuted, and Mr. Sims [P. Baker and Co.] defended. There was a large number of witnesses for the prosecution, and it was stated that the defendant had run over a dog belonging to Reginald Squires, Oaklands Farm, Yardley, which had since died. For the defence it was stated that the car could not go at a rate of more than 16 to 18 miles per hour on level ground, and on the night in question the defendant was not going more than 10 to 12 miles an hour. A further charge was preferred against the defendant of driving a motor-car that was not registered. The defence was that four years ago the defendant bought the car from the Wolseley Motor Car Company, and had paid that company the necessary fees for registration; also, that the defendant had paid his licence each year for the same car. It was pointed out that it was owing to neglect on the part of one of the clerks employed at the said company that the car had been given a wrong number. For the first offence the magistrates imposed a fine of £5, and costs, and for the second offence a fine of £2, and costs."
"Motorist Fined at Acock's Green"
Birmingham Mail : September 28th 1911 Page 5