History and Information on Gooch Street in Highgate at Birmingham in the County of Warwickshire.

This street is named after Sir Thomas Gooch of Benacre Hall, Suffolk. Centred on Highgate, he owned one of the largest private estates in the Birmingham area. The baronetcy of the Gooch family commenced in 1746 with William Gooch who was appointed Governor of Virginia in 1727. His brother, Thomas, who was later Bishop of Ely and Norwich, succeeded him. He married Mary Sherlock, sister of Thomas Sherlock, Bishop of London. It was in 1730 that Bishop Sherlock acquired substantial tracts of land in Birmingham. These would later be bequeathed to Sir Thomas Gooch, the third baronet, who started to develop the area, naming many of the streets after his family - hence Gooch Street, Bishop Street and Sherlock Street. Some streets are named after geographical places of significance to the Gooch family. For example, Wrentham Street was named after the Suffolk village where the Gooch family seat of Benacre Hall was located. 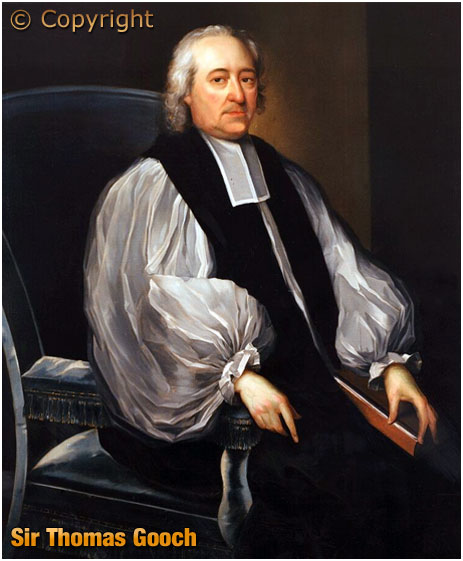 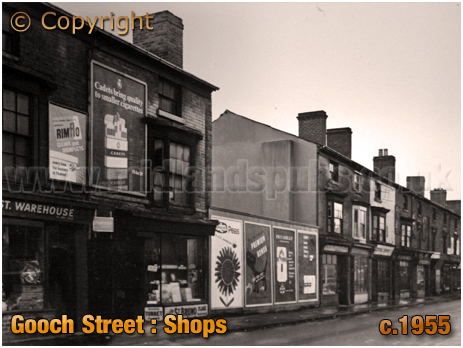 If you have a genealogy story or query regarding Gooch Street you can contact me and I will post it here in addition to including your message within the website pages for Birmingham Genealogy.

If you would like to share any further information on Gooch Street - perhaps you drank in one of the pubs in the past? Or maybe knew a previous publican running one of the boozers? Whatever the reason it would be great to hear of your stories or gossip. Simply send a message and I will post it here.

"Two lives were lost in a fire which broke out in Gooch Street, Birmingham, in the early hours of yesterday morning. In a small two-storey house lived Mrs. Lynch, an elderly lady , with five lodgers, one of whom was a boy. All were asleep when the alarm was given. The fire brigade were quickly on the spot with ladders by means of which Mrs. Lynch and two of the lodgers were rescued. A third man, named Howard, jumped from a bedroom window and escaped with slight injury. The firemen entered the burning bedroom and bravely searched for the remaining two in the blinding smoke and flame. They came upon an old man, named Joseph Durham, employed as a printer, lying with his arms outstretched upon the boy Ernest Howard, aged 6, whom he had evidently made an attempt to rescue. Both were speedily removed to the hospital, but the boy died on the way, and Howard succumbed to his injuries in the afternoon."
"Fatal Fire at Birmingham"
The Scotsman : October 29th 1902 Page 12