The Lamp Tavern beer house was located on the western side of Great Russell Street, between Brearley Street and New John Street West. 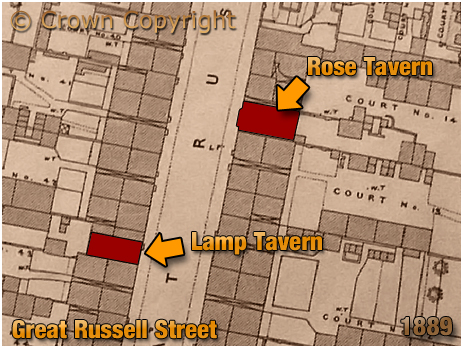 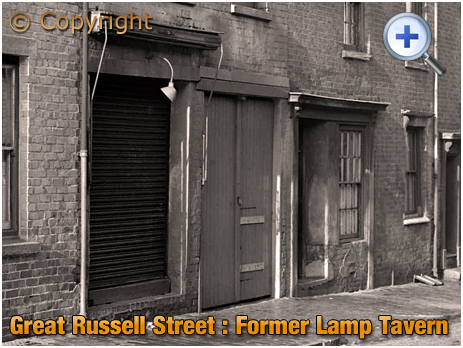 The Lamp Tavern once occupied the premises seen here with the roller door. The small shop to the right of the gated entry used to be a very early gramophone shop, trading before the First World War.

During the Edwardian period the Lamp Tavern was later operated by Mitchell's and Butler's.

Licensees of the Lamp Tavern

"Edwin Butler [48], tramway car conductor, Lamp Tavern, Great Russell Street, was charged with embezzling various sums of money, the property of his employers, the Birmingham Tramways and Omnibus Company Limited. Mr. Buller [for Mr. Crowther Davies] appeared to prosecute, and Mr. Cheston defended. From the evidence, it appeared that the prisoner had been employed by the prosecutors as a conductor on the tramway car plying between Monmouth Street and Villa Cross. Being suspected of dishonesty, a watch was set upon him, and during Wednesday and Thursday last there was a deficiency in his returns of about 6s. The prosecution, however, failed to point out any specific sum which had been embezzled by the prisoner, and he was discharged, Mr. Kynnersley remarking that it was a case of great suspicion."
"Alleged Embezzlement by a Tramway Cab Conductor"
Aris's Birmingham Gazette : July 1st 1876 Page 6