History and Information on Great Tindal Street in Ladywood at Birmingham in the County of Warwickshire.

Some history of Great Tindal Street 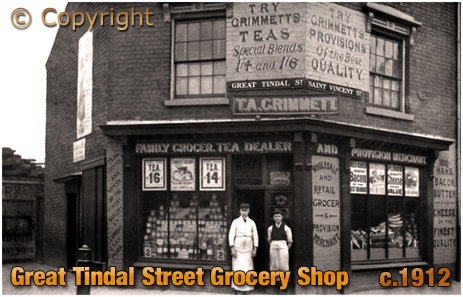 If you have a genealogy story or query regarding Great Tindal Street you can contact me and I will post it here in addition to including your message within the website pages for Birmingham Genealogy.

If you would like to share any further information on Great Tindal Street - perhaps you drank in one of the pubs in the past? Or maybe knew a previous publican running one of the boozers? Whatever the reason it would be great to hear of your stories or gossip. Simply send a message and I will post it here.

"William Jacques [49], of Great Tindal Street, Ladywood, pleaded not guilty at Birmingham Magistrates' Court yesterday to maliciously wounding Helen Jacques, also known as Helen Carlin. The hearing was adjourned until September 22nd, for the prosecuting solicitor to be instructed. Bail was allowed. Detective Sergeant Peter Kilner said Jacques, a widower, had for some years been living with the injured woman, who was separated from her husband. The previous evening a quarrel had arisen between them, he alleged. Jacques took a knife and stabbed the woman twice in the left upper-arm and once in the side. The injuries were not serious, and the woman had been discharged from hospital earlier yesterday. Jacques told the Court the wounding was not intentional."
"Man Says Wounding Was Unintentional"
Birmingham Daily Post : September 12th 1959 Page 24