History and Information on Handsworth at Birmingham in the County of Warwickshire.

Some history of Handsworth 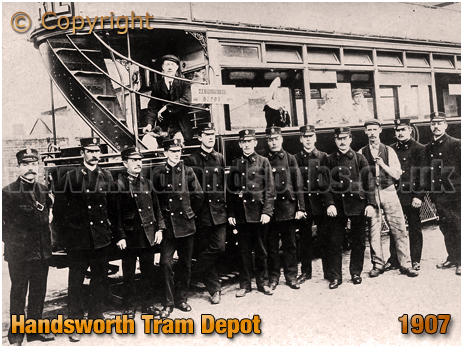 If you have a genealogy story or query regarding Handsworth you can contact me and I will post it here in addition to including your message within the website pages for Birmingham Genealogy.

If you would like to share any further information on Handsworth - perhaps you drank in one of the pubs in the past? Or maybe knew a previous publican running one of the boozers? Whatever the reason it would be great to hear of your stories or gossip. Simply send a message and I'll post it here.

"At the West Bromwich Police Court on Saturday, an old man named Samuel Dawson, sixty years of age, appeared to a summons charging him with having indecently assaulted a little girl named Ann Gallimore, twelve years of age, daughter of Mr. W. Gallimore, inspector of the paving way department, in the employment of the London and North-Western Railway Company. Mr. G. Watson appeared on behalf of the complainant, and Mr. Travis defended. It appeared from the evidence of the little girl that on Monday night at about eight o'clock she left home on an errand, and met the defendant, who had been in her father's employment for five years, near the Soho railway station. After inquiring where she was going he attempted to kiss her. Complainant said she should not be long before she returned and ran on; but after completing her purchases she was returning home another way, in order to avoid the defendant, as he had been guilty of misconduct towards her, previous to the present offence. The defendant, however, intercepted her on her return home near the railway bridge, and there behaved in an indecent manner towards her. He also extorted a promise that she would not tell her parents what had transpired. The girl, however, informed her parents of the nature of her grievances, and hence the present summons. The defendant subsequently saw complainant's father and entreated forgiveness. Mr. Travis argued for the defence that the defendant had hitherto borne an irreproachable character, and was a married man with a family. His instructions were that it was not an offence of so serious a nature as might be at first supposed, the defendant having been in the habit of frequenting the house of Mr. Gallimore, and fondling and petting the child. The Bench decided to take the case as one of a common assault, and imposed a fine on the accused of 20 shillings and costs, or in default twenty-one days' imprisonment."
"Indecent Assault"
Birmingham Daily Gazette : February 15th 1864 Page 7