History of the Hope and Anchor on High Street Aston in Birmingham in the county of Warwickshire.

Some history of the Hope and Anchor

The Hope and Anchor is an odd name for a public-house located on High Street Aston. It is a sign once popular on the coast as it was associated with the safe return of sailors. In Christian symbolism, the anchor is a representation of hope [Hebrews 6 : 19 "We have this hope as an anchor for the soul.."] The first publican of this tavern probably had a personal reason for the inn sign. 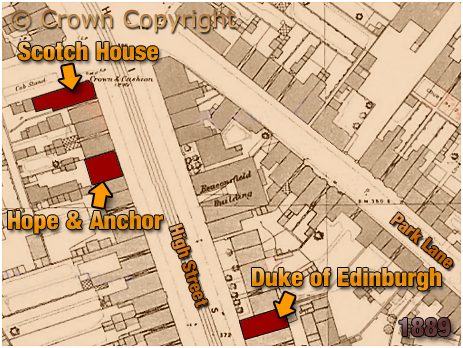 The Hope and Anchor stood on the western side of High Street Aston, a few doors down from the Scotch House on the corner of Whitehead Street, a pub once known as the Crown and Cushion. 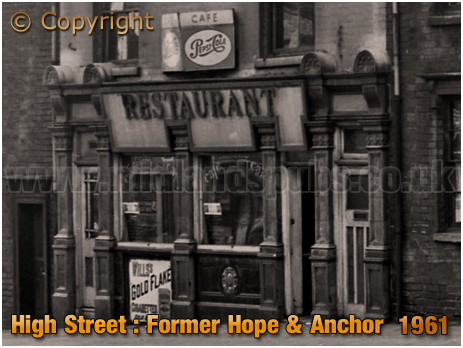 Here you see the former Hope and Anchor when the building had evolved into the restaurant and coffee rooms run by Alfred Iommi. He had taken over the business from his parents Giovanni and Lucia. Giovanni's family hailed from Arpino in the Province of Frosinone but moved to Birmingham in the 19th century. He followed his father Felice into the ice cream business. Other members of the family earned a living as organ grinders. His wife originated from the same province but from Arce. Officially listed as confectioners, Giovanni and Lucia occupied these premises for several decades. 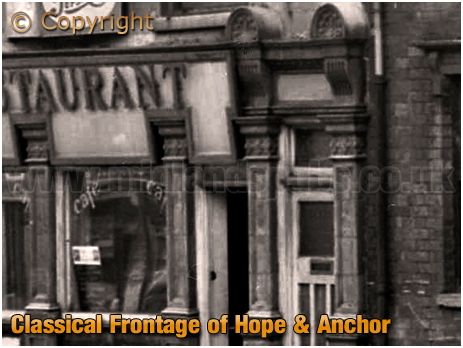 The frontage of the restaurant was obviously a public-house back in the day as the classically-influenced wooden 'add-on' or insertion on the ground floor was favoured by breweries and pub operators in the Victorian and Edwardian eras. It was a relatively cheap alteration to the frontage and enabled the installation of larger windows. Generally, supports would hold up the building whilst the old brickwork was knocked out, a metal girder would then hold up the first floor walls and a wooden frontage plonked into place. The alternative support method would use cast-iron poles hidden behind the pilasters.

I need to do some more research on this beer house and will add more to this page when possible.

If you have a genealogy story or query regarding the Hope and Anchor on High Street Aston you can contact me and I will post it here in addition to including your message within the website pages for Birmingham Genealogy.