History of The Stork on High Street Aston in Birmingham in the county of Warwickshire.

Some history of The Stork

Originally listed in New Town Row, the Stork Inn was later included in listings for High Street Aston. The building was located on the western side of the High Street, on the northern corner of Asylum Road. 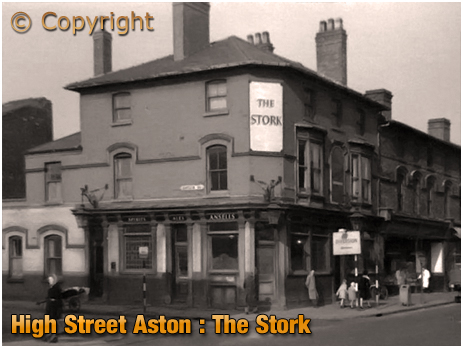 I would imagine that the pub dates from the mid-1850s as the land at the junction of what was known as Walmer Road and Bread Lane and the junction of Asylum Road was auctioned in April 1854.

If you have a genealogy story or query regarding The Stork on High Street Aston you can contact me and I will post it here in addition to including your message within the website pages for Birmingham Genealogy.