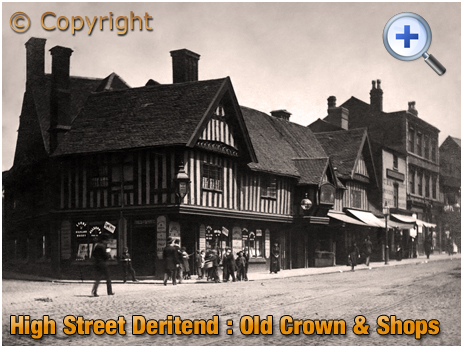 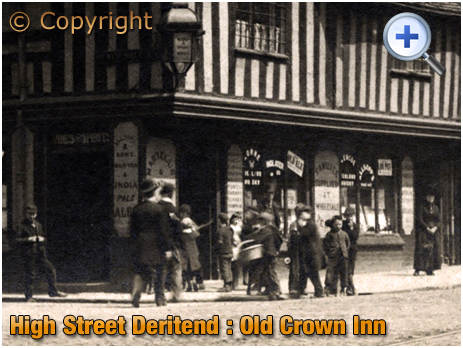 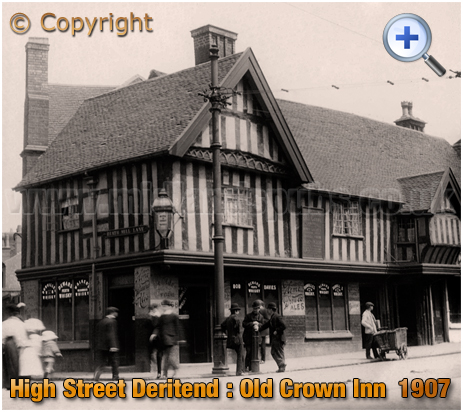 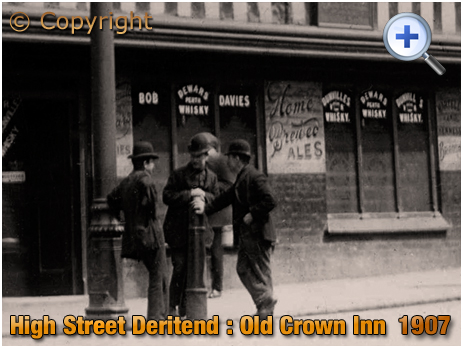 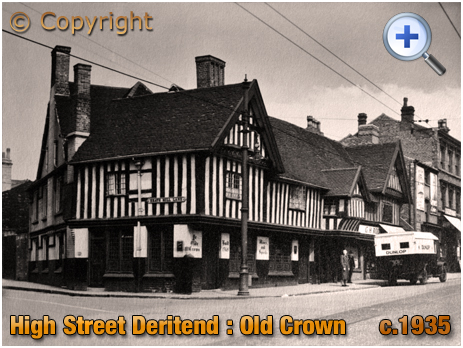 Licensees of the Old Crown Inn

"Thrown from its line of direction by hitting a tramcar, a heavy lorry crashed, yesterday, into one of the oldest houses still standing in Birmingham. Despite considerable damage, however, it transpires that the antique timbering escaped. The accident occurred in Deritend during the lunch-hour rush, the buildings involved being part of the row known as Ye Olde Crown. It is supposed that a section of this is of late 14th century origin. The lorry, the property of Mr. Greenwood, Mansfield Road, Aston, entered the premises used as a packing-room by Mr. Rodway, confectioner, and came to rest with its bonnet inside a room where two girls were working at a table. They had the startling experience of seeing a man hurled through the window when the collision took place. This man was treated for a thigh injury at the General Hospital. There would have been serious casualties if the path of the lorry had been deflected just a little further, an this would have sent it into the confectionery shop itself, which contained several customers. As it was, brickwork up to a height of 2½ft. was demolished. On this rested a large plate-glass window, but evidently the original timbering of the main front structure escaped damage."
"Smash at Deritend"
Birmingham Daily Gazette : January 24th 1929 Page 5