History and Information on High Street in Birmingham in the County of Warwickshire.

Some history of High Street 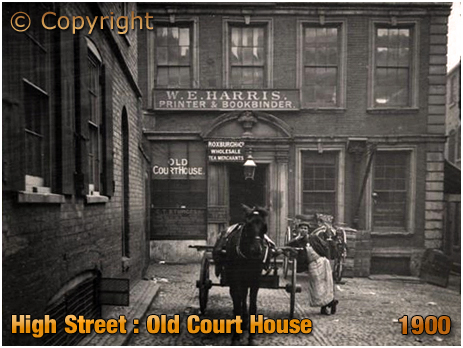 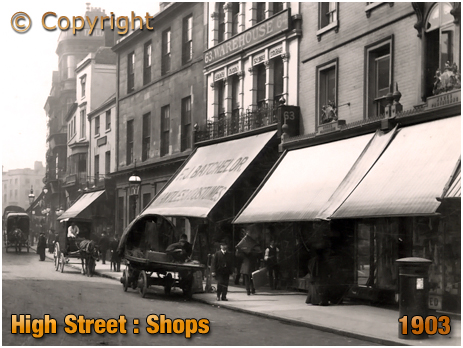 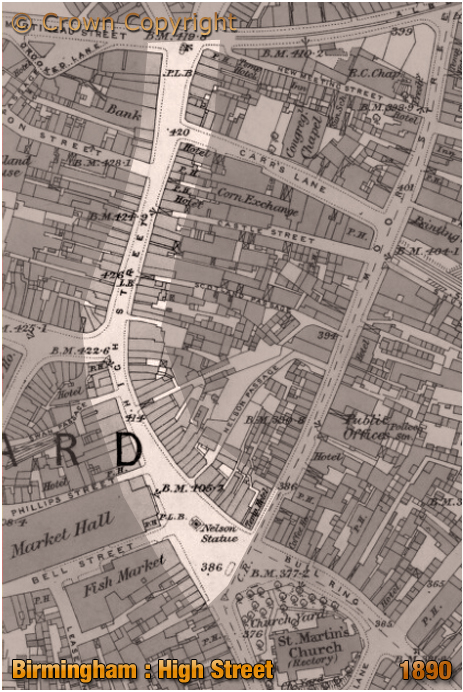 If you have a genealogy story or query regarding High Street you can contact me and I will post it here in addition to including your message within the website pages for Birmingham Genealogy.

If you would like to share any further information on High Street - Whatever the reason it would be great to hear of your stories or gossip. Simply send a message and I will post it here.

"Edward Morrissey [28], a labourer, who refused to give his correct address, was charged with stealing a roll of oilcloth, value 8s., belonging Mr. Walter Lance, draper, etc., Bull Street. About quarter-past six last night the prisoner was arrested in High Street drunk, with a paraffin lamp and a roll of oilcloth in his possession. He was taken to the police station, and recognised by Police Constable Freeman, who had watched him for some time earlier in the evening loitering about in front of Mr. Lance's shop. The oilcloth was identified by a salesman in the prosecutor's employ. Prisoner was also charged with stealing the oil-lamp, but the prosecutor did not appear. When charged with stealing the oilcloth the prisoner said he must be guilty, or he should not have had the things in his possession, but he was drunk. A previous conviction having been proved, he was sent to the Sessions."
"Theft of Oilcloth?"
Birmingham Mail : December 19th 1882 Page 3