History and Information on Hospital Street in Aston Newtown at Birmingham in the County of Warwickshire.

Some history of Hospital Street 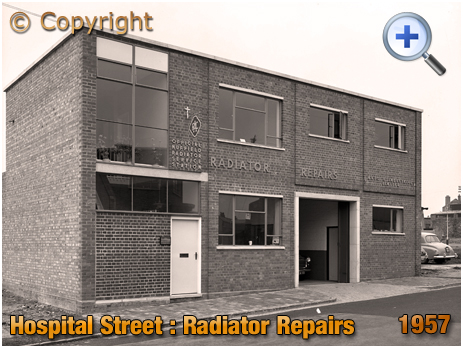 If you have a genealogy story or query regarding Hospital Street you can contact me and I will post it here in addition to including your message within the website pages for Birmingham Genealogy.

If you would like to share any further information on Hospital Street - perhaps you drank in one of the pubs in the past? Or maybe knew a previous publican running one of the boozers? Whatever the reason it would be great to hear of your stories or gossip. Simply send a message and I will post it here.

"Yesterday evening a woman, named Ellen Wilson, alias O'Neil, attempted to commit suicide by taking laudanum. The woman is 43 years of age, the widow of a publican, has four grown-up children, has some time or other been in good circumstances, but has for the last three years been cohabiting with a shoemaker named John O'Neil, residing at 101, Hospital Street. Since she and O'Neil have resided together they have had one child, which is since dead. O'Neil is a widower, and has some children by his former marriage. The woman is in the coach harness business, but is of very intemperate habits, and so far has she carried this infirmity that she has been known, according to the statement of her paramour, to continually sell articles of household furniture away from her home and pawned her own wearing apparel in order to satisfy her craving for drink. She and O'Neil have, according to his account, parted many times during their three years' acquaintance and the last separation terminated about a fortnight ago, when the intercourse was renewed. She had been drinking to excess more or less ever since. Yesterday morning the man went to work at six o'clock, and on his return he was informed that Ellen had attempted her life by taking poison. She had had drink during the day, and in the evening she imbibed a draught of laudanum. Some of her neighbours conveyed her to the General Hospital, where the usual remedies were applied with some decree of success, and the woman is pronounced out of danger. From other sources it has since been ascertained that the woman is not alone blameable for the attempt on her life, as one might feel inclined to judge from the ex-parte statement at first received, as report says O'Neil has not treated the poor woman in the kindest manner."
"Attempted Suicide in Hospital Street"
Aris's Birmingham Gazette : June 4th 1864 Page 5