History and Information on Irving Street in Lee Bank at Birmingham in the County of Warwickshire.

Some history of Irving Street 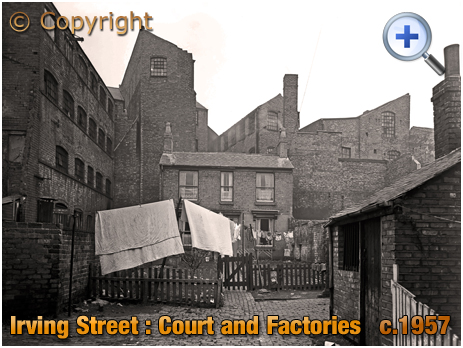 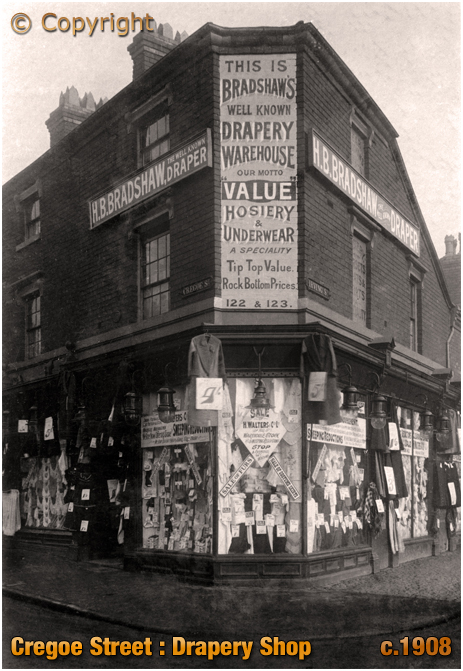 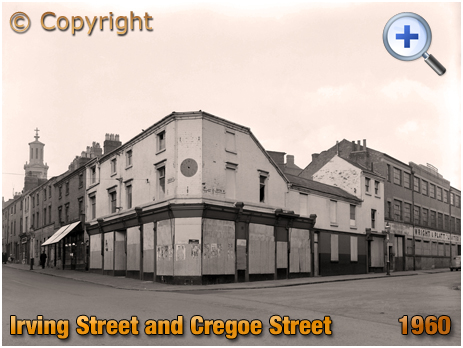 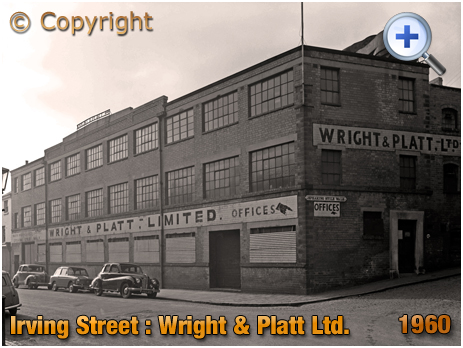 The map extract below shows the locations of the licensed houses in Irving Street in 1891. Reasonably accurate, the locations were roughly marked on the plan for the licensing justices of Birmingham. The map itself was drawn up by the city surveyor in June 1891. The red dots show fully licensed houses which, in 1891, numbered 653. Blue dots denoted beer houses, the total for which numbered 1,026. Green dots showed 499 off licences of various kinds. The total number of licensed houses was 2,178. I also have a similar map dated 1873, drawn up by the city surveyor William S. Till, which was used to plot the public houses of Birmingham in 1875 when there were many more beer houses. 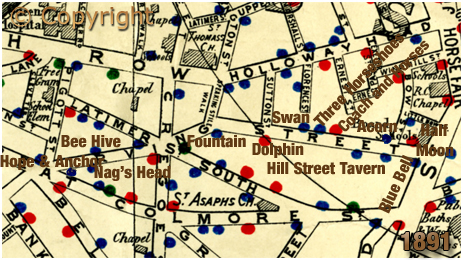 If you have a genealogy story or query regarding Irving Street you can contact me and I will post it here in addition to including your message within the website pages for Birmingham Genealogy.

If you would like to share any further information on Irving Street - perhaps you drank in one of the pubs in the past? Or maybe knew a previous publican running one of the boozers? Whatever the reason it would be great to hear of your stories or gossip. Simply send a message and I'll post it here.

"Abraham Hart [33], back of 9, Irving Street, engraver, was charged with violently assaulting his wife Agnes. The evidence showed that Mrs. Hart, having had some words with her husband, picked up the domestic poker with the intention of punishing him with it, when he wrenched it from her, and struck her a savage blow which knocked her down and inflicted an ugly wound on her head. She was taken to the hospital. She persistently refused to give any evidence against her lord, and the magistrates, relying on the testimony of a relation of the parties, who very reluctantly consented to be sworn, fined him 20s. and costs, in default two months' imprisonment."
"Wife Beating"
Birmingham Daily Mail : March 11th 1871 Page 2