History and Information on Lionel Street at Birmingham in the County of Warwickshire.

Some history of Lionel Street 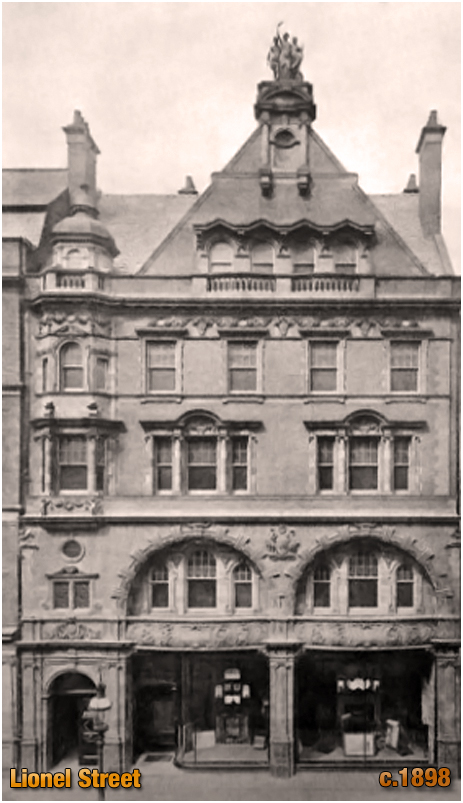 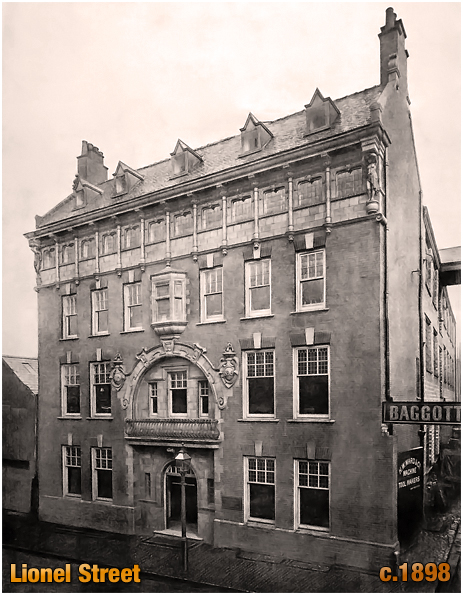 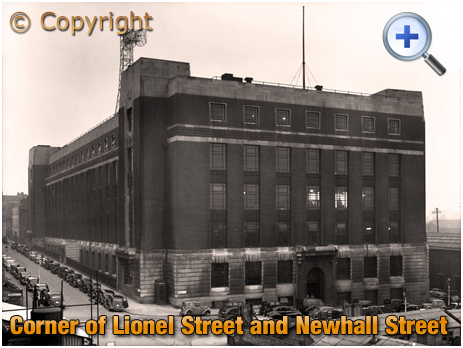 If you have a genealogy story or query regarding Lionel Street you can contact me and I will post it here in addition to including your message within the website pages for Birmingham Genealogy.

If you would like to share any further information on Lionel Street - perhaps you drank in one of the pubs in the past? Or maybe knew a previous publican running one of the boozers? Whatever the reason it would be great to hear of your stories or gossip. Simply send a message and I will post it here.

"Yesterday afternoon, at the Birmingham Police Court, before Mr. T. C. S. Kynnersley [Stipendiary], John Ellis, [20], hawker, of no fixed residence, was charged with unlawfully stabbing a young man named William Parker, solderer of Mary Ann Street; and Thomas Lowell [19], caster, Court, Lionel Street; Samuel Cumbell [20] brass-founder, Court, Brearley Street, and John McDermott [19], strip-caster, Court, Lionel Street, were charged with taking part in riotous proceedings, and violent assaulting Police Constables Stevens, Askew, and Fennell. The prosecutor, William Parker, said a disturbance took place in Lionel Street, on Saturday night, at about eleven o'clock, and on leaving a neighbouring public-house he was assailed by a gang of roughs. The prisoner Ellis savagely attacked him, and, after striking him a blow upon the forehead, drew a knife, and with it made a cut at his head. Witness put up his hand to defend himself, and the blade merely lacerated two of his fingers. As a sequel to this, McDermott came up and administered a running kick, at the same time calling out to his "pals" to join him. Some fifteen or twenty roughs made their appearance, together with some police officers, and witness gave Ellis into custody. A general riot ensued. A man, named Henry Wilson, gave corroborative testimony, and added that when the police first arrived McDermott cried out loudly to his companions, "Come on, chaps. Belts off; they shan't take him," meaning Ellis. Police Constable Stevens deposed that his attention was first called to the disturbance at a few minutes past eleven o'clock. On going to this spot Ellis was given into his charge for stabbing William Parker. The prisoner Lowell poured forth a torrent of obscene language and, together with some others of the gang, expressed their determination to rescue Ellis at all hazards. Witness was struck on the head with a large brickbat, which inflicted a severe scalp wound, and was knocked down and brutally kicked. At this juncture a young man in the crowd sprang a rattle, and Police Constables Askew and Fennell came up. The officers were obliged to use their staves, and some hard blows were exchanged on both sides. In the course of the mêlée the prisoner Ellis was rescued twice by his companions. Police Constable Fennell, who had received several kicks and blows in the skirmish, bore out the statement of the last witness, and said that McDermott appeared to be the ringleader of the gang of roughs. Police Officer Askew stated that when he was endeavouring to get Ellis to the lock-up the prisoner Cumbell came behind him and shouted out "Loose him." Immediately afterwards witness received a violent blow upon the back of the head which rendered him insensible. Several other witnesses, some of whom appeared by the bandages on their heads to have been brutally knocked about, were called, and they corroborated more or less the evidence of the constables, and spoke of the riotous nature of the disturbance. It was also shown that three of the prisoners were apprehended by Detective Sergeant Black after the affray, and that Lowell was arrested by Police Constable Stevens whilst the skirmish was at its height. In answer to the charge of stabbing, Ellis pleaded not guilty, and he was remanded, in order that medical evidence might be called as to the nature of the wound. The other three prisoners were committed for trial at the Sessions on a charge of assaulting the police."
"Riotous Proceedings in Lionel Street"
Birmingham Daily Post : February 15th 1876 Page 6