History and Information on Moor Street in Birmingham in the County of Warwickshire.

Some history of Moor Street 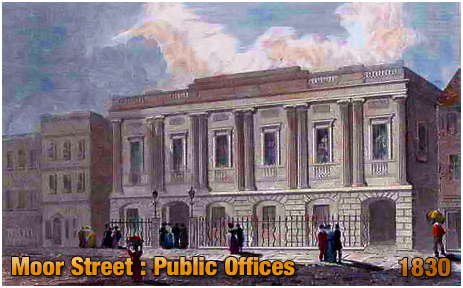 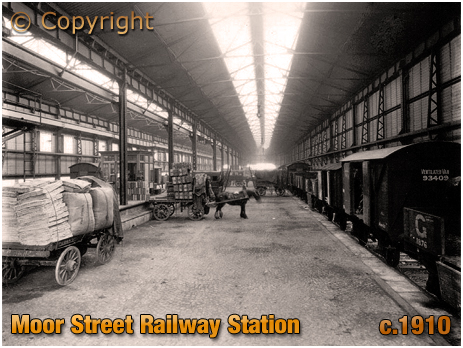 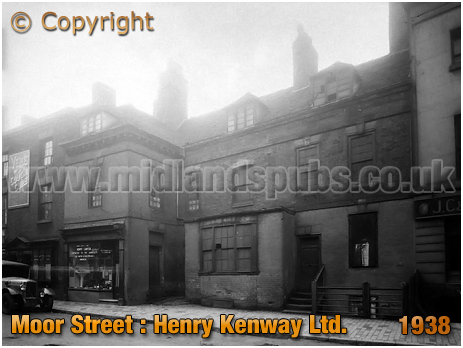 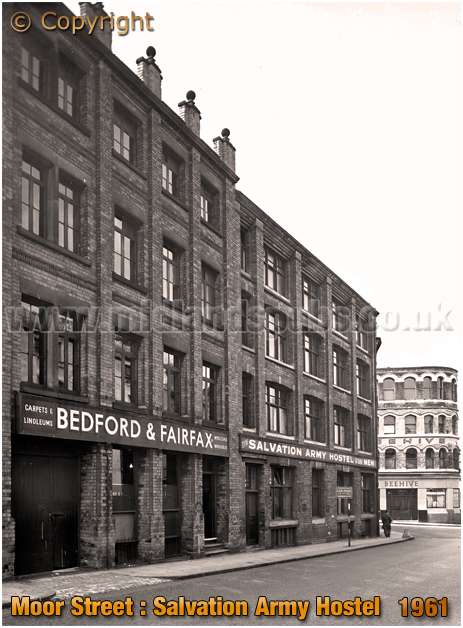 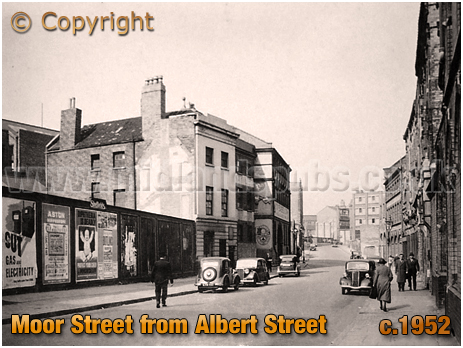 If you have a genealogy story or query regarding Moor Street you can contact me and I will post it here in addition to including your message within the website pages for Birmingham Genealogy.

If you would like to share any further information on Moor Street - Whatever the reason it would be great to hear of your stories or gossip. Simply send a message and I will post it here.

"About four o'clock, on Tuesday morning, an accident, which is likely to prove fatal, occurred in Moor Street. The new street, now in course of completion, and which will join Moor Street and Park Street, near Bordesley Street, runs parallel with the Great Western Railway, and is protected from the rails by a stout fence. Police Constable Avery [100] whilst passing this spot at the time mentioned had his attention drawn towards the railway by the moaning of some person, apparently in great pain. The sufferer proved to be an Irish labourer, named Patrick Flanagan, aged sixty, and was at once conveyed to the General Hospital, where he lies in a very dangerous condition. When at the hospital the man made a statement to the effect that had spoken to some men, who had thrown him over, but the Police Constable stated that he had been drinking freely during the previous night."
"Serious Accident in Moor Street?"
Birmingham Journal : September 30th 1865 Page 6