History and Information on Moseley Road at Bordesley, Highgate and Balsall Heath in Birmingham in the County of Warwickshire.

Some history of Moseley Road 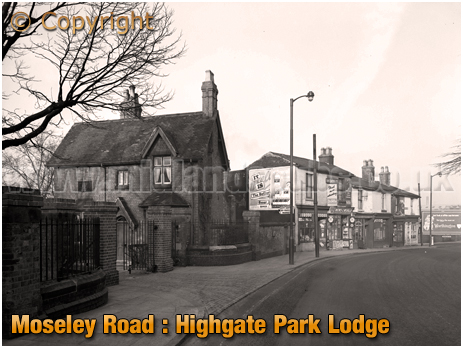 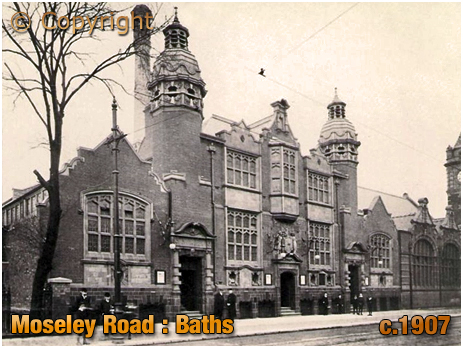 If you have a genealogy story or query regarding Moseley Road you can contact me and I will post it here in addition to including your message within the website pages for Birmingham Genealogy.

If you would like to share any further information on Moseley Road - Whatever the reason it would be great to hear of your stories or gossip. Simply send a message and I'll post it here.

"Yesterday very considerable excitement was occasioned in the neighbourhood of Moseley Road on it becoming known that Mr. William Frederick Marsden, surgeon, who resided near to St. Paul's Church, Moseley Road, had committed suicide by taking poison. Mr. Marsden arose as usual on Wednesday morning, and appeared to be in good health. He went out on his ordinary medical round in the morning, and continued attending to his duties up to a late hour at night. A little after twelve o'clock, Eliza Higgs, the cook, retired to rest, and was shortly followed by her mistress. Mr. Marsden was in the habit of remaining up till last, in order to attend to the locking of all the doors and seeing the place safe. Before going up stairs the cook noticed that her master appeared to be rather fatigued, but nothing remarkable was noticed in his appearance. About one o'clock she heard the deceased gentleman, who had not retired to his chamber, call out to his wife from below. He shouted "Ettie" three or four times, each time becoming more faint in his articulation, and appearing to be in great agony. Much alarmed, Mrs. Marsden at once proceeded downstairs, and the cook followed immediately. On reaching the hall they were startled to find the deceased lying on his back on the lawn in front of the house. A man named Grant, a blacksmith, living near to the place, was supporting him, and he was quite unconscious. Grant at once went for Mr. Scofield, surgeon, corner of Highgate Lane and Moseley Road, who was promptly in attendance. Police Sergeant Lawley and Police Constables Morris and Beasley were also soon on the spot, and the unfortunate gentleman was carried into his own surgery. A messenger was despatched in a cab for Dr. Heslop, who arrived in about half an hour, but by this time Mr. Marsden had breathed his last. It was stated that he was seen by a man who was passing by to drink something. The opinion of the medical gentlemen was that he had taken a quantity of prussic acid. The only reason given for the committal of this lamentable act was that he had been very busy of late in his professional duties, and this is supposed to have affected his brain. The deceased gentleman was highly respected by a large circle of friends, and his melancholy end is much deplored. The inquest will held due course."
"Distressing Suicide by Surgeon in Moseley Road"
Birmingham Daily Gazette : June 19th 1868 Page 3.