History of the Golden Hammer in Rea Street at Digbeth in Birmingham in the county of Warwickshire.

Some history of the Golden Hammer

The Golden Hammer was one of three public houses on the eastern side of Rea Street between Digbeth and Bradford Street. Below is a plan dated 1889 that shows the pub, along with its neighbouring competitors for trade. 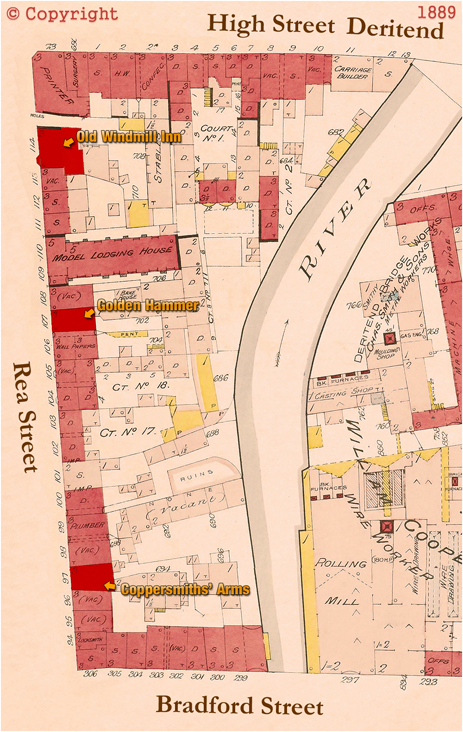 If you have a genealogy story or query regarding the Golden Hammer you can contact me and I will post it here in addition to including your message within the website pages for Birmingham Genealogy.