History and Information on Rocky Lane at Nechells in Birmingham in the County of Warwickshire. 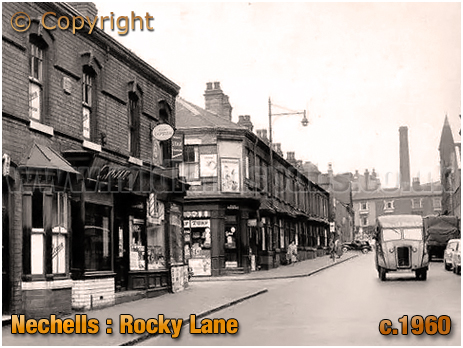 If you have a genealogy story or query regarding Rocky Lane you can contact me and I will post it here in addition to including your message within the website pages for Birmingham Genealogy.

If you would like to share any further information on Rocky Lane - perhaps you drank in one of the pubs in the past? Or maybe knew a previous publican running one of the boozers? Whatever the reason it would be great to hear of your stories or gossip. Simply send a message and I'll post it here. 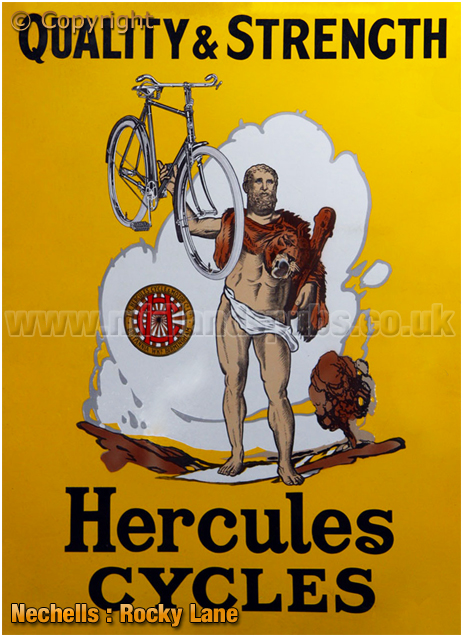 "At the Aston Police Court, yesterday before Messrs. Hill and Peyton, and Dr. Griffiths, Henry Tarpey. labourer, 6, Garden Walk, Longacre, Birmingham, and Robert Kemp, stamper, back 106, Cook Street, Birmingham, were charged with obtaining money by menaces from a man named Charles Hartley. Mr. Hemmant defended Tarpey. On the 7th inst. prosecutor was passing up Rocky Lane about midnight, when he saw the prisoners throwing stones up an entry at someone who was running away. When prosecutor came up they said, "We will make you remember coming across our track." Tarpey said, "Here is one of the Summer Lane birds," and, Kemp said they would either have the suit of clothes which he was carrying or some money, or would knock his brains out. He informed them that he had only twopence, and Kemp replied, "Well, you know how it is when two chaps are on the road and want a night's doss," one of the two following this up with the information that they had just met two young fellows and had knocked them down, and would do the same to him if he did not give them something. Prosecutor finding he had only three half-pence was informed by Kemp that that would do, and he was then allowed to pass on. The prisoners then went on to the other side of the road, and witness heard them stop a young woman. William Trueman, rivet-maker, William Henry Street, Birmingham, said he was in Rocky Lane about midnight on the date in question, when he saw the prisoners stone a young man who came up the thoroughfare, and who had to run up an entry to escape from them. It was just upon this that Hartley came up, and they asked him for money. Detective Inspector Evans said that on Saturday night he was passing up Rocky Lane from the direction of Nechells, when as he came to a dark part of the road he saw several persons. From what a man told him he went back, and met the Mays and the prosecutor Hartley, and in consequence of their statements he went towards the prisoners, who were approaching him, and knocked Tarpey down and arrested Kemp. He took both prisoners to the police station, and charged them with obtaining money by threats from Hartley. They made no reply to the charge, but said a man named May had struck them. On searching them he found one penny on Tarpey, and on Kemp twopence. Mr. Hemmant submitted that there had not been a sufficiently strong case made out to justify his client's committal for trial. The prisoners were further charged with attempting to obtain money by menace from Benjamin May and Mary May, man and wife. The two people were going up the Rocky Lane shortly before twelve o'clock on the 7th instant, when Tarpey accosted them, and asked for money, threatening that if this was refused he would strike the husband with a brick which he flourished in his hand. They caught hold of May's wife, and he ran away. They liberated his wife, and he subsequently saw Inspector Evans to whom he recounted what had taken place. Mary May, wife of the previous witness, said that the prisoners held her against a wall and demanded money for tobacco. She told them she had nothing, and begged them to release her, as she had a family of young children, and they then let her go, saying that if her husband was one of the Summer Lane lot they would follow him and dash his brains out. The next case proceeded with was one of attempting to obtain money from a young girl named Gertrude Bishop. The prosecutrix was stopped about a quarter to twelve o'clock on the night in question, when the prisoner Kemp asked her for twopence, adding that if she did not give it they would take her life. Tarney, who had a brick in his hand, knew her and let her go. Frederick Liddington, of 86, Charles Arthur Street, was also stopped by the prisoners on the same evening, and money was demanded from him. Charles Cottam, 117, Great King Street, said he was passing up Rocky Lane about midnight on the 7th, when he was molested by the prisoners, who asked tobacco from him, and when refused offered to fight him. Prisoners were committed for trial at the assizes on the whole of the charges."
"Sloggers Sent To The Assizes"
Birmingham Daily Post : February 18th 1891 Page 3