History and Information on Yardley at Birmingham in the County of Warwickshire.

Some history of Yardley

More information on Yardley to follow. I probably created the page as I had a link to Yardley from another page. When building the site it is easier to place links as they crop up rather than go back later on. I realise this is frustrating if you were specifically looking for information on Yardley. There is information on Birmingham dotted around the website - click here for a suitable starting place. Or, you may have arrived here from a link in Worcestershire as Yardley was once part of that county. Indeed, I may have to do some overlap to keep everyone happy - a bit in both sections. After all, the residents of Yardley were not keen about being absorbed by Birmingham in 1911.

I have uploaded a few photographs of Yardley as a starter. 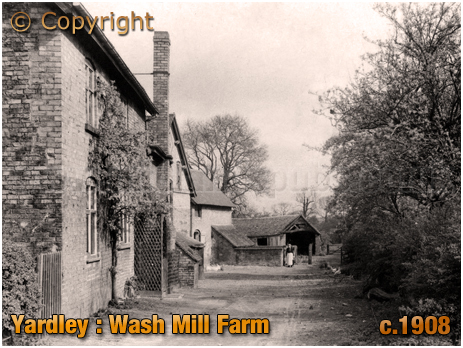 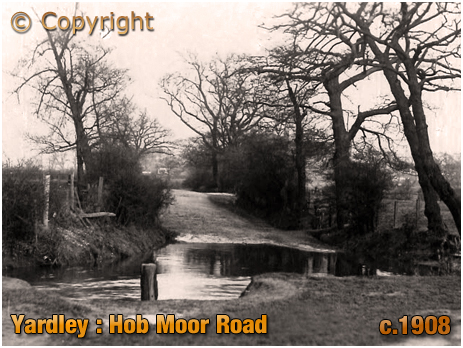 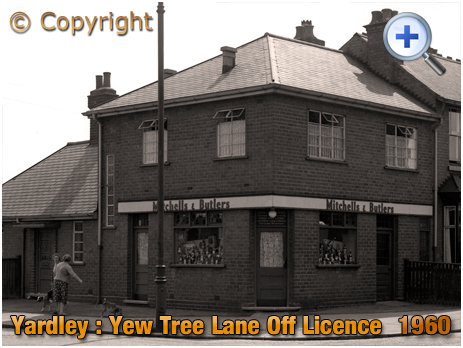 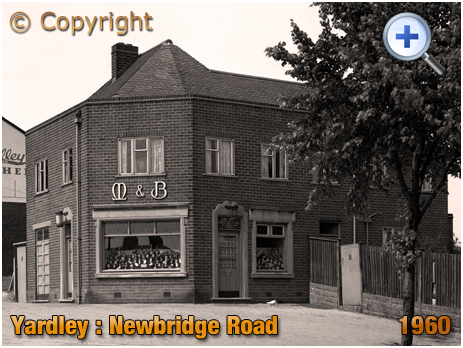 This off-licence owned by Mitchell's and Butler's was on the corner of Newbridge Road and Hob Moor Road. So, technically this building was in Small Heath. The shop still stands in the 21st century but has been converted into a fast-food outlet. Here in 1960 the neat-looking building with lovely doors was managed by a woman named Dora. Her surname is covered by the lamp over the door. During the Second World War the offie was run by Mrs. Hilda Parker. Born in October 1899, she married in the following year to Henry Purchase. She would later live further along Newbridge Road but was living in at 105 Manor House Lane in South Yardley when she died in February 1964. 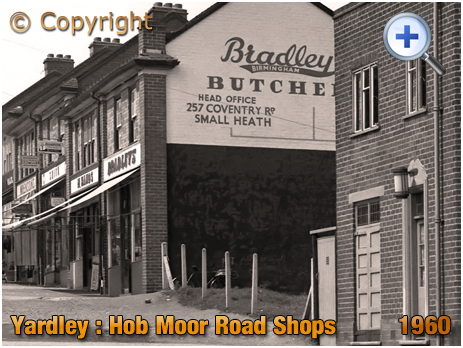 These shops were just around the corner from the off-licence on the corner of Newbridge Road. These buildings fronted Hob Moor Road. The nearest shop was a branch of Bradley's, the butchery firm with a head office at No.257 Coventry Road in Small Heath. In 1940 the shop was operated by the butcher Frederick Austin. At that time there was a greengrocery next door, then a hardware shop and the next shop was a branch of Wrenson's Ltd., a grocery firm. This was still here when this photograph was taken in June 1960. 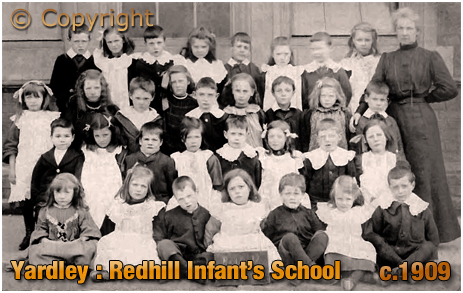 If you have a genealogy story or query regarding Yardley you can contact me and I will post it here in addition to including your message within the website pages for Birmingham Genealogy.

If you would like to share any further information on Yardley - perhaps you drank in one of the pubs in the past? Or maybe knew a previous publican running one of the boozers? Whatever the reason it would be great to hear of your stories or gossip. Simply send a message and I will post it here.