History of the Journey's End on Clay Lane at Yardley in Birmingham in the county of Warwickshire.

Some history of the Journey's End

The Journey's End stands on Clay Lane where the road is joined by Woodcock Lane North. In the below photograph from 1954 Clay Lane enters the image from the right and heads off into the distance. Woodcock Lane North enters from the left. Clay Lane is of some antiquity and is marked on old maps with the largest building near this location being Lyndon Farm. 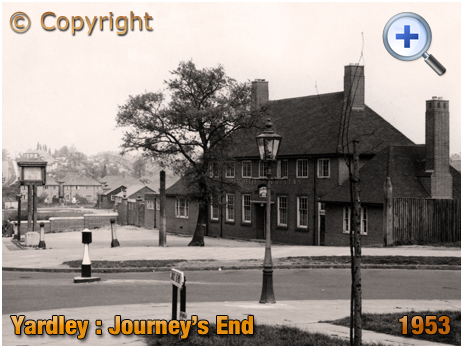 In the early years of the 20th century there were just fields in this location. In this photograph dating from May 1953 there is considerably less development than in modern times. In the 21st century there are a lot more houses and a considerable amount of trees. There is hardly a tree to be seen in this image. 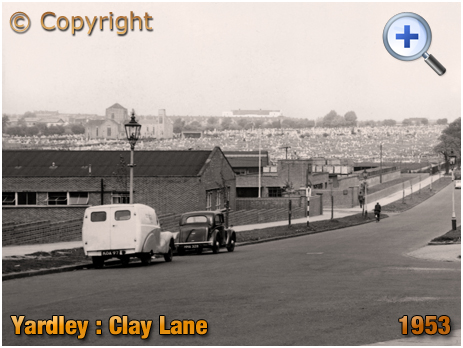 On the opposite side of Clay Lane from the Journey's End there was a complex of buildings marked on old maps as Government Offices. Part of this site became a driving test centre. In the distance is Yardley Cemetery and Crematorium. The large building on the skyline may be the Tivoli Cinema on the Coventry Road. 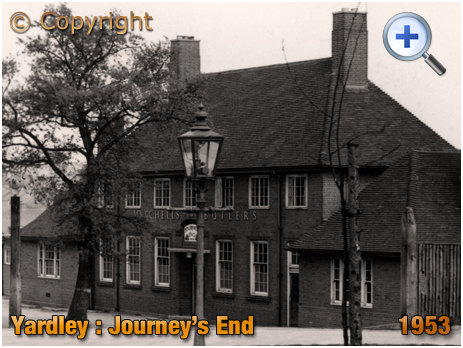 Paying the sum of £2,722.10s.0d. in June 1938, Mitchell's and Butler's acquired the land for the construction of a new public-house in this developing part of Birmingham. The Cape Hill brewery paid a further sum of £750 on opening the premises to the public on October 2nd 1939. The company also had to fork out £640 for road-widening.

Advertisements for jobs at the new public-house appeared in the local newspapers during September 1939. There were a number of live-in or live-out positions to be filled including barmaids, night waiters and a charwoman. Applicants had to report to the Crown at Hill Street in the city centre, the reason being that William Williams, the publican, was about to move to the Journey's End to become the first manager of the house.

As for the name of the new public-house? Well, although Journey's End was a popular play penned by R. C. Sherriff and premiered at London's Apollo Theatre in 1928, with Laurence Olivier in the lead role, one cannot help think that the name is a slightly tongue-in-cheek reference to the cemetery across the road. Indeed, at one time the pub had a pictorial sign showing a patch of grass pushing up a bunch of daisies. 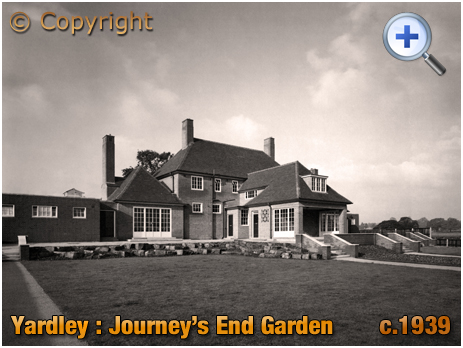 This photograph of the Journey's End was taken not long after the public-house was opened in October 1939. Never mind the war effort, better make sure the garden is looking good!

An employee of Mitchell's and Butler's, the first manager of the Journey's End was William Williams who had previously run the Crown on the corner of Hill Street and Station Street in the city centre. He would have found this a completely different experience. And when the Journey's End was closed for business he would have found it a lot quieter out in Yardley. Whatever, he did not remain as manager for long and had left by the autumn of 1940. 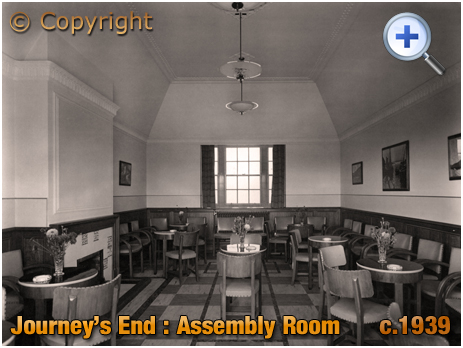 Charles Giles took over as manager and licensee in September 1940. He and his wife Elsie had previously kept the Commercial Inn at Shakespeare Road. They had been running that pub since May 1927 so they were not, like many in the trade, fly-by-nights. Indeed, they would remain at the Journey's End for 16 years. Born in 1892, he married Elsie Chatwin at King's Norton in January 1920. The couple's children lived here throughout their long spell at the pub. I think Elsie Giles died in 1954 which may have been the reason for Charles leaving the Journey's End. 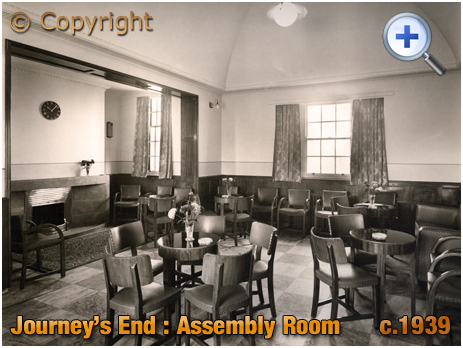 The turnover of licensees during the 20th century was fairly low compared to some public-houses so it would seem that people were happy managing the Journey's End. If you know any of people listed as licensees and can share any memories or stories please get in touch. 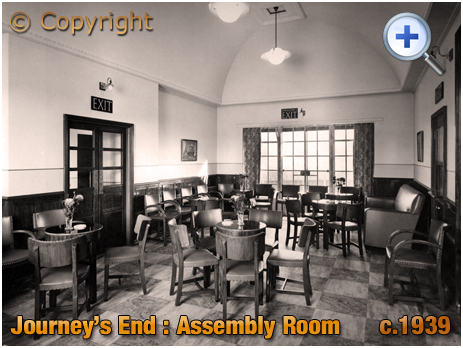 If you have a genealogy story or query regarding the Journey's End on Clay Lane in Yardley you can contact me and I will post it here in addition to including your message within the website pages for Birmingham Genealogy. 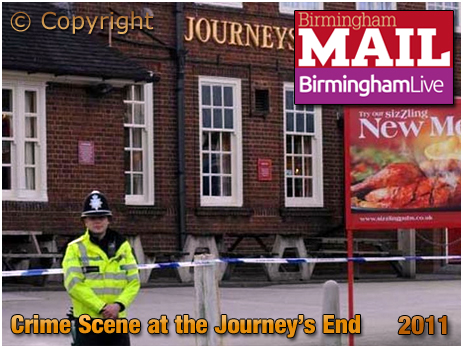 "A Birmingham pub was sealed off after raiders were caught in the act by passing police officers. A man was arrested in connection with the burglary at the Journey's End pub in Clay Lane, Yardley, at 4.30am yesterday. West Midlands Police said officers on patrol discovered the burglary prompting two men to flee in a car which was believed to have been stolen. The officers lost sight of the pair but the car was later found crashed in Coventry Road. A third man ran off but was arrested nearby. A West Midlands Police spokesman said: "Officers on patrol in Clay Lane came across a burglary in progress at the Journey's End pub at around 4.30am. Forensic scene investigators are searching for forensic evidence and detectives are looking at CCTV." Police taped off the pub car park as well as Clay Lane's junction with Gilbertstone Avenue near Gilbertstone Primary School. Deborah McDonald, who lives near the pub, said: "I'm surprised because I put my bins out at midnight and there was nothing then. It's not a pub that has trouble all the time. It's a local pub that has the same people going in."
"Pub sealed off after police catch raiders trying to break in"
Birmingham Mail : April 7th 2011.