I cycled around until I was 17 and then there was a bit of a gap whilst I passed my driving test and discovered there was life outside of the Midlands. When I lived in Berlin I bought a Raleigh bike so that I could commute to work at the Olympic Stadium complex. At the weekend I also spent many a happy hour touring Charlottenburg-Wilmersdorf and further out to places such as the Grunewald Forest and The Havel. In the hot summer months I would roll up to a nice bier café and enjoy a Berliner Weiße before pedalling off again. I seem to associate cycling in Berlin with this deliciously refreshing drink. 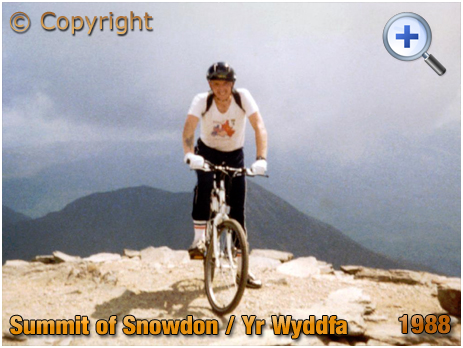 Back in the UK I bought the mountain bike featured in this photograph. Mountain biking was only just taking off after it had been popularised in the United States by the likes of Gary Fisher. Having mastered the art of orienteering representing the Army in the British Championships and European competitions, such a bike was perfect for heading out on a trail with an Ordnance Survey map in a plastic wallet flung over my shoulder.

Whilst stationed at Blandford Forum, my unit organised a summer camp at Capel Curig. Some stuck-in-their-ways soldiers would moan about such Outward Bound weeks but I viewed them as a great way to learn new skills, undertake a few white knuckle activities and grab any bonus opportunities. For example, on this course I gained a Class 2 licence in windsurfing. In between the hiking and canoeing we had some free time. In the weeks beforehand a few of us came up with the plan to ride our bikes up to the summit of Snowdon. We were already fit so did not worry too much about training for this. However, once we were in Wales the others backed out of the trip leaving me to tackle this climb on my own.

On the day I headed to Llanberis for a big breakfast at the renowned Pete's Eats Café. Suitably loaded up with fodder, I headed up past the woods of Coed Victoria and past the waterfall before picking up the Llanberis Path which follows a similar route to that of the railway. It was a scorching hot day and I was quite parched by the time I reached Halfway House where they were selling teas and Mars Bars. The latter went in sideways as I was in need of a sugar hit. A quick half-gallon of tea and I headed off for the difficult bit up the slopes around Clogwyn Station and Bwlch Glas. I was not used to such gradients and quickly found that it was not possible to stand on the pedals without spinning the back wheel on the shale. The alternative is to remain in the saddle and grind it out.

The sight of a mountain bike on this footpath was still relatively rare back in the 1980s and the passengers on the train would mostly stare in disbelief that some idiot was cycling up the mountain. Others however would shout some encouragement which was gladly received. The crowd at the top roared me home and slapped me on the back as I rolled up to the café terrace. Yr Wyddfa may only be 3,560ft above sea level but I felt as though I was on top of the world. This was my first 'real' achievement on a bicycle and I was so chuffed with myself.

Riding back down was not as straightforward as I imagined. My fingers were aching with the braking down the slippery slopes. My bike-handling skills were honed 'on the hoof' as I made my way back down. You may note that I had rigid forks so it was tough going. My route was down the very awkward path to Glaslyn and following a miner's track to Llyn Llydaw. This was a beautiful and quite dramatic route on which I almost upended the bike on several occasions which would have resulted in quite a long fall. The path emerges at the car park at Gorphwysfa.

The ride back to Capel Curig was a joy. Despite the fact that I have since reached for much bigger targets or goals, I look back fondly on this ride, the day I became a 'proper' cyclist. 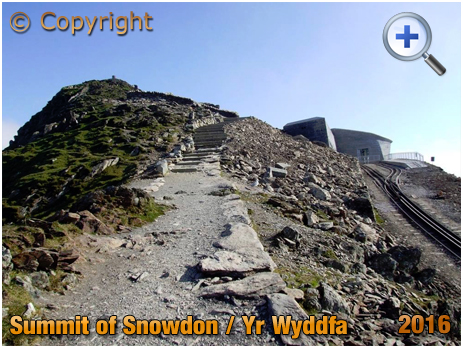 I see that the footpath has benefited from some work since the period in which I rode up Snowdon. I do not recall any steps near the summit during my climb and none of the boulders that have been placed to prevent track erosion. I believe that there are also restrictions to riding up the path during the summer months these days. Thinking back I rode the last one hundred metres slightly to the left of the railway track.

One of the essential pilgrimages for any music devotee is 706 Union Avenue in Memphis, Tennessee. It is Spring 1989 and I have rocked up wearing a Sonic Youth tee-shirt. I could really name check if I mention that, when I went to see Sonic Youth in 1988, I caused a sensation by turning up in a hyper-rare Sewer Zombies tee-shirt. 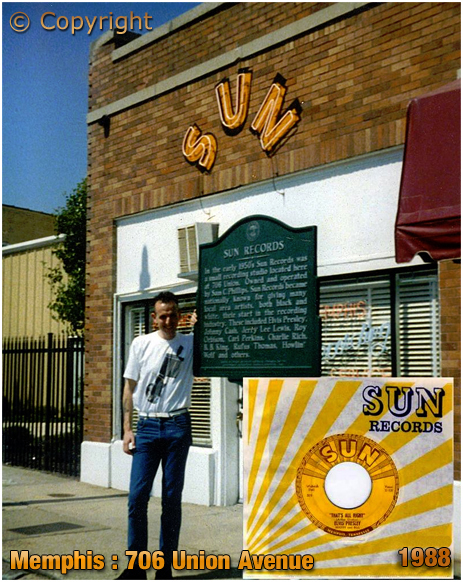 So what's the big deal with the Sun Studios? Well, I have never been an Elvis fan, though some of his early output was sensational. And who could forget the pelvis action that horrified middle America? No, the key aspect of this building for me, notwithstanding the Johnny Cash connection was that, here in 1951, Jackie Brenston and his Delta Cats, along with Ike Turner on keyboards, recorded what is arguably the first Rock'n'Roll record. And you can do a roll-call here with names like Howlin' Wolf, B.B. King, Carl Perkins, Roy Orbison and Jerry Lee Lewis to name a few. Yes, respect had to be paid.