This article is entitled "What to do with NJINGSNE in your Scrabble tile rack." It all started at Olympia - over a pint of beer of course. La Goddess du Vélo and myself were getting stuck into the ales at the 1999 Great British Beer Festival. We were half-way around the hall dutifully sampling beers that had never passed our lips. And very pleasant they were too. Then something quite extraordinary happened. We happened upon the Champion Beers stand and I took a fancy to a northern beer with the quirky name. It was then that the meaning of nirvana was discovered. Not that these things are meant to be kept secret of course. So we wandered over to our drinking chums Tony and Bridget Skirving and, in typically reserved and understated fashion, bawled something like "get yer arse over there for some of the Cocker Hoop." 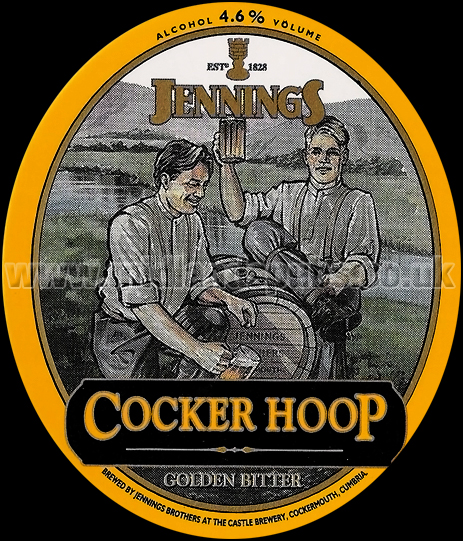 Technically, what we are supposed to do at these events is try out as many different ales as possible but the Jennings brew kept drawing us back. Basically the cask was the strongest magnet ever produced and we were just hapless iron filings.

During the following days the subject of the Cocker Hoop arose time and time again. I know we are lucky to live a bibble's throw from breweries such as Batham's but we wanted to have some more of that damned Cocker Hoop.

Knowing that, when it comes to beer at least, Tony Skirving has a breaking strain of a Kit-Kat, it did not take much to convince him that a weekend trip to Cumbria was more essential than getting the week's groceries in - especially when those splendid people at Jennings said we could wander around their brewery and try out some of their other ales. For free! 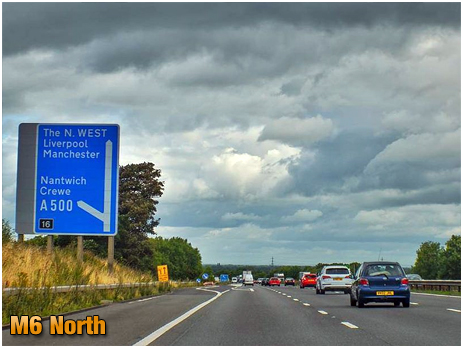 There was one snag - Tony and Bridget somehow talked me into driving. Now, there are countless things that can bore one to tears. There is the old chestnut of 'watching paint dry' but what about reading the instructions that come with a new kettle. Try doing a cloudless sky on a 5,000 piece jigsaw puzzle - now that is boring. As far as I am concerned, driving on motorways ranks up there with listening to my neighbour rambling on about shutter speeds or air shows or rawlplugs or his lawnmower or, well you name it, and he will ramble on about it and I cannot ever seem to escape his monotone. Never mind being punched by a Mike Tyson haymaker, a good stretch of motorway is all that is needed to send me into a coma.

There has been the odd occasion when I have employed the driving manoeuvre of actually nodding off. I remember once waking up on the A1 heading for Scotch Corner at some unearthly hour and I could not remember the last place where I had all my faculties. And why is it that all road signs north of Derby seem to include how many miles it is to the great metropolis of Scotch Corner. Believe me, I have been there and can report with some authority that Scotch Mist is more substantial than Scotch Corner. Anyway, all this persuaded my passengers that what was needed was a bit of stimuli to keep me awake. So we packed the Travel Scrabble.

Now there is nothing like a good game of Scrabble to take the mind off the tedium of driving. And why do the manufacturers think I need a tile rack when I have got a perfectly good dashboard in front of me. The oil warning light would have been wasting its time trying to tell me the engine's moving parts were about to go on strike because it was covered for most of the journey by an awkward V tile. Forget counting Eddie Stobart trucks, with a good game of Scrabble going around the car, you are over the Manchester Ship Canal in no time at all. And by the time I had got rid of my X the Lake District was a few centimetres away. Well, on the map at least.

As we approached the fells of the Cumbrian Mountains the four of us struggled to articulate just what is it that makes us go 'ooh look at that mountain.' Unquestionably, the sight of these hills manages to lift the human spirit. Why even their brown contour lines on a map look exciting. And Cumbria is full of the things. However, who has got time to look out the window when you are trying to figure out what to do with three I's and two R's.

By the time we arrived at the lovely town of Cockermouth Tony seemed a little preoccupied. I sussed out why when I got out to stretch my legs and spotted he was sitting on a 50 point bonus with the seven-letter word of Avenues burning a hole in his tile rack. He never did get to find a place for it on the board even after I caught him in the town's bookshop looking vainly for a connecting word in their dictionary! My seven-letter word played somewhere near the turn off for Preston had sealed victory for the chauffeur. 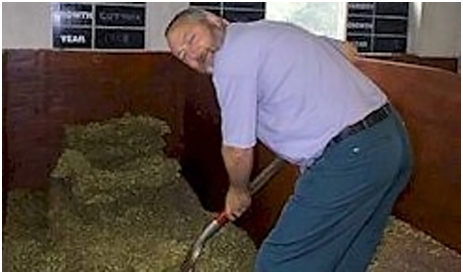 This is the cheating git actually doing some physical labour - well, posing at the hop bins. The Jennings tour of their Castle Brewery is excellent. Our host, Phil Haslehurst, was seemingly born to lead visitors around the premises and share his tales. He did however have some tragic news for us. They had run out of Cocker Hoop the day before. We had travelled 211 miles to learn that the well was dry. Fortunately, the other Jennings brands were in good form and eased the disappointment. The distinct taste of their beers owes much to the water source - a well at the confluence of the Cocker and Derwent rivers. The Cumberland Ale in particular is a splendid golden hoppy ale.

The lack of Cocker Hoop caused something of a crusade in the afternoon and evening as we went in search of a Jennings pub that maybe, just maybe, had a barrel of the golden nectar on the go. The quest proved fruitless but we did find a truly outstanding pub with its own microbrewery. The Bitter End is a cracking pub that sells a weekly ale alongside its regular Cocker Snoot [this tongue-in-cheek title even has a similar label]. The reasonably-priced food is pretty good too.

If you thought you could visit the birthplace of William Wordsworth on your weekend break - forget it. The Georgian town house is closed Saturdays and Sundays! You can however spend a few hours wandering around the town's car and toy museums. The enjoyable aspect of the car museum is, oddly enough, not the exhibits but the couple who own and manage it. Ted and Olive are incredibly enthusiastic and will spend time with you talking about their ventures in some of the cars. They use some of vintage vehicles in off-road rallies. Here is a couple who you couldn't fail to admire. They seem to have cracked life in that they are managing to make a living out of their hobby.

Olive looks something of a 60s throwback with her cardy and rimless spectacles but she is something of a daredevil deep down. She used to roar around on a motorbike in her youth. And in true Cumbrian spirit she served us a pot of tea with four teabags in it. A sign of a good cuppa here is if you can float one of Ted's spanners on it. Ted and Olive's visitors book is a bit of a gem - it is a mini saloon. You get given a felt pen as you walk in and you simply have to find a space on the car to sign your name. It is not easy to find a space which is good news for Ted and Olive because it shows how many people have wandered in either because Wordsworth House is closed or to take shelter from the rain which happens a lot in Cumbria. Olive delighted in showing us a signature from a visitor from Chernobyl although it was hard to miss as it was worryingly surrounded by a red outline. One could not help wonder why this person wanted to be so close to Sellefield?

If you like treasure hunts try finding the Betta Bilda in the toy museum. We spent ages looking for their one modest exhibit. The next time we visit Cockermouth will have to coincide with what sounds like a classic event. You remember those yellow ducks they used to have at fairs? You know, the plastic ones that you fished out to find what number was painted on the bottom with which you claimed your prize. Well, the town must have bought all of them up because each year they have a monster raffle in which every ticket is represented by a duck bearing the corresponding number. They then wait for the sun to come out so everyone can witness the race of the year. The ducks get hurled off a bridge upstream and there then follows a period of nail-biting drama as the township roar on their charges. It is the first duck past the post to win. Maybe the prize is donated by Jennings? You can just imagine the photograph in the Cockermouth Tribune of the jubilant winner holding aloft the champion yellow duck. 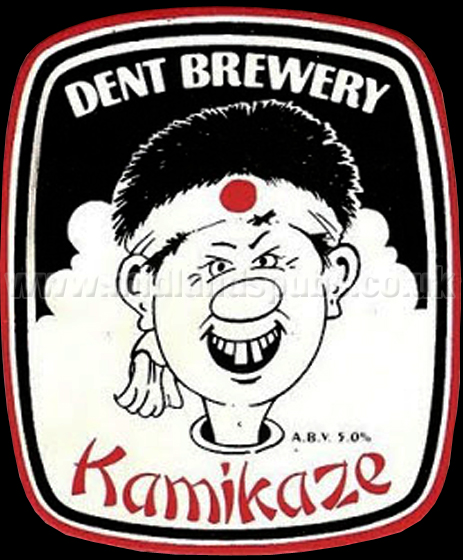 The weekend had a hidden agenda of course because Tony and Bridget had also been hankering after a pint of Kamikaze which is brewed in the Dales village of Dent. They have been on about this potent brew for more than a year ever since they got legless on it so I pointed the car in the general direction and off we went in search of another legendary ale. It looked fairly straightforward on the map - turn off the M6 at Junction 37 turn south down the A683 and then left for Dent. And it is fairly straightforward except you cannot help to lose faith a bit when there are no road signs and the tarmac is a little overgrown. Of course, if you want to ask for directions there are plenty of sheep. Eventually though, the road does lead to Dent where you will find the Sun Inn.

The pub is open all day on Sundays but turn up at 2.20pm like we did and they will laugh in your face if you ask for food. It finishes at 2pm. No matter how much you explain that you have crossed three time zones and braved a stampede of menacing-looking ewes, you will not get any change out of the miserable lot who refused to turn the cooker back on. Still, the beer was superb and Dent is definitely worth the trip. However, do not expect a ding-donging Scrabble game on the way home as your Kamikaze-fuelled passengers tend to nod off within three miles.