Blog for August 2015 with Photographs, Travel Notes and Local History 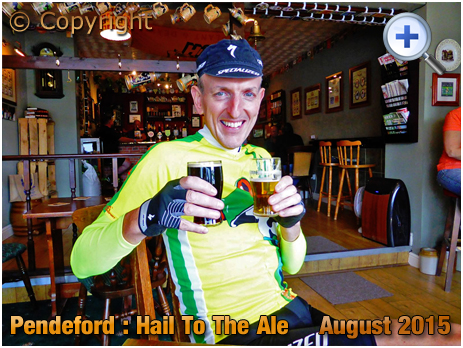 I know I look rough on this photograph - I have had the mother of all cold-virus-bug thingys all week and today was the first time I could face any beer. You know things are bad when beer is off the menu! Anyway, today I managed a leisurely 65-kilometre ride with La Goddess du Vélo to Pendeford in order to have a beer in CAMRA's County Pub of the Year. We have been to Hail to the Ale before but somehow had always missed their own Morton beers made in Essington. However, today we dropped lucky and enjoyed some excellent glasses of Monkey Hornby, a 4.6% pale, hoppy ale. Also very nice was the RCH Old Slug Porter, an appropriately-named beer given the state of me on a bike today. I really like this micropub because, unlike some of the others I have patronised, this place actually feels like a pub, not just a ex-shop flogging beer. I couldn't help but wonder if the CAMRA award has upset the older, more traditional pubs - I mean, when is a pub a pub? Perhaps there should be a separate category for micropubs. And, thinking about it, maybe another for craft keg? Whatever, Hail to the Ale certainly shows some of the old guard how it should be done, a place in which to enjoy fine ale within a pleasant drinking environment. 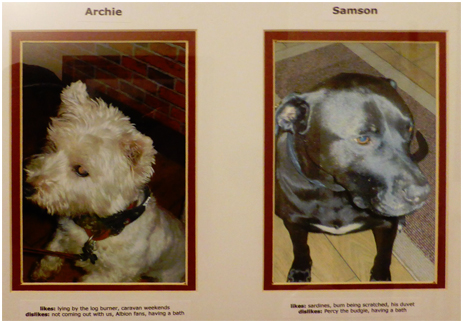 I spent more time than necessary in the toilet at Hail to the Ale, the reason being it took a while to view the extensive gallery of dogs on the wall and, in particular, reading their likes and dislikes. I presume these are the dogs of regular customers - a nice touch to feature them like this. Our dog would have included "having a bath" in her list of dislikes. Oh, and also the hoover. 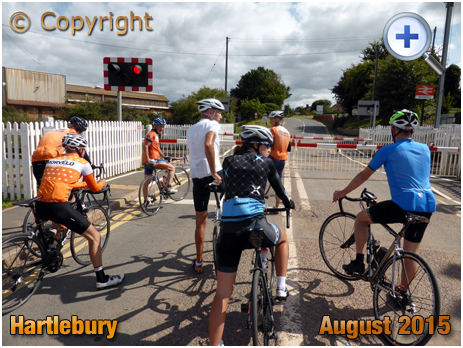 Hardly like being stuck at the famous level-crossing in Paris-Roubaix, here we were caught out at Hartlebury during a club ride with Stourbridge Cycling Club. I tend to ride alone or with La Goddess du Vélo these days but I thought I would put in an appearance with my local club. I guess, like any club or society, the main thing one has in common with other members is the activity in which we are engaged. I seem to have a rather singular attitude to cycling in that I view it as a transport mode with which to view the countryside whereas many members of cycling clubs that I have met are only interested in turning the pedals faster. Some like to just get their head down without engaging with the wider environment. Moreover, it is very hard to convince other club members to call into a pub for a quick beer. Indeed, I used to organise some club runs during which I replaced the café stop with a visit to a pub. Despite the fact that many pubs sell coffee and cakes, there were complaints! 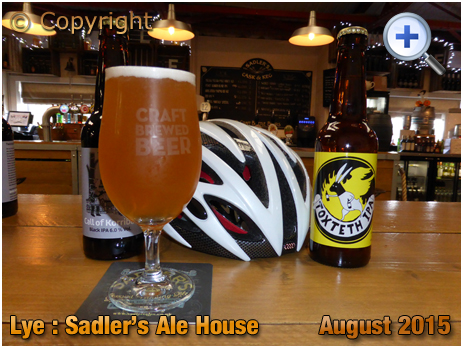 We have gone to the dark side ... after a ride to Henley-in-Arden yesterday, we ended up at Sadler's Brewery Tap next to the railway station where we did NOT drink any cask ale, opting instead to do the board of craft keg. Top of the Pops was Toxteth IPA a brew that was so refreshing we ordered a few more. And then we filled the pockets of our cycling jerseys before wobbling home. By the way, they have expanded the bottled beer range and this could number 400 by this week as Tim told us more racking was being installed behind the servery. 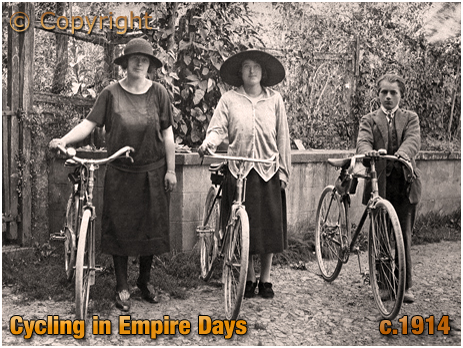