Blog for September 2015 with Photographs, Travel Notes and Local History 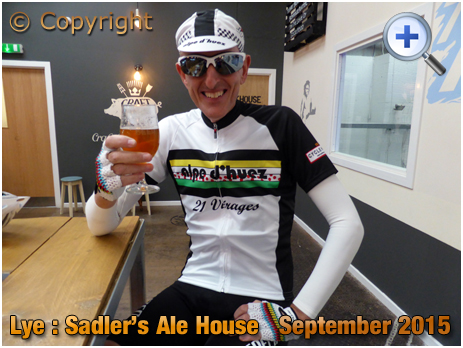 There has got to be a limit to the number of "look at me drinking beer" photographs. However, today we wound up at Sadler's Brewhouse following our cycle ride on Sunday morning. The other night we went out to three local pubs and the cask beer was so-so or worse in all three. When real ale is served up like this I cannot help but feel it is a total waste of our hard-earned money. Today, we elected to drink craft keg as the resulting tastes and flavours tend to be more consistent. Moreover, there seems to be some exciting things happening in the keg world. Here I am supping some "Cool as a Cucumber" by the Wild Beer Co. who describe this as "a Fyne and Wild collaboration brew ... in which the clean, cool and refreshing qualities of 93 cucumbers and a garden full of mint were infused into a beer for a unique hit of summer in a glass." Cucumbers? Whatever next? Also enjoyed today were Siren Craft's "Dinner for Seven" and Mad Hatter "Follow The White Rabbit" which is made by the brewers of the devastatingly good Toxteth IPA. 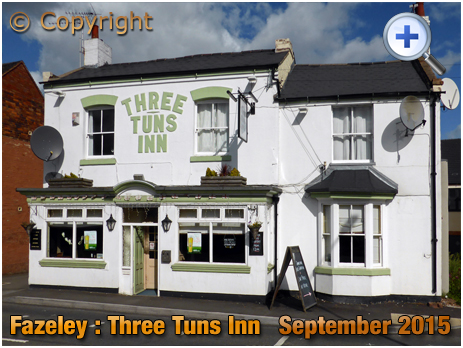 I had not been to the Three Tuns Inn at Fazeley for a few years but found myself cycling past this morning. I did not really have a plan today and just went where the bike took me. Next thing you know I am at the Green Man in Coleshill. I headed out towards Whitacre Heath, Kingsbury and Dosthill before descending into Fazeley. It was great fun. And great too to see the Three Tuns looking rather resplendent. The pub has been run for a couple of years now by Martin, a friendly and enthusiastic landlord who is stocking an interesting range of real ales that, today, included Bath Ales Conversion and Alchemist Firestarter, the latter being brewed in Loughborough. I have some historic material for this pub which I will have to dig out as Martin is quite keen to have some of the pub's story on the interior walls. 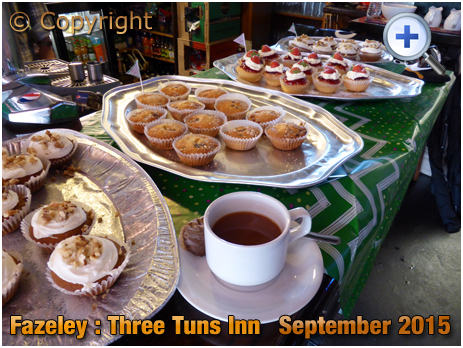 As part of the Macmillan Coffee Morning event, I enjoyed my tea and cake this morning at the Three Tuns Inn where Toni had a great cake display on the bar. Hooray, coffee morning in a pub!