Blog for April 2021 with Photographs and Information

There were early signs of Spring today so we went for a meander around Haden Hill Park, a place very important to us. Since losing our dog some years ago, we do not visit as much as we used to. We used to bring our daft mutt a few times a week as it one of her favourite places too. 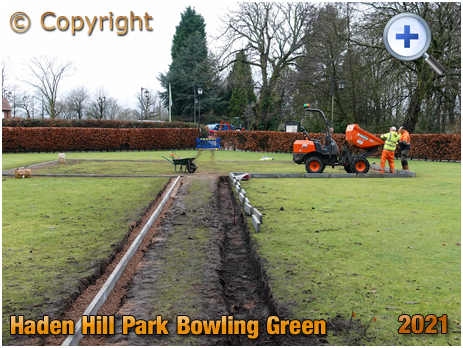 We were very saddened to see that the council have deemed it appropriate to dig up the historic bowling green next to the pond in order to create a picnic area. I believe that the close proximity to the car park has been cited as a reason for this location. However, I would argue that the upper level of the grounds around the house are wheelchair friendly and this work could have been located in a more suitable place. The bowling green has been here for generations and was still in regular use. Indeed, a few of my friends used the green on a regular basis. This carnage cannot be reversed or recovered and the work looks shoddy at best. What a sad sight. 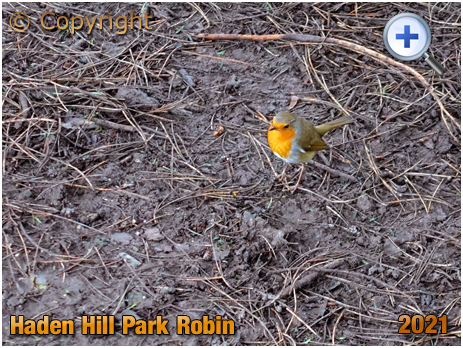 We did at least try to revive our spirits with a circular walk around the park and did indeed see signs of Spring. The birds were busy, I filmed a Jay in the trees and the snowdrops and crocus plants were popping up in places. 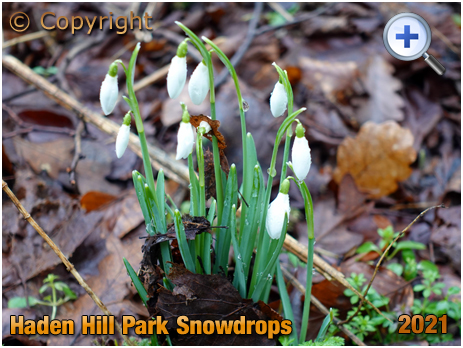 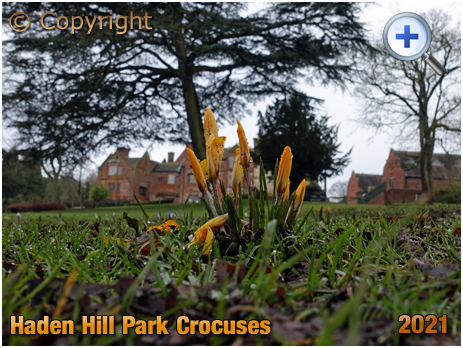 We have an old chestnut on the go tonight. Brewed at Watou since 1945 when the Sint-Sixtus monastery granted a licence to replicate their ales, the beers of Sint-Barnadus are as good as the ales of Westvleteren. 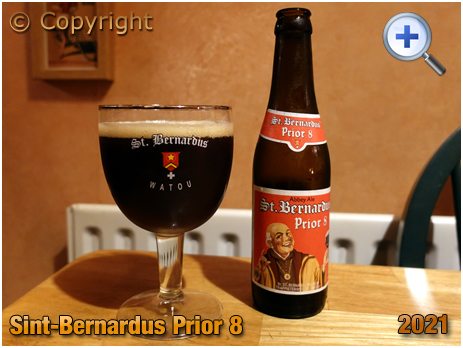 We have a phrase at home that "Bernie Acht never lets you down." And every single bottle of Prior 8 has proved to be utterly reliable. It is brewed in the classic "Dubbel" style and has a ruby to purple colour. And it is so-o-o-o smooth. And yet it has that lovely ping at the end, a perfect balance of sweet, bitter and maltiness that sends your taste buds into overdrive. Based simply on the sheer good times down the years, I think I would have to include Sint-Barnardus Prior 8 as one of my Desert Island Beers.

Well, not as much fun as being down the pub, but I danced around the kitchen to the sound of Prince Fatty whilst cooking a veggie Adriaki Bhuna. 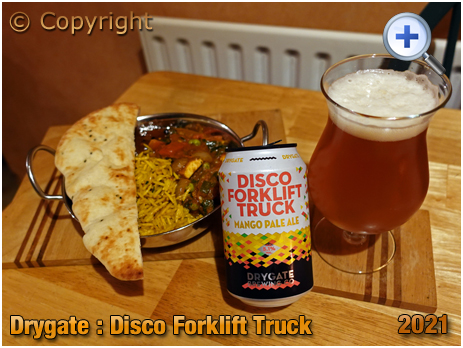 A nice beer to go with the tangy flavours is Disco Forklift Truck, a 5.7% beer loaded with tropical flavours. Although we try to support local breweries, I bought this from Aldi for about £1.29p. It is produced by the Drygate Brewing Co. in Glasgow. We rationed the naan bread to half a slice each as we are in pre-season training! La Goddess du Vélo said the food was bostin' so I reminded her that I am such a trophy husband.

This was the beer of choice for Valentine's Day celebrations, not that it got in the way of a bit of bicycle training. Cannot be too decadent! 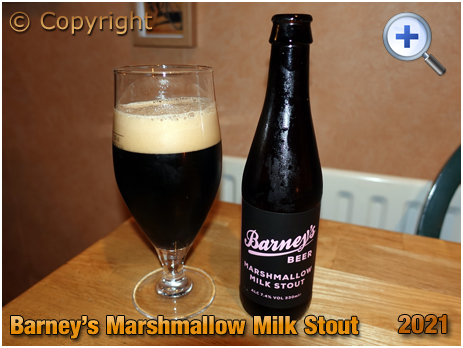 Produced in Edinburgh by the son of a Midlands brewer, Marshmallow Milk Stout is lovely throughout the taste experience, from initial hit on the tastebuds to the long-lasting finish. Barney is brewing on a site thought to be the longest established non-continuously operating brewery in Edinburgh. He describes this as a "decadent dessert beer with rich notes of sweet chocolate and vanilla with a gentle dry finish to create the flavour of marshmallows roasting on an open fire" making it an excellent Valentine's Day beer. At 7.4% ABV I cannot believe that I found this on the shelves at Lidl for just something like £1.29p. The local soaks buying cheap strong cider did not realise that this represented better value in terms of pound per alcoholic volume. It was part of a limited edition offer in the middle aisles. I only bought a couple but after I had tried one and found it to be quite wonderful, I went back and cleared the shelves in three of my local outlets! I am curious how a small brewery can turn a profit when supplying to a supermarket that sells it so cheap£ If anybody can enlighten me on the economics of this I would appreciate it. 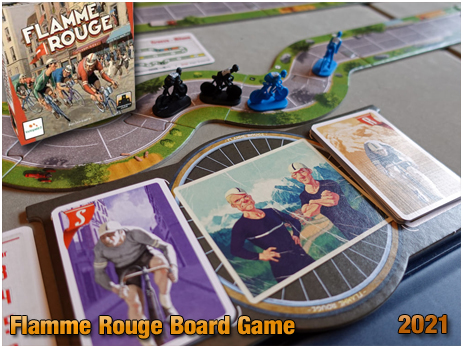 I know how to show a girl a good time on Valentine's Day - get her to play "Flamme Rouge" with me! Actually, her palmarès since I bought the game at Christmas is better than mine!! Designed by the award-winning Finnish company Lautapelit, "Flamme Rouge" is a fast-paced, tactical bike-racing game where each player controls a Rouleur and a Sprinteur to get to the finish line first. However, rather than utilising dice, teams have to use tactics to negotiate the different courses featuring hills and descents. Indeed, it is not possible to speed ahead of the field as the rider gets penalised for taking all the wind and becomes exhausted. Better to try and use slipstreaming just like in the real world. The courses are built by using jigsaw-type pieces to add variety. A game takes about an hour. We are introducing our own points similar to those in real road races so that we can have a stage race over several weeks. Great fun. 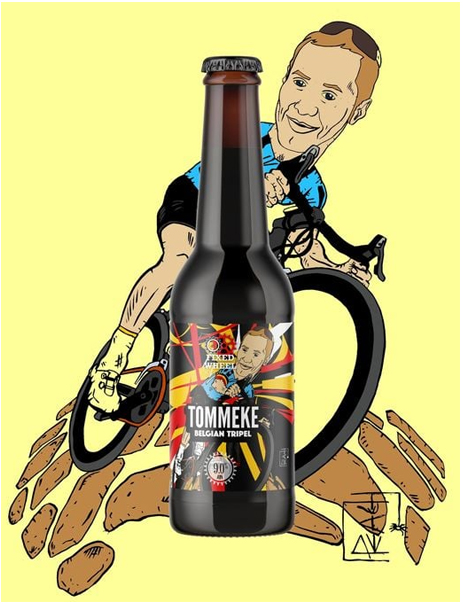 Scott Povey, cycling hard case and brewing legend, has launched another beer with a name that probably goes over the head of a lot of beer drinkers. However, being a two-wheeled fan I can tell you that is named after Tom Boonen, a man who will never have to buy a beer in Belgian again after winning all the major cobbled races several times. 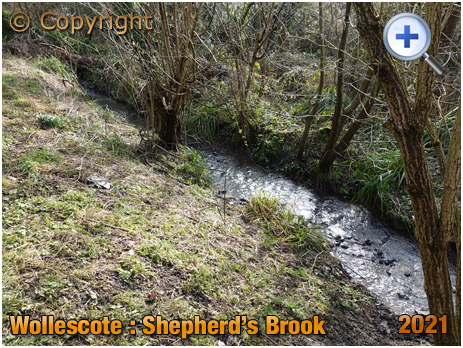 We enjoyed a walk around Careless Green, Wollescote and Foxcote today in chilly but bright conditions. Shepherd's Brook was the highlight of the walk with snowdrops in abundance and watching a tree creeper for some time. We also followed a grey wagtail up the stream as he kept stopping to perform his showstopping dipping action. 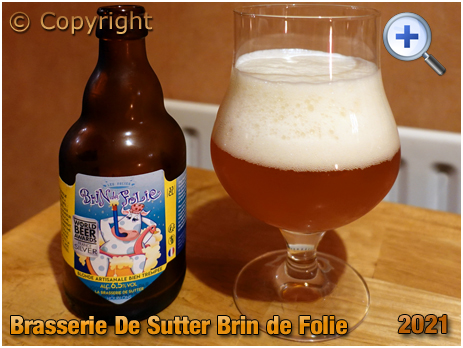 Today, I have poured a French beer, a light amber, slightly tart but citrus-laced ale. Brin de Folie, or Touch of Madness, is quite sweet but there is a light bitterness. This won 'Best Pale Ale of France' in the style of Blonde Beer at the World Beer Awards 2015. Brasserie De Sutter is based in Gisors, roughly midway between Paris and Rouen. 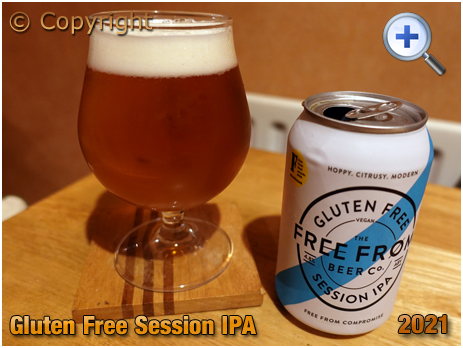 I finally cracked open the first of a four-pack that I picked up in Aldi during the late autumn. This was in the centre aisle and I was attracted by the gluten free and vegan element. Tonight I cooked a lentil pasta [very nice by the way] and I thought this would go well with the meal. And very nice it is too. Produced at Poole in Dorset, this hoppy citrusy number clocks in at 4.8% and boasts a pleasant fruity flavour of mango, lime and passion fruit. The finish is a bit mellow rather than a big-hitting hoppy kick but this does not detract from what is a really good session beer. They call it an IPA but, as purists will know, it has to go over 5.0% for such a title. I was lucky in that I picked up a four-pack from Aldi for about £2.49p if memory serves. However, you can buy online for a fairly reasonable price - and you can tick all your on-trend boxes at the same time. By the way, we are not following a new fad - between us we have been veggies for around 65 years! 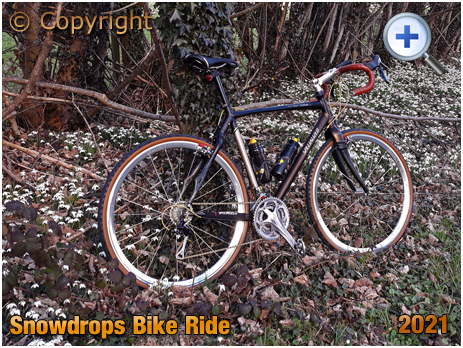 Spring is definitely here. Time to switch from the indoor trainer and out into the real world where the Snowdrops are in full swing. A lovely sunny day for a spin on the cross-bike around Worcestershire. This photograph was taken near Stakenbridge Pool. 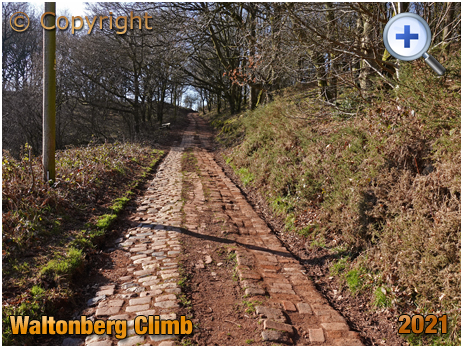 It was gorgeous on Walton Hill today. Just in case you are mystified by the name of a recent beer by Scott Povey of the Fixed Wheel Brewery, this is the famous Waltonberg that features on one major cycling sportive each year. Sportives are largely a nice day out for many with some nutters trying to turn it into a race. I did join in the nutter element one year and finished second, one of my better achievements on two wheels in terms of speed and competitiveness. Anyway, the Waltonberg is the equal of many a tough cobbled climb in the Flanders region and much harder in many respects. It is quite rough in places and a split-second lack of concentration can spell the end of a successful effort. The maximum gradient is 22% so it is not beyond most seasoned cyclists, the rough surface being the hard challenge. If you go at this without a recce then I suggest that the right-hand side is the better option over the whole climb.