History and Information on Frederick Smith Limited of Aston in Birmingham in the county of Warwickshire.

Frederick Smith started his own brewery when he was just 21. He was however part of a family rooted in the industry of beer production. His father, William Smith, was a master cooper before buying a beer shop in Gosta Green. A successful publican, William was able to establish his own brewery in Aston. This was called The Model, the original brewery of this name. However, this was not the Model Brewery operated by son Frederick. When William Smith died in 1878 and, in order to provide for a widow and eight children, the business, including the Queen's Hotel, Brewery and Maltings, was sold off.

Although the brewery was bought by the Atkinson brothers, two of William Smith's eldest sons, Thomas and Henry, were able to buy two of their father's pubs for themselves. Frederick Smith was only 18 years old and took the experience he had gained working with his father and became an employee at Atkinson's. After two more years of valuable training and experience, he went independent on August 18th 1880 by acquiring the neighbouring Victoria Brewery. These premises were further down the Lichfield Road in Aston.

Frederick Smith was a very astute businessman and he was able to expand the business. By 1888 he had purchased adjoining land and built a larger brewery to supply an increasing number of outlets. This was called the Aston Model Brewery. In 1892 he built a sixty-quarter malt house and three years later the business was registered as a limited company. 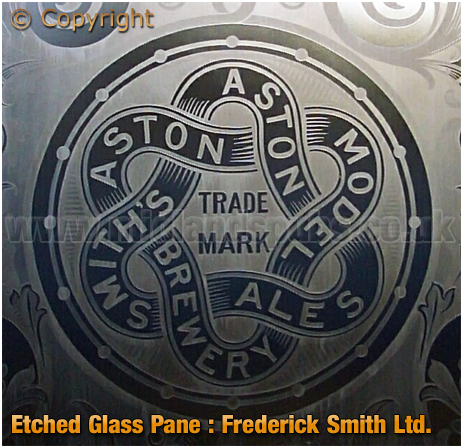 Continued expansion of the company included the acquisition of more public houses and an extension to the brewery. A bottling plant was added around 1898. To ensure continuity of the business, Frederick Smith sent his eldest son Frederick to study at the Brewing School of the University of Birmingham. Younger son Sydney meanwhile concentrated on looking after the brewery's tied house estate. The brewery was significantly improved in 1922. In addition to new brewing plant, a fresh artesian well was sunk to increase the online volume of the noted Aston water. In 1927 King George V knighted Frederick Smith for his services to the communities of Aston and Birmingham.

The company was acquired by William Butler's Springfield Brewery of Wolverhampton in 1955.

Some Beers by this Brewery 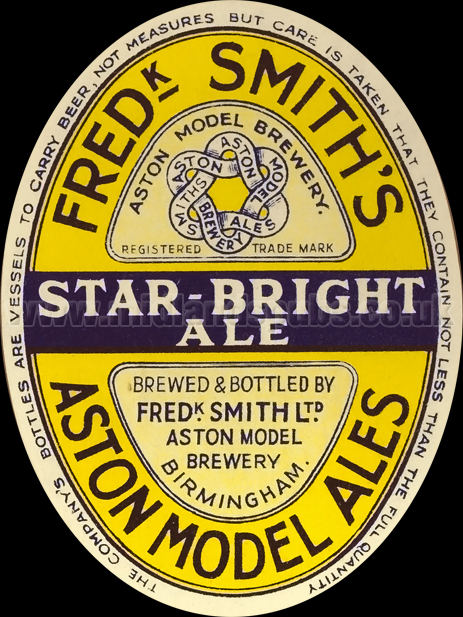 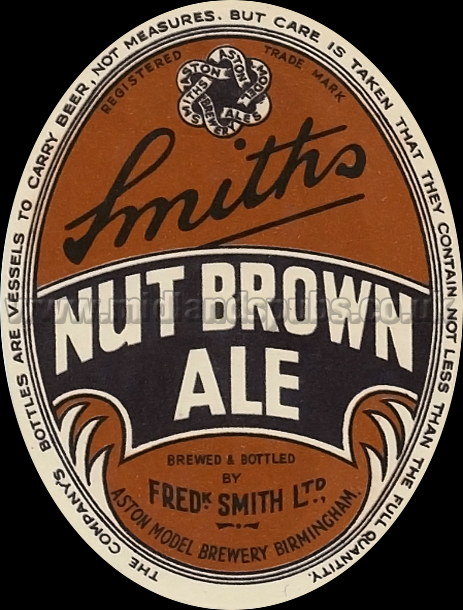 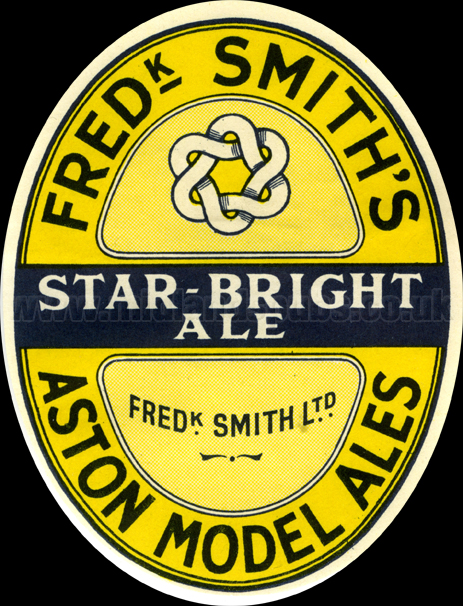 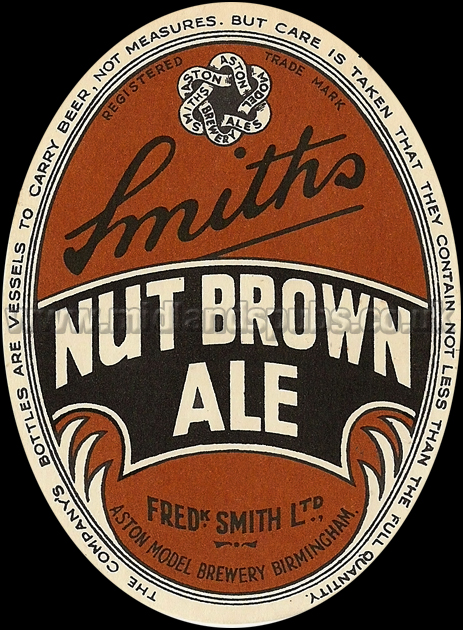 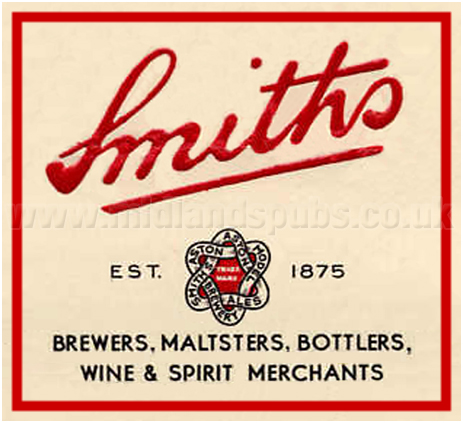 If you have a genealogy story or query regarding Frederick Smith Limited you can contact me and I will post it here in addition to including your message within the website pages for Birmingham Genealogy.