History and Information on Samuel Allsopp and Sons Limited of Burton-on-Trent in the county of Staffordshire.

Based in the High Street of Burton-on-Trent, the history of this company can be traced back to the 1740s. The business was then operated by the innkeeper Benjamin Wilson who, like many 18th century publicans, produced ales on the premises for sale in his establishment. His beers proved to be popular and production was increased in order to supply a number of other pubs in the area. By the end of the 18th century he and his son, also called Benjamin, had developed the business into one of the largest brewery concerns in Burton-on-Trent. In addition to brewing for the local and national trade, the firm was exporting beers, particularly to the Baltic ports.

It was around 1800 that Samuel Allsopp joined the company. No doubt the charge of nepotism was levelled as he was a nephew of Benjamin Wilson Jnr. His mother was Anne Wilson. One can only speculate that Samuel Allsopp was a more dynamic personality as he would soon take over the company from his uncle. Following a downturn in trade, mainly from the so-called "Continental System" established by the French during the Napoleonic Wars, the company was bought out by Samuel Allsopp for the sum of £7,000.0s.0d.

Samuel Allsopp is credited as being the first brewer to export Burton Pale Ale to India in 1822. It is thought that he copied the recipe for his India Pale Ale from Hodgson's of London. No matter what the events were, his strategies in both brewing and marketing turned the company into a very profitable business.

Samuel Allsopp had married Frances Fowler in 1804 and, following his death in 1838, the brewing business passed to their surviving sons Charles and Henry. The former is recorded in the 1841 census living in Burton--on-Trent's Horninglow Street. He later married Emma Drewry but died at a relatively young age in 1844. His brother Henry went on to become a leading public figure, both in business and politics. He was elected Member of Parliament for East Worcestershire and created 1st Baron Allsopp in May 1880. A new title of Baron Hindlip of Hindlip was created for him six years later. 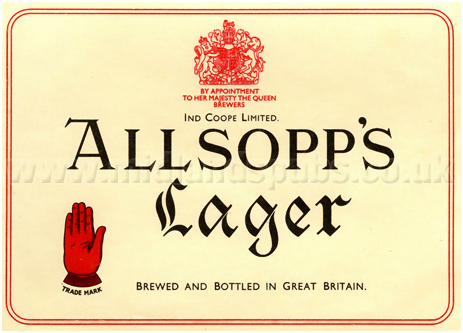 Henry Allsopp oversaw the construction of a new brewery and offices in 1859-60 which were located close to the railway station. Throughout the 19th century Allsopp's brewing business was second only to Bass in size. The new brewery site alone stretched between Station Street and Horninglow Street. They retained the original brewery in High Street, built a large maltings at Shobnall and numerous premises elsewhere in the town. 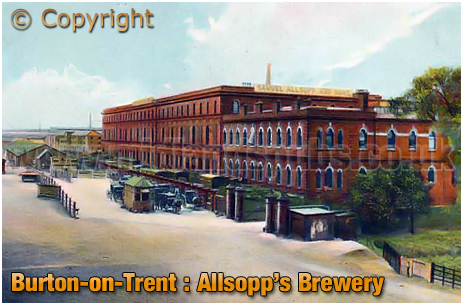 In 1880 [though some think it was 1882] the business passed to Samuel Charles Allsopp. Pictured below is a caricature of him that appeared in Vanity Fair. He was elected Member of Parliament for Staffordshire East between 1873 and 1880. He was appointed Deputy Lieutenant of Staffordshire in 1876. He was later elected MP for Taunton but gave up his seat on succeeding his father as second Baron Hindlip. His brother George Higginson Allsopp, twice Mayor of Burton-on-Trent, is also pictured below. 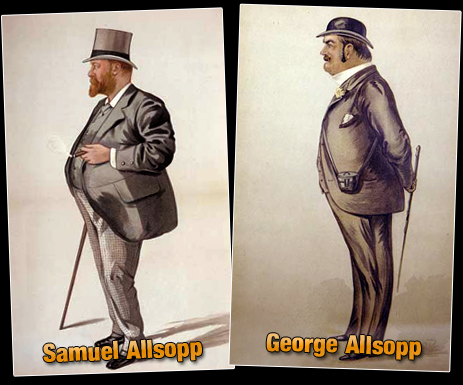 Allsopp's was incorporated as a public limited company in 1887. By 1890 the company's output had reached 460,000 barrels and they had a workforce of 1,750. However, the 20th century was not so favourable for the company and, despite attempted mergers with other breweries - notably Salt's in 1907 - they went into receivership in 1913. Following a reconstruction of the company, the business continued to trade. However, in 1935 the company merged with the neighbouring Ind Coope & Co. Ltd. to form Ind Coope & Allsopp Ltd. The Allsopp name disappeared from the company's products during 1959 and twelve years later Ind Coope fell under the Allied Breweries umbrella. The offices of the former Allsopp's brewery were later used as the headquarters of Punch Taverns and the Spirit Group. 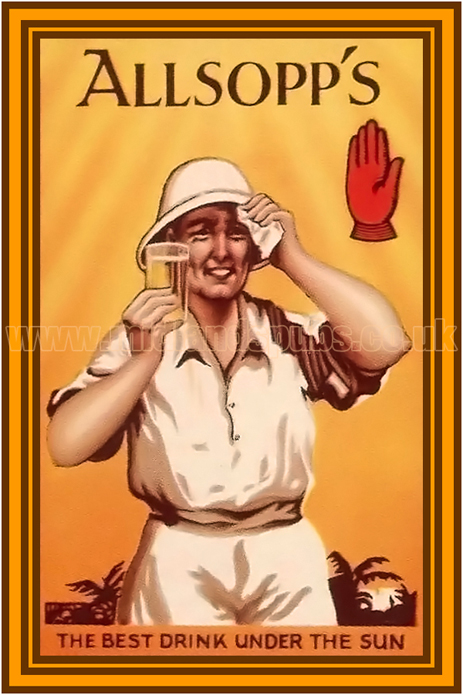 If you have a genealogy story or query regarding Samuel Allsopp and Sons Limited you can contact me and I will post it here in addition to including your message within the website pages for Staffordshire Genealogy. 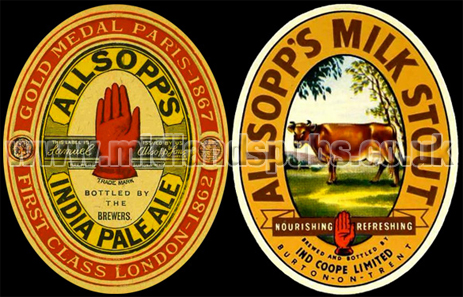 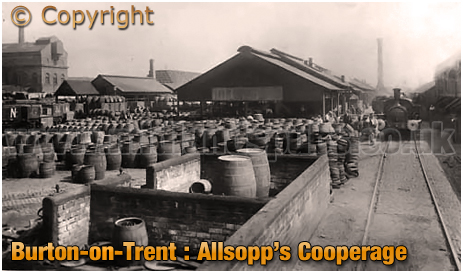