History and Information on Holt, Plant and Deakin of Langley in the county of Worcestershire.

Technically, this brewery was in the West Midlands as it operated after the local government reforms of 1974 which saw changes to county boundaries. However, the brewery operated in Langley which, historically, belongs to Worcestershire.

Holt, Plant and Deakin was an unusual set-up as it was part of a canny marketing plan of Allied Breweries, specifically the retail arm Allied Domecq. Essentially, the company had a number of 'struggling' pubs in the Black Country, mainly from the old Ansell's estate. I would have loved to have been in the board meeting when someone came up with the idea of forming a chain of branded pubs that would be supplied with their own beers produced in a small microbrewery in Langley. Remember, this was in the days when there were very few small breweries - the likes of Allied had swallowed them all up. And this was the irony of the scheme - winding the clock back to small scale production. When this item on the agenda came up at the meeting it must have caused a bit of a kafuffle amongst the business suits sat around the table at the Allied boardroom.

Contrived it may have been, but it was great while it lasted. Under the stewardship of general manager Andrew Thompson, the designated pubs were refitted and given a Victorian appearance with carved wood, open fires in black fire grates and furnishings that made it look like you had stepped back in time. Of course, punters would have laughed their socks off if it were not for one key element - the beer was brilliant. Holt's Entire became a favourite tipple with many real ale fans. Traditional drinkers flocked to places like the New Inn at Stourbridge, the Loyal Lodge at Halesowen, the Queen's Head in Wordsley, and the Elephant and Castle at Netherton.

Run by David Rawsthorne, the brewery was located in the former New Inn at Langley, a pub that had closed down and was under threat. However, it had the necessary infrastructure for a brewery to be installed. Born in what was then known as Rhodesia, David Rawsthorne had graduated with an MSc in Brewing Science from the British School of Malting and Brewing at Birmingham University. Oh, those were the days before people had to head north to Edinburgh to gain their qualifications in brewing!

With the brewery launching on September 27th 1984, the New Inn re-opened as the Brewery Inn. The interior was all spit-and-sawdust and the place would have nestled nicely at the Black Country Museum. In one section of the pub customers could peer through a window to look at part of the brewery. I drank in here on a number of occasions and it was great - though I did drink too much Entire as it was a lovely drop of nectar.

The first pub to be opened as a Holt, Plant and Deakin outlet was the Fountain Inn at Tipton. It was the first of a group of six public houses to receive the full refurbishment programme.

Of course, Allied Domecq went and ruined it all. They started to convert modern public houses such as the Gladstone Arms at Wordsley and the Mash Tun at Netherton. The idea of an old interior in a modern pub was ridiculous. Moreover, the company took the brand out of the Black Country and tried to emulate the project's early success in other parts of the Midlands. Consequently, the whole thing lost its focus, particularly when they started a second brewery at Wolverhampton. Inevitably, this resulted in different properties to the beer so that drinkers were confused. Most of the brewing was switched to the Wolverhampton site in by the end of the 1980s. Sadly, it all went pear-shaped and the scheme eventually folded in 1996. Some of the pubs retained their Victorian appearance for a number of years but it has mostly vanished under subsequent redecorations. 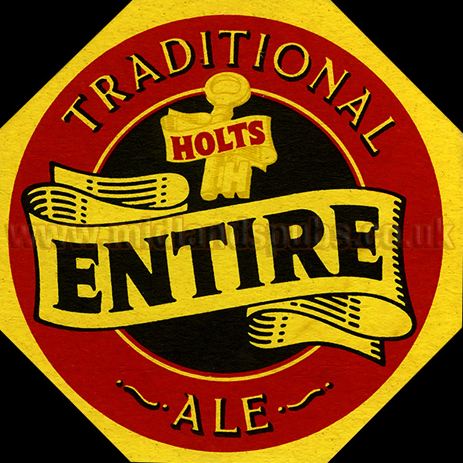 Many years later when visiting the Old Swan at Netherton, I learned that David Rawsthorne, the brewer at the rear of Ma Pardoe's was the man responsible for recreating the old Holt's Entire made at Langley. He had reproduced the ale to be sold by Tim Newey, former Holt, Plant and Deakin publican at the aforementioned Elephant and Castle. I guess they got to know each other and when Tim Newey took over at the old brewpub he turned to David Rawsthorne to produce a range of ales that would be a good fit. The brewer later had spells as head brewer at Titanic and working his magic at Enville before retiring. However, beer is seemingly in his bloodstream and he was instrumental in the creation of Beckbury Bitter for the Hop and Stagger Brewery at Norton in Shropshire. 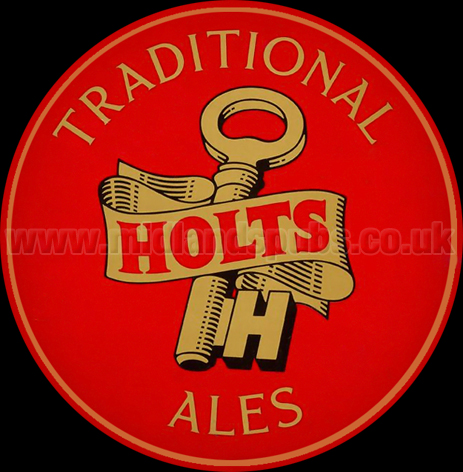 If you have a genealogy story or query regarding Holt, Plant and Deakin you can contact me and I will post it here in addition to including your message within the website pages for Staffordshire Genealogy. 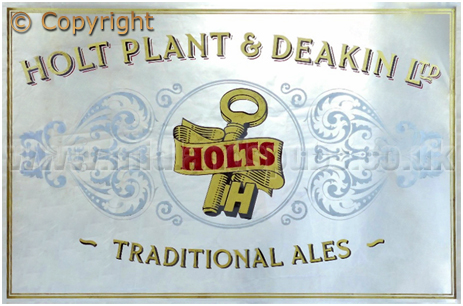 If you would like to share any further information on this brewery - perhaps you knew somebody who worked here? Whatever the reason it would be great to hear of your stories. Simply send a message and I'll post it here.

"I spent many a lunch time in the Bell on The Delph and then the Brewery, Langley. Do you remember the board room which was sometimes available when busy? I loved the "Black Pudding Thermadore" door step butties. Their Entire was unbeatable till they brewed it elsewhere and the Christmas Celebration was great. How I remember sleeping at my desk after a heavy lunchtime session. Another regular was The Bridge and there was the Crown and Cushion, complete with its 'secret' snug for the Methodists - now sadly demolished."
Graham Austin, Stourbridge 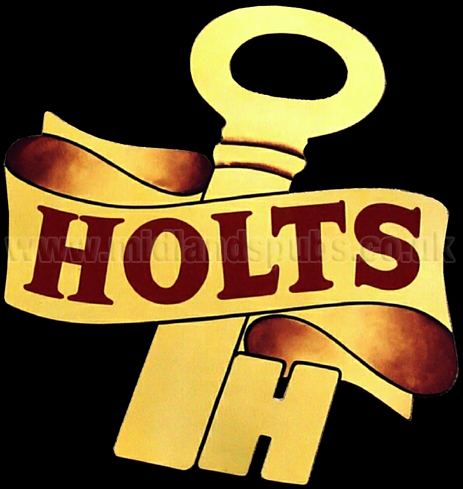