Some history on Church Gresley in the County of Derbyshire 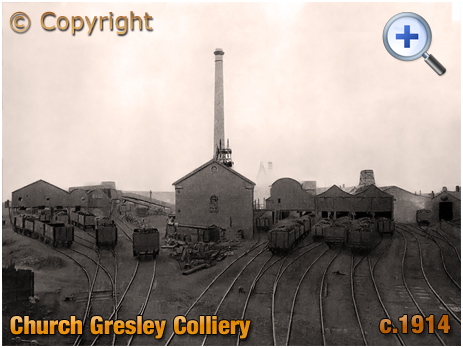 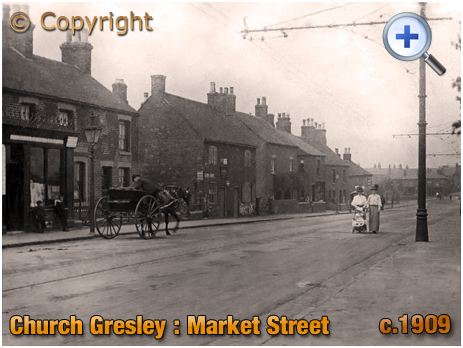 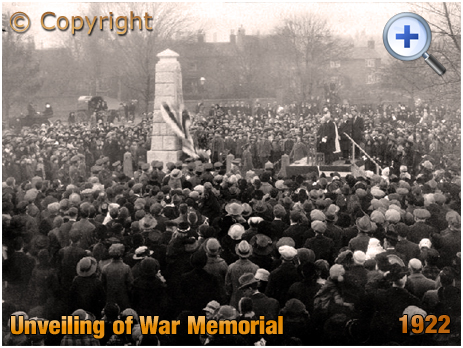 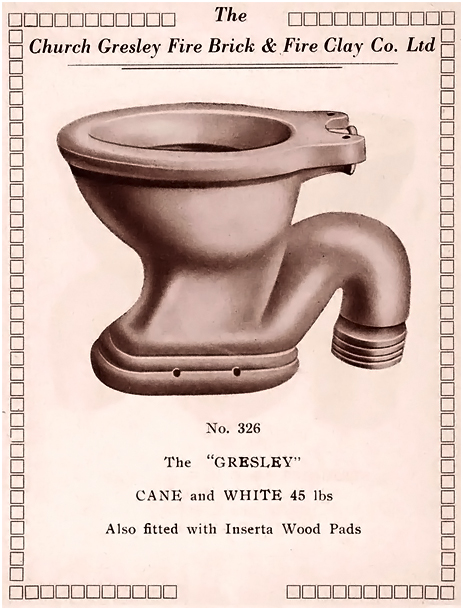 Church Gresley is a parish and township, with a station 1 mile north-east from the village on the Midland railway, 13 miles south from Derby, 6 west from Ashby-de-la-Zouch, 5½ south-east from Burton-upon-Trent and 128½ from London, in the Southern division of the county, hundred of Repton and Gresley, Swadlincote petty sessional division, Burton-upon-Trent union and county court district, rural deanery of Repton, archdeaconery of Derby and diocese of Southwell. The parish is supplied with water from works, the property of the Burton sanitary authority, the supply being derived from springs at Blackfordby, Leicestershire. The church of SS. George and Mary, appropriated at an early date to the priory, formed part of the monastic buildings, the nave being used by the parishioners and the chancel by the Austin canons as the priory chapel: shortly after 1816 the church was repaired, the ruins of the priory to the east being swept away, the outer walls of the church almost entirely rebuilt and windows and a door of a debased character inserted: the building is of stone, and now consists of chancel, nave, north aisle and an embattled western tower of the 15th century containing 3 bells, dated 1639: the chancel had been destroyed soon after the Dissolution, and in 1839 its site purchased as an addition to the churchyard, but on the restoration of the church in 1872, a new chancel was built on the original site; of the priory church only the tower and the two Decorated arches of the arcade, supported by an octagonal pier, now remain: the oldest monument now extant is in the north aisle, and is that of Sir Thomas Gresley [1699], with his kneeling effigy, beneath an arch, round which are the impaled arms of every marriage of his ancestors: there are other monuments of later date to the same name and one to John Alleyne [1712] : the church plate dates from 1726 : there are 300 sittings, all free. In 1861 land was purchased as an addition to the churchyard, south of the church; and on this site and on that of the chancel many traces of the priory buildings were uncovered and numerous fragments of Norman, Early English and Decorated work found. The register of baptisms dates from the year 1568, of marriages from 1589, and of burials from 1584. The living is a vicarage, average tithe rent-charge £60, net yearly value £275, including 34 acres of glebe, with residence, in the gift or Simeon's trustees, and held since 1885 by the Rev. James Kilbee-Stuart M.A. of Queen's College, Cambridge. There are Primitive Methodist and Wesleyan chapels. There is a cemetery about 5 acres in extent, with a mortuary chapel, under the control of a burial board of 9 members. Here was a priory of Austin canons, founded c.1135-40 by William de Gresley or Fitz-Nigel, and dedicated to SS. Mary and George; a portion of the arcade of the aisle and the tower of the existing church are now the only remains. The coal works, potteries, fire brick and encaustic tile works of this parish and neighbourhood are of great importance. Sir Robert Gresley bart. D. L. of 55 Great Cumberland Place, London w, is lord of the manor. The principal landowners are the Earl of Loudoun and John Richardson esq. The soil varies; subsoil, sand and gravel. The chief crops are wheat, barley and turnips. The area of the township is 1,169 acres, and of the parish, 6,700; rateable value of the parish, £17,732; in 1881 the population was 5,422 in the township and 6,775 in the parish.

"Doris Stinson [15], of Market Street, Church Gresley, fell from her bicycle while riding along Common Side, Church Gresley, last night. She was taken to the Burton Infirmary with an injured right leg and detained. Her condition this morning was stated to be improved."
"Church Gresley Accident"
Derby Daily Telegraph : May 22nd 1934 Page 5

"A Church Gresley man was admitted to Burton Infirmary on Monday with an injury to his left arm. He is Frank Bates [49], of Oak Street, Church Gresley, who was involved in a collision with a motor-car at Woodville, where he was riding his bicycle."
"Church Gresley Cyclist Hurt"
Burton Observer and Chronicle : August 23rd 1934 Page 9