History and Information on Derby in the County of Derbyshire.

Some history of Derby

More information on Derby to follow. I probably created the page as I had a link to Derby from another page. When building the site it is easier to place links as they crop up rather than go back later on. I realise this is frustrating if you were specifically looking for detailed information on Derby. I have placed a few old newspaper articles, along with a few photographs. 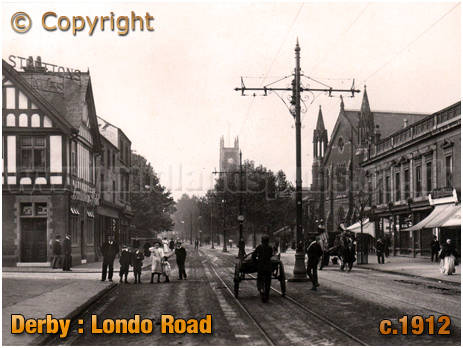 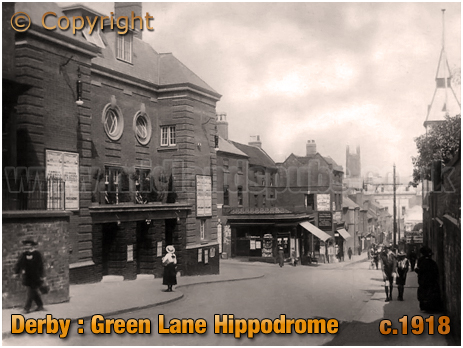 If you have a genealogy story or query regarding Derby you can contact me and I will post it here in addition to including your message within the website pages for Derbyshire Genealogy.

If you would like to share any further information on Derby - perhaps you drank in one of the pubs in the past? Or maybe knew a previous publican running one of the boozers? Whatever the reason it would be great to hear of your stories or gossip. Simply send a message and I'll post it here.

"Three men were accused at Derby Borough Police Court today with being drunk and disorderly in the town last night, and one woman was accused of being found drunk and incapable. The woman, Dolly Morris [36], housekeeper, Russell Street, Derby, who was seen to be drunk by Police Constable Mann, was fined 5s. "I was not as drunk as I could get, but my lameness made it look worse. I expect," was the excuse of James Farnath, a hawker, of Burton, who was drunk and disorderly in the Cornmarket. He was fined 7s. 6d. Charles Bacon [30], labourer, no fixed address, was fined 7s. 6d. for being drunk and disorderly in Regent Street, and Edward O'Brien [50], no fixed abode, who was found shouting and swearing and drunk on the London Road, was discharged on promising to leave the town. The Magistrates were: Mr. E. S. Johnson [in the chair], Messrs. G. H. Shires. G. F. Tomlinson, C. H. Mitchell, and F. J. Bonas."
"Woman Incapable In The Street"
Derby Daily Telegraph : July 6th 1933 Page 7