History and Information on Shardlow in the County of Derbyshire.

Some history of Shardlow

More information on Shardlow to follow. I probably created the page as I had a link to Shardlow from another page. When building the site it is easier to place links as they crop up rather than go back later on. I realise this is frustrating if you were specifically looking for detailed information on Shardlow. I have placed a few old newspaper articles, along with a few photographs. 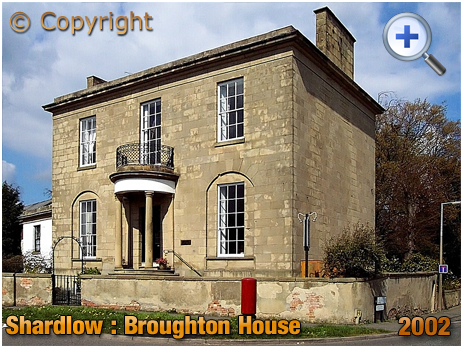 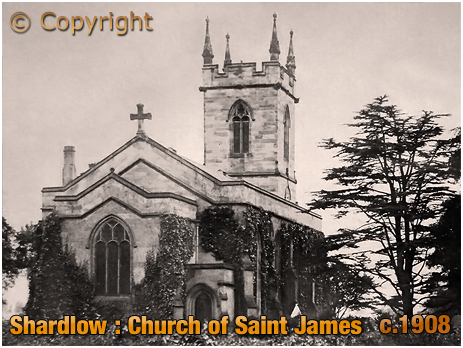 If you have a genealogy story or query regarding Shardlow you can contact me and I will post it here in addition to including your message within the website pages for Derbyshire Genealogy.

If you would like to share any further information on Shardlow - perhaps you drank in one of the pubs in the past? Or maybe knew a previous publican running one of the boozers? Whatever the reason it would be great to hear of your stories or gossip. Simply send a message and I'll post it here.

"On Saturday, about noon, a distressing accident, by burning, happened to Mrs. Toplis, wife of Mr. John Toplis, farm labourer, which terminated fatally. She was engaged in preparing dinner upon a table near to the fire. There was not any person in the house at the time of the accident, except the deceased, but it is supposed that she fainted and fell; her clothing coming into contact with the fire. A youth employed by Mr. Hallady, bricklayer, entered the house about one o'clock, and found it full of suffocating smoke, and the poor woman lying upon the floor in a most deplorable condition. The deceased lingered in great agony about three hours, and then expired. Mr. Coroner Whiston held an inquest on Monday evening, when the jury gave a verdict in accordance with the circumstances, viz., "Died from burning and suffocation."
"Fatal Accident"
Derbyshire Advertiser and Journal : November 23rd 1866 Page 3

"Alfred Jones [22], of Crossbeck Street, Old Whittington, near Chesterfield, was seriously injured in the back in an unusual accident near Shardlow last night. Jones, who is employed by Balfour, Beatty and Co., Ltd., the Derby and Chesterfield engineers, was strapped to a cable pole and assisting in the erection of overhead transmission lines when the pole fell. Unable to release himself from the straps, Jones fell with the pole and was badly hurt. He was attended by Dr. H. C. Bell, of Shardlow, and then taken to Derbyshire Infirmary, where his condition was reported today to be "about the same."
"Shardlow Accident"
Derby Daily Telegraph : September 27th 1932 Page 5