History and Information on Swadlincote in the County of Derbyshire.

Some history of Swadlincote 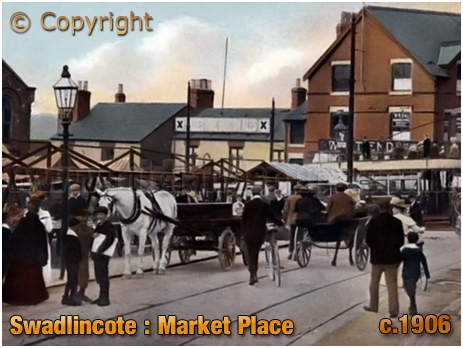 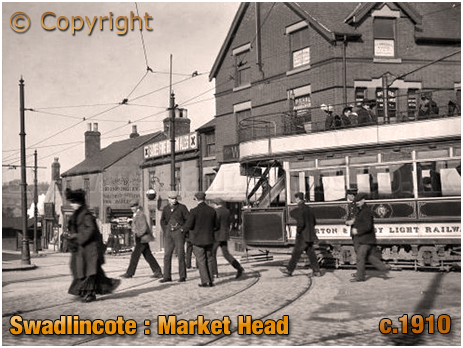 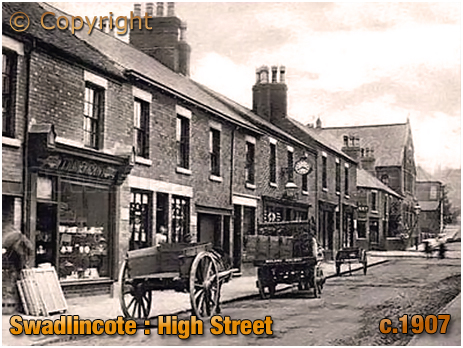 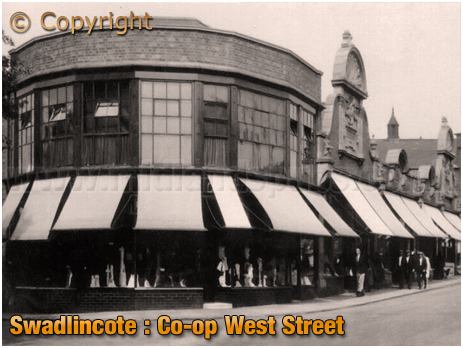 If you have a genealogy story or query regarding Swadlincote you can contact me and I will post it here in addition to including your message within the website pages for Derbyshire Genealogy.

If you would like to share any further information on Swadlincote - perhaps you drank in one of the pubs in the past? Or maybe knew a previous publican running one of the boozers? Whatever the reason it would be great to hear of your stories or gossip. Simply send a message and I'll post it here.

"An alarming accident occurred last night at the old pit of Hall's Collieries, Swadlincote, by which William Eley, loader of Church Gresley, was instantly killed. Having descended the mine with the night shift he was filling a tube of coal in the Eureka Seam when the roof gave way suddenly, and, pinning him across the partly-loaded box, nearly severed his head from his body."
"Shocking Colliery Fatality at Swadlincote"
Sheffield Daily Telegraph : February 15th 1906 Page 4

"While cycling down Coppice Side, Swadlincote, on Friday morning, Mr. Budge, caretaker of the Maurice Lea Memorial Park, came into a collison with a dog, and was thrown badly. He sustained shock and cuts on the face and hands. He was taken home to Acresford in a car.
"Swadlincote Accident"
Burton Observer and Chronicle : November 1st 1934 Page 8