Some history of the Anchor Hotel at Tewkesbury in the county of Gloucestershire. 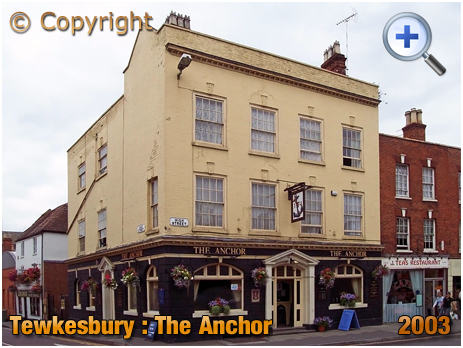 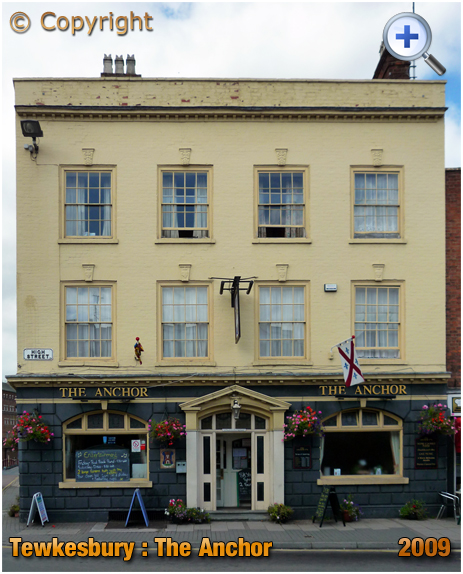 Licensees of the Anchor Hotel

1774 - George Sandilands
Note : this is not a complete list of licensees for this pub. 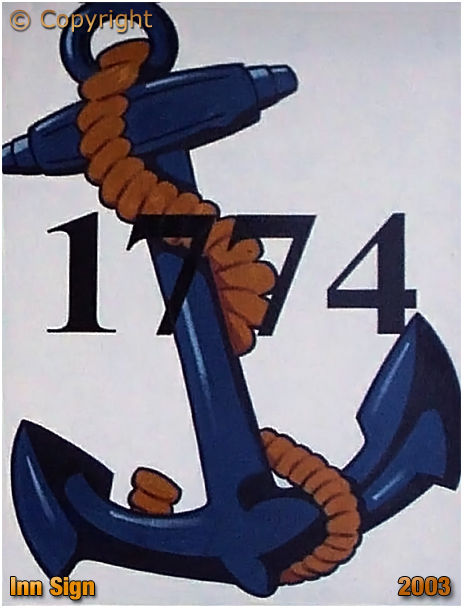 "Mrs. Dorothy Vallender, aged 85, of Puckrup Hall, Twyning, collapsed on the footpath outside the Anchor Hotel in Tewkesbury High Street, last Wednesday afternoon during a hail storm. She was attended by police-officers from a passing motor patrol car until the arrival of an ambulance. Mrs. Vallender was taken to Tewkesbury Hospital, but was found to be dead on arrival. The facts have been reported to the Tewkesbury Coroner, Dr. W. Hopper Shepherd."
"Died During Storm"
The Tewkesbury Register : June 16th 1956 Page 1