Some history on Tewkesbury in the county of Gloucestershire

Located between the Cotswolds and the Malvern Hills, Tewkesbury is an attractive medieval town that developed around the confluence of the Avon and Severn. Indeed, the local topography has determined the town's growth, prosperity and its impact on the local economy over the centuries. Today, the town is noted for its rich collection of timber-framed buildings. However, Tewkesbury was not spared the 1960s madness of 'so-called' regeneration and many ancient structures were lost. The fact that tourism plays such an important role within the local economy only exacerbates the impact of such vandalism - the town would be much richer if preservation had prevailed. Not that life in the old days was pretty for the working class townsfolk who had to endure miserable living conditions in the courtyards and alleyways for which the town is also famous. Poor families were crowded into slum dwellings where sanitation conditions were appalling. Tewkesbury's population expanded during the 18th century with the textile trade; the town was once an important centre for the production of stockings. Hand-weaving was utilised in the early days but this method was replaced by stocking machines in the 18th century. The mills were also important employers in Tewksbury along with factories engaged in shoe production or, in earlier times, the manufacture of mustard. There were two significant breweries in Tewkesbury which, coupled with the maltings, were large employers at one time. The public-houses were mainly clustered in the town's three main streets that converge on The Cross. The good news is that, although many of the pubs have long since closed, some of the buildings remain and have been converted to other uses. Brian Linnell produced an excellent booklet on the "Public Houses of Tewkesbury Borough" in 1972. This was my introduction to the pubs of Tewkesbury and I have tried to add or expand on the information contained therein. 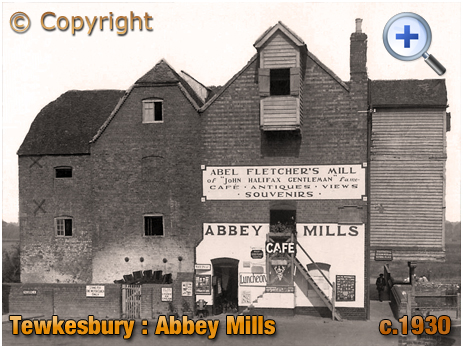 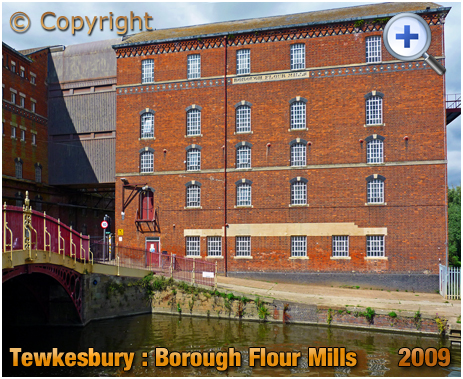 "Mr. D. H. Finnigan, grocer, of Tewkesbury, who is a member of the local cyclists' club, joined the club run to Eckington on Saturday, and met with an alarming accident on the return journey. Rain coming on, he dismounted to put on a waterproof cape. This placed him in the rear of the lines, and the rider who should have been just in front of him, finding he had not come up with them after the greater part of the journey back home to Tewkesbury had been covered, returned to see if anything was the matter. On the steep pitch between Bredon railway bridge and Norton he found him lying insensible by his overturned machine. Assistance was obtained, and the sufferer was taken to Tewkesbury Hospital, where it was found that his face and the front part of his head were injured and cut, and otherwise he was bruised and shaken. He received every attention, and is making favourable progress. The accident is said to have arisen from the bicycle swerving, possibly from a stone or rut in the road, as it came down Norton Pitch, and the rider, having his hands enveloped close beneath the cape, was unable to recover the machine in time to avoid going over."
"Accident to a Tewkesbury Cyclist"
Evesham Standard
& West Midland Observer : June 27th 1896 Page 3