History of the Barley Mow Hotel in Granby Street at Leicester in the county of Leicestershire.

Some history of the Barley Mow Hotel

The Barley Mow Hotel is a striking building faced in stone. This may in fact be a case of the old building being re-fronted rather than a complete reconstruction. The doors and windows are in the same positions as shown in an early photograph held in the archives. I suspect that the work was undertaken by new oweners. The Barley Mow Hotel was taken over by Everard's and the pub remains in the company's estate. They refurbished the pub in 2013 in an alehouse fashion.

An early publican of the Barley Mow Inn was Charles Higginson. Born in Leicester around 1790, he married Ann Hall in April 1814. The couple had a daughter named Mary but her mother died in 1816. Widower Charles Higginson married Elizabeth Gisbourn two years later. The publican later moved to Conduit Street where he died in his 56th year during August 1847. The local newspaper remarked that the much respected publican had run the Barley Mow Inn for many years. 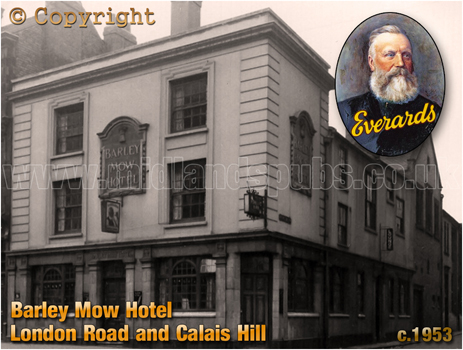 The Barley Mow Inn was not without a few rowdy nights during the early 19th century. In June 1830 two brothers named Witney, along with a colleague named Harrison attacked a constable in the bar after the officer was called to arrest James Witney for causing a disturbance inside the pub. The three men, who later claimed Constable Cox was all too keen to deploy his staff, set about him. Some of the customers later gave evidence in support of the constable so the magistrates imposed fines upon the three brawlers.

Oadby-born George Sturgess and his wife Elizabeth were mine hosts of the Barley Mow Hotel in the early 1870s. The couple would later move to the Anchor Hotel on the corner of Charles Street and Halford Street. They were succeeded by Charles Wheatley, proprietor of The Fountain in Humberstone Gate. He and his wife Ann had earlier kept the Antelope Inn on Silver Street. Indeed, whilst Charles Wheatley was at the Antelope he and two other men, Charles Chapman and Benjamin Brown, were charged with assaulting Francis Conroy in the pub's yard during March 1869. The disturbance was a result of a game of cards and the magistrates considered the events to be a disgrace. Charles Wheatley was fined or six weeks' hard labour. The other two assailants were also fined by the magistrates.

Charles Wheatley was once in partnership with the slate merchant Frederick Shenton but, on taking over the Barley Mow Hotel, he dissolved his other business interests and focused on his role as publican. His temper landed him in trouble again during November 1877 when he was charged with assaulting Stephen Kettle, a waiter at the George Hotel. He told the magistrates that, after accusing him of dropping a glass, the waiter had annoyed him and attempted to knock off his hat. Stephen Kettle's mouth was then on the wrong side of the publican's fist. However, he managed to convince the court that he was the innocent party and the case was dismissed. He was also involved in a fracas at the Lord Nelson on Humberstone Gate. The disturbance took place in the pub's bagatelle room and Charles Wheatley was once again fined by the magistrates. 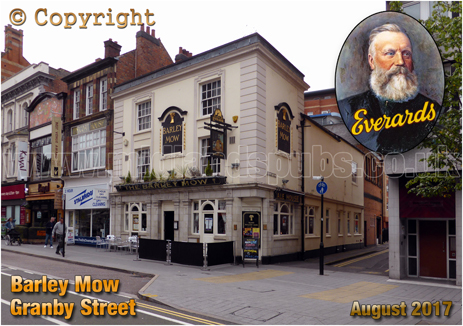 Charles Wheatley died at London Road in April 1866. However, I believe that the 49 year-old publican had already left the Barley Mow Hotel. The pub was then taken over by John Walker and very much run as a family affair until the Edwardian era. John Walker was an interesting character. He was both factory manager and professional dancer. He opened a dancing school that was held in various venues around Leicester. He also became a keen cyclist and was a member of the fledgling Leicester Cycling Club. He once had his bicycle stolen when he parked it outside the Britannia Inn on Belgrave Gate. The machine was worth £19 - a considerable sum in 1896. The police were pretty efficient back in those days - the bicycle was recovered in Loughborough and the thief sentenced to one months' hard labour.

John Crouch was the licensee of the Barley Mow Hotel in the late Edwardian period. The Wiltshire-born publican kept the busy hotel with his wife Clara. He had earlier run the Bow Bridge Inn on King Richard's Road.

The Barley Mow was home to a Jazz Club during the 1950s. Some of the groups who played here included the Mick Gill Group and the Alec George Quartet. 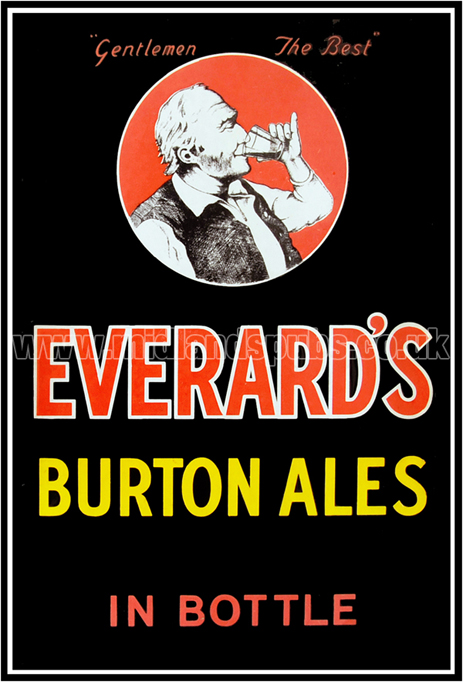 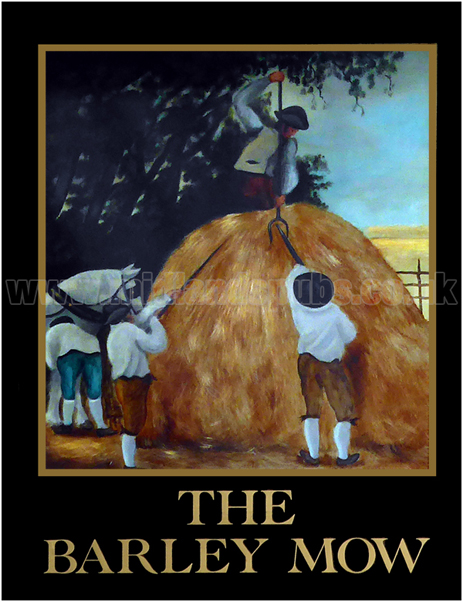 This pub has for many years had a signboard on which the illustration showed agricultural workers creating a barley mow. The stack of hay is a 'mow' and, as barley is a key ingredient for beer, this was once a very popular inn sign for public houses.

If you have a genealogy story or query regarding the Barley Mow Hotel you can contact me and I will post it here in addition to including your message within the website pages for Leicestershire Genealogy.

If you would like to share any further information on this pub - whatever the reason it would be great to hear of your stories or gossip. Simply send a message and I will post it here.

"George Stableford was charged with stealing a pint of sherry, value 6s. 6d., the property of his employer, Charles Wheatley, of the Barley Mow, Granby Street, on the 21st July. The prisoner pleaded guilty, and was sentenced to six weeks' hard labour."
"Stealing Sherry"
Leicester Chronicle : July 31st 1880 Page 10.

"Shortly before a quarter to twelve last [Thursday] night an outbreak of fire, which was fortunately not allowed to assume very serious dimensions, occurred in the smoke room of the Barley Mow Hotel, London Road. Mr. Walker was at the Volunteer Hall at the time, and Mrs. Walker had just finished supper, and was retiring, when a smell of smoke was detected. It was then found that the smoke room was on fire, and directly the door was opened a suffocating volume of smoke poured out. An alarm was at once raised, and Mr. T. Allen, who was passing the hotel, rang up the brigade by means of the Campbell Street post. Supt. Ely, Engineer Law, and a number of firemen immediately turned out with No. 2 steamer, and within a minute and a half of receiving the alarm arrived at the scene of the fire. In the meantime, Mr. Walker's sons had made a plucky effort to extinguish the flames, but found the dense smoke overpowering, and the fire was gaining strength when the brigade appeared. The flames had attacked the hair-seated settle and an adjoining cupboard, and were rapidly spreading to other woodwork in their vicinity when the firemen stopped their progress with buckets of water and the hand pump. All danger was soon averted, and the place escaped with comparatively little damage. It is supposed that a lighted cigar had been dropped onto some pieces of paper at the end of the seat, and had thus caused the outbreak."
"Fire at the Barley Mow"
Leicester Chronicle : February 29th 1896 Page 7.