Some history on the County of Northamptonshire 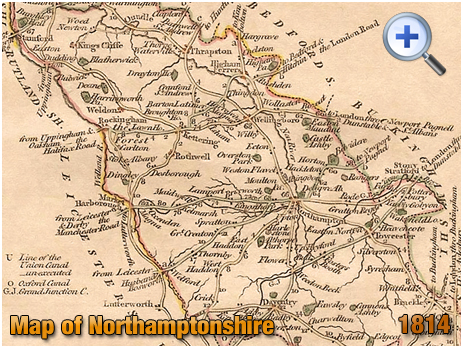 The county was first recorded in 1011 when it was known as Hamtunscir. The name of Northampton comes from the Old English 'north hamtune' [northern home farm or town].

Topography
Northamptonshire is bordered by Leicestershire and Rutland in the north, Huntingdonshire and Bedfordshire to the east, Buckinghamshire and Oxfordshire to the south, and Warwickshire in the west. The highest point in the county is Arbury Hill at 734 feet. Known as the Peterborough Fen, the north-eastern part of the county is fairly flat. It is more hilly to the south in the area around Towcester whilst the western part of the county has an extension of the limestone hills of the Cotswolds. Four important rivers that flow through the county are the Nene, Welland, Avon and Swift.

History
Following the Roman conquest, Northamptonshire became a busy and strategic middle ground as it was halfway between Winchester, the historic capital of England and York, capital of the north. It is perhaps because of this that many early councils were held in the county, including that staged by William Rufus at Rockingham Castle in which the question of royal supremacy in ecclesiastical matters was thrashed out. The county became quite a favoured place for the odd ding-dong and the first decisive battle in the Wars of the Roses was fought here and the King's standard was set up in Northampton in 1460. Executed at Fotheringay Castle in 1586, the end of the road for Mary Queen of Scots was also in Northamptonshire. A key battle of the English Civil War was contested at Naseby in 1645. A leather industry was established in the county during Norman times and Northamptonshire has traditionally been a centre of footwear production.

Monuments
Rockingham Castle is a royal fortress constructed under instructions from William the Conqueror. Richard the Lion Heart played host to his Scottish counterpart here and his unpopular brother John came frequently to hunt in Rockingham Forest. King Henry VIII granted the Castle to Edward Watson, ancestor of the present owner James Saunders Watson. Holdenby House is the largest private house in Elizabethan England that featured 123 massive glass windows around two courtyards, was built by Sir Christopher Hatton to entertain Queen Elizabeth I. It later became the Palace of James I and the prison of his son, Charles I. Sulgrave Manor was the ancestral home of George Washington, the first President of the United States of America. Boughton House is a 17th century house converted from a 15th century monastery and home of the Dukes of Buccleuch and Queensberry. 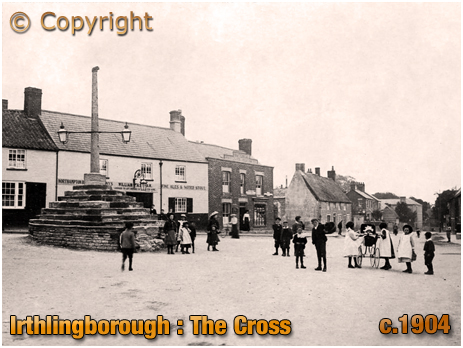 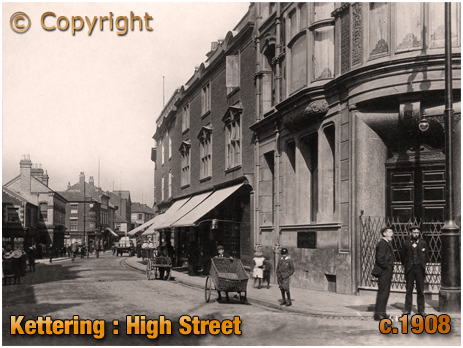 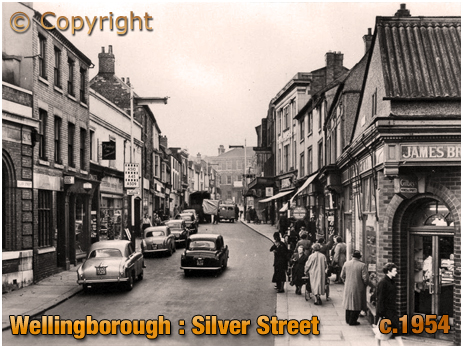 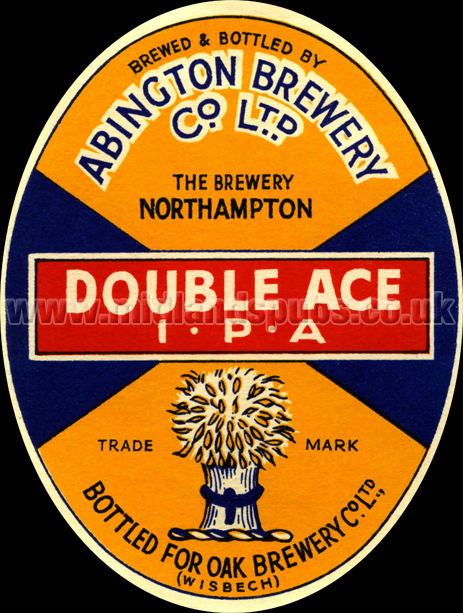 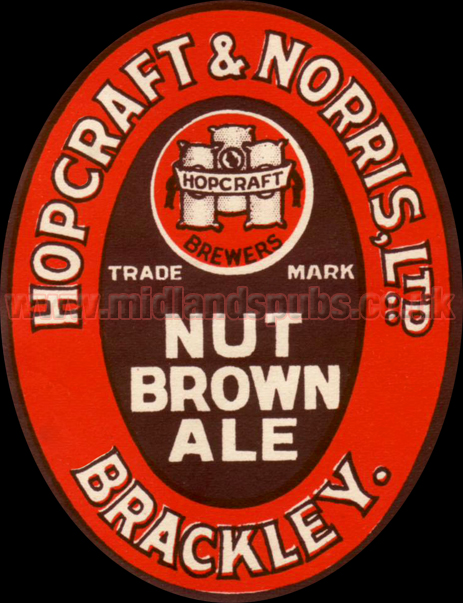 A large brewery concern based in Brackley was Hopcraft and Norris Ltd. This brewery traded first as Hopcraft but later as Norris which is a bit confusing. Whatever, the brewery was founded by Alfred Hopcraft in 1842. Registered in July 1895 as Hopcraft and Norris Limited Brewers and Spirit Merchants, the company had a total of 119 tied houses. In July 1946 Hopcraft and Norris merged with Chesham Brewery Ltd. to form Chesham and Brackley Breweries Ltd. Although brewing still took place at both Brackley and Chesham, this business lasted for only 11 years before it was taken over by Taylor, Walker & Co. Ltd. The Brackley Brewery was closed in 1959 and three years later the tied estate was transferred to Benskin's Watford Brewery Ltd. Meanwhile, in what was a crazy period of takeovers and mergers, Taylor, Walker & Co. Ltd. were swallowed up by Ind Coope.

"It is good to note how the fame of Northamptonshire as a "pleasure resort" is growing. The cycling correspondent of the "Birkenhead Advertiser," discussing the attraction of English counties for tourists. says: "Or take such a county as Northamptonshire, where I have done a lot of riding. Boots, you say. A nest of factories belching forth black smoke! A countryside rendered hideous, with the vomitings of a thousand chimneys! You are wrong every time. The factories are there, in truth, but the black smoke and the chimneys do not exist. In between the manufacturing centres is land as fair as you will find anywhere - is a county almost as varied as any you will find in this Kingdom. You get a county of good roads, an undulating and well-wooded country with more than its share of historic mansions and churches, for Northamptonshire is a land of 'spires and squires.' From the highest points of the county you obtain magnificent views over miles of grand country, and, short of actual mountains and large rivers, there is everything here to interest and attract the cycle tourist."
"Northamptonshire For Cyclists"
Northampton Mercury : August 12th 1910 Page 3