History and Information on Chipping Norton in the County of Oxfordshire.

Some history of Chipping Norton 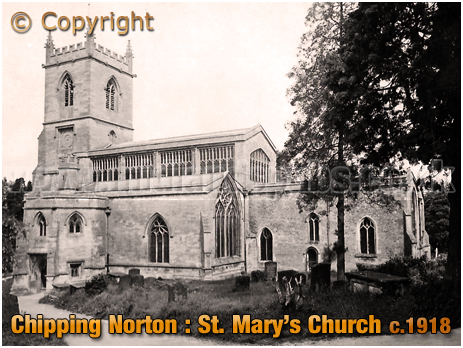 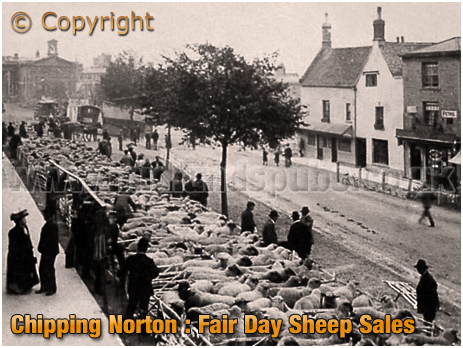 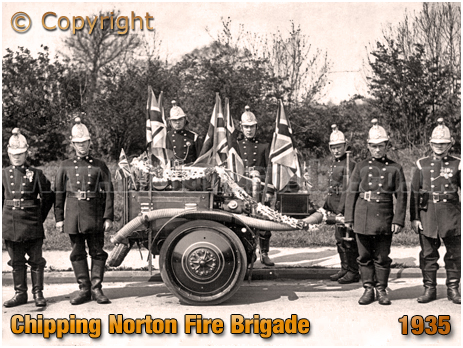 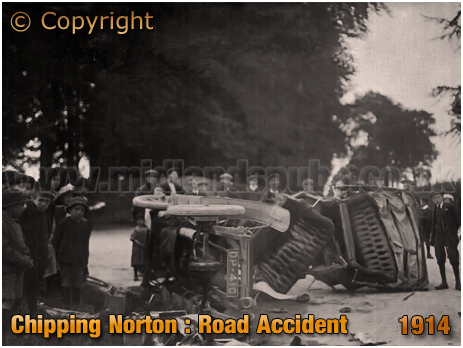 If you have a genealogy story or query regarding Chipping Norton you can contact me and I will post it here in addition to including your message within the website pages for Oxfordshire Genealogy.

If you would like to share any further information on Chipping Norton - perhaps you drank in one of the pubs in the past? Or maybe knew a previous publican running one of the boozers? Whatever the reason it would be great to hear of your stories or gossip. Simply send a message and I will post it here.

"On Saturday night, as William Aries, rural postman to Adlestrop, was returning through Cornwell on his inward journey, he slipped and fell, slightly injuring the back of his head, and sustaining a severe shock. In falling, the keys belonging to the Salford and Chipping Norton Common wall boxes were pitched from his pouch, and although he received assistance from the inhabitants of Cornwell, they could not be found soon enough for him to make the collections from the boxes mentioned. He had, therefore, to proceed on his journey without them, and, as he had lost a considerable amount of time in searching, he made his way across the Cornwell fields at a good pace. The night was very dark, and in his hurry, Aries walked into the Cornwell brook - at that time full of water - and having a heavy mail from Adleatrop and Daylesford, experienced some difficulty in getting out. However, after sinking twice, he managed to scramble up the bank, and also to save the correspondence. He arrived at the Chipping Norton office a few minutes after eight, much fatigued, minus hat and keys, and was assisted to his home by F. Hieatt, town postman. A special messenger was despatched with duplicate keys to the Common and Salford boxes. Aries, although very weak, resumed duty on Monday, and learned on arrival at Cornwell that his keys were found, but his hat is still missing."
"Narrow Escape of a Postman"
Oxfordshire Weekly News : December 14th 1892 Page 5

"Early on Monday morning a carter employed at Messrs. Hitchman and Co.'s Brewery, attempted to commit suicide by cutting his throat. It appears that he got up and went downstairs at his usual time - just before six o'clock - for the purpose, as was thought by his wife, of going to his work. Not coming home to breakfast, as was his custom, his wife sent to the brewery yard to enquire when he was coming home. On her daughter making enquiries she was told that Bolton had not yet been to see to his horses, and had not been seen on the premises that morning. Mrs. Bolton also discovered that her husband had not put on the shoes he ordinarily wore, as they were still in the house. She then became anxious as to the whereabouts of her husband, and shortly after 10 o'clock called in two of his fellow workmen, Stephen Betteridge and James Harris, who at once went to a hovel belonging to the cottage in which Bolton resided. They found the door fastened, and on forcing it open, to their horror discovered Bolton standing with his arms resting on a cord suspended from a beam, and with his throat badly cut. He was covered with blood, and there was also a large pool of blood on the floor. They took the poor fellow to his cottage and carried him upstairs. Dr. O'Kelly being immediately sent for. On his arrival he found the wind-pipe partially severed, but the main artery of the neck was intact. He sewed up the wind-pipe, and did all that he could for the sufferer. The wound was inflicted with a razor, which was found lying on the floor of the hovel, near where he was found. It is said that Bolton, at times, was too fond of drink, and of late had been indulging somewhat freely. Last Thursday he was sent to Wootton with a horse and cart, and on his return journey stayed at the Bell Inn, Enstone. On leaving he drove off somewhat hurriedly, and in endeavouring to pass between two timber carriages near the Bell Inn, ran into one of them, one of the horses attached to which was injured. This and other trouble seemed to weigh upon his mind, and no doubt induced him to commit the rash act. Yesterday [Tuesday] evening he was alive, but in a critical condition."
"Attempted Suicide"
Oxfordshire Weekly News : December 19th 1894 Page 5