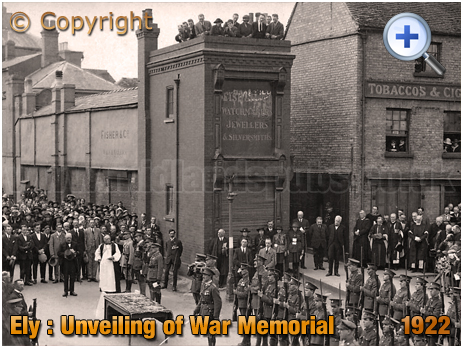 This photograph was taken on April 30th, 1922 during the ceremony for the unveiling of the war memorial at Ely. The memorial is not in the image as the arched and domed alcove was set in the Almonry Wall facing the Market Square. The buildings seen here have survived into the 21st century. The slim frontage of Fisher & Co. faced the Market Square with premises along the High Street. The unveiling ceremony had to be put back a week to April 30th to accommodate the diary of Major-General Sir Steuart Welwood Hare. Wounded during the Gallipoli campaign, he later became General Officer Commanding 54th [East Anglian] Division serving in Egypt, Gaza and Palestine. 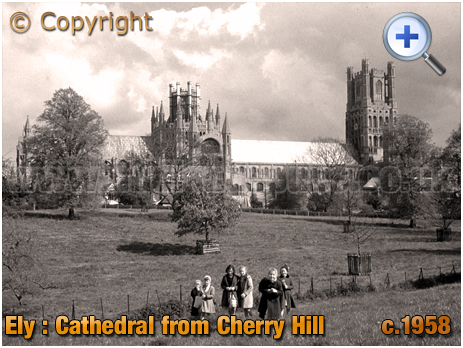 A lovely view of the Cathedral Church of the Holy and Undivided Trinity from near Cherry Hill. A group of happy-looking children are enjoying a walk through the fields. The mound at Cherry Hill was the site of a motte and bailey castle built by William I in 1070.