Photographs, Negatives, Slides and Plates of Churches and Chapels 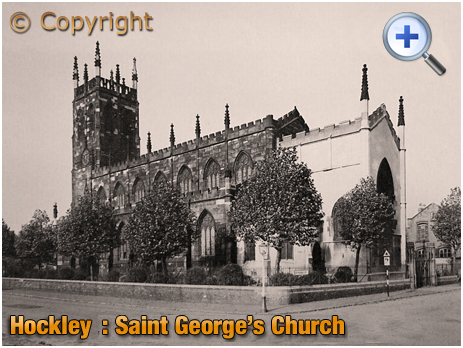 A photograph of the Church of Saint George in the Fields on the corner of Great Russell Street and Tower Street, though the church was officially in Great Hampton Row. The Hockley church was consecrated in 1822. Saint George's was a Gothic Revival building by Thomas Rickman and a Commissioners' Church erected to help maintain order amongst the poor urban population. The building was demolished in 1960. 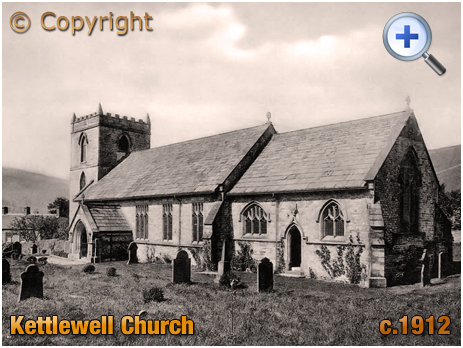 There have been several churches in Kettlewell, the current building dating from the mid-1880s. The first place of worship is thought to date back to 1120 and probably established by the de Arches family. The font from this Norman church has survived for use in succeeding buildings. The Norman church was taken down and a new church built in 1820. The tower of that building by Thomas Anderson still stands but the nave and chancel was replaced by T.H. & F. Healey between 1882-85. A legacy and remembrance of the fallen, there are some notable stained-glass windows in Saint Mary's. A memorial to Lieutenant Charles Cutcliffe Hyne, the East Window shows a young Christ looking over the battlefield of 1916. The son of the author C. J. Cutcliffe Hyne, he was wounded in the Battle of the Somme and died from his wounds. The window has three panels, the left depicting a soldier on sentry duty amid the battlefield, the right depicting a soldier by a camp fire, smoking a cigarette. The centre window shows a guardian angel, perhaps ministering to the soldiers. The Holdsworth windows commemorate John and Michael Holdsworth of Scargill House. Serving with the Fleet Air Arm, Lieutenant Michael Holdsworth was killed on active service off Tobruk whilst based at Malta. His brother, Major John Holdsworth M.C., died in Belgium in March 1945 while serving with the King's Royal Rifle Corps.