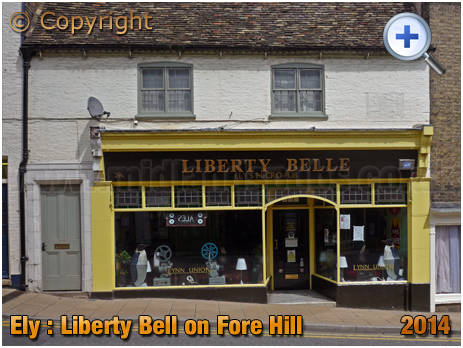 It was fortuitous that we visited Ely in May 2014 as this business on Fore Hill only operated for a short period under this guise. The micropub was established during the previous year by Martin McKeever and the venue became a hit with local beer drinkers. Despite being something of a hobby for him, the Liberty Belle scooped the local CAMRA Pub of the Year award. However, in the year following this photograph, Martin McKeever decided to up sticks and move to Orkney. The micropub was taken over by Andy and Jo Pearson who renamed the former shop as the Drayman's Son. 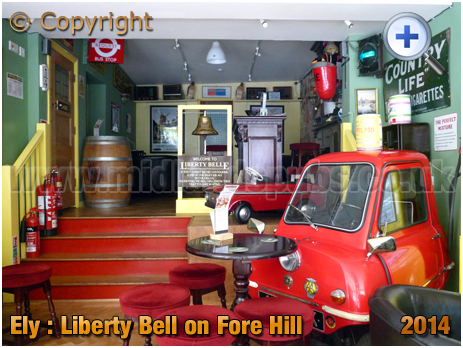 A look inside The Liberty Bell micropub at Ely in May 2014. One of the more unusual artefacts inside the engaging interior decor was a Peel P50 car, one of only 46 made by the Peel Engineering Company on the Isle of Man. Manufactured in the early 1960s, the vehicle was later listed in the Guinness World Records as the smallest production car ever made. The surviving models command high prices these days so it was something of a surprise to see this as a pub exhibit. 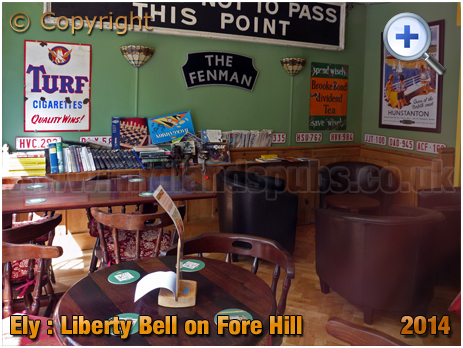 Another 2014 view of the interior of The Liberty Bell micropub at Ely, a small establishment decorated in transport memorabilia and retro artefacts. 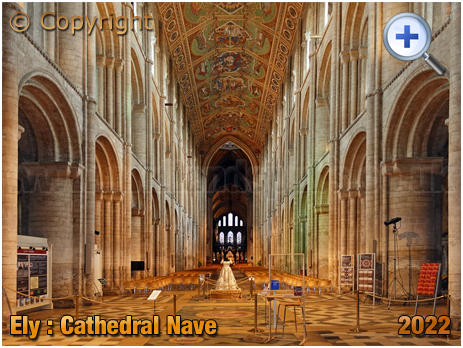 I had the place to myself for this photograph. The Cathedral Church of the Holy and Undivided Trinity was seemingly closed though there was a choir practice taking place in the transept. In the centre of the photograph is the official replica of the coronation dress for Queen Elizabeth II, forming part of the cathedral's Crowns and Gowns II exhibition. Marking the Diamond Jubilee, the dress was commissioned by Harrod's in 2012. The garment was worn by Claire Foy in the grounds of the cathedral during filming of the Netflix drama "The Crown." 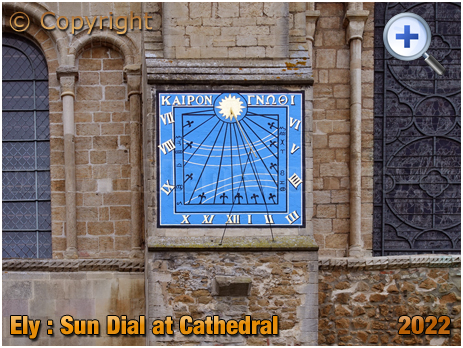 I took a photograph of this sun dial on the buttress before entering the south side of the Cathedral Church of the Holy and Undivided Trinity at Ely. Featuring aligned and orthogonal Roman numerals, the sun dial displays hour lines from 07.00hrs to 18.00hrs, with half hours marked by what appear to be fleurs-de-lys. There are some zodiac markers in the border between these and the Roman numerals. Note that instead of IV, the dial displays IIII for 16.00hrs. A golden sun is at the root of the gnomon supported by two narrow metal rods. The Greek inscription Kairon Gnothi translates to "Choose the timely moment." 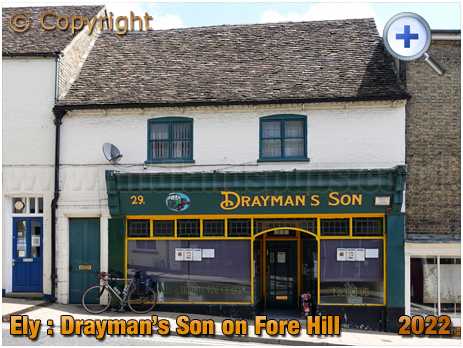 We had a good time in this micropub when we visited Ely in June 2022. As we rolled down Fore Hill we could hear a right noise emanating from the premises. It turned out to be a table of boisterous blokes playing a game of Jenga. The place had a good vibe, service was friendly and the beer was pretty nice. I enjoyed two stouts, one cask and another on keykeg. Many of the ales were produced by the Three Blind Mice brewery who took over the micropub in March 2018. The premises, once known as the Liberty Belle, had previously been run by Andy and Jo Pearson. It was this couple that changed the name of the micropub as his father had previously worked as a drayman for the local brewery. Hall, Cutlack & Harlock Ltd., based further down the hill, merged with Huntingdon Breweries Ltd. to form East Anglian Breweries Ltd. in 1950. Although taken over by Steward & Patteson Ltd. in 1957, brewing continued at Ely until 1969.