Photographs, Negatives, Slides and Plates of Film and Cinema 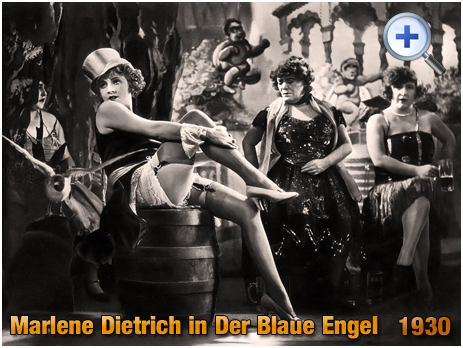 A scene from "Der Blaue Engel," the 1930 German tragicomedic film directed by Josef von Sternberg and starring Marlene Dietrich. The Blue Angel was the first feature-length German full-talkie and elevated Marlene Dietrich to an international audience. 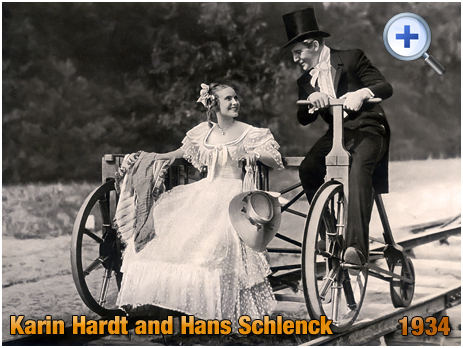 A scene from the 1934 German film "Die Liebe und die erste Eisenbahn" [Love and the First Railway], with Hans Schlenck pedalling a cycle and sidecar combination of a railway line. Playing the part of Brigitte, Karin Hardt is the passenger. The historical comedy movie was directed by Robert Neppach and set in the 1830s during the construction of the railway line between Berlin and Potsdam. 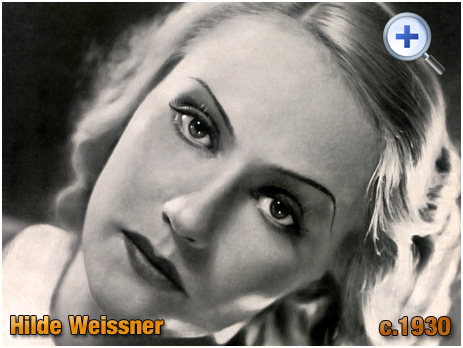 Portrait of Hilde Weissner, possibly at the beginning of her film career some five years after her theatrical acting debut at the Schiller-Theatre in Hamburg-Altona. Hilde Weissner often played self-confident women and was also a fine singer and dancer. 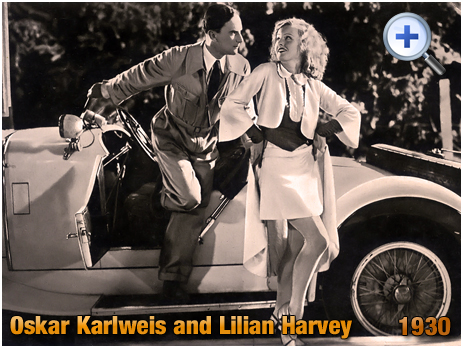 A still from the 1930 German musical "Die Drei von der Tankstelle" [The Three from the Filling Station], starring Oskar Karlweis and Lilian Harvey and directed by Wilhelm Thiele. The movie was a big hit and a huge box-office success, and is considered to be a major influence on Hollywood musicals made during the 1930s. 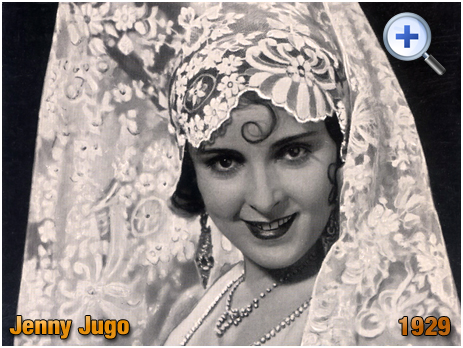 Jenny Jugo in a scene from "Die Schmugglerbraut von Mallorca" [The Smuggler's Bride of Mallorca], a 1929 German silent romance film directed by Hans Behrendt. There is a love struggle, plenty of smuggling and scenes inside a pub called the Black Scorpion. 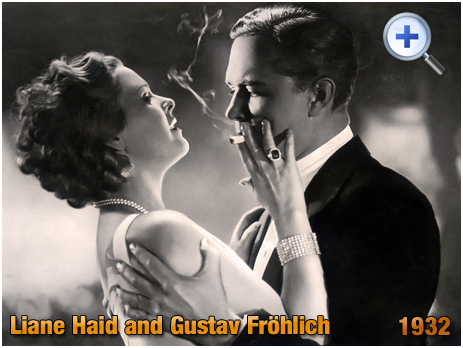 A scene featuring Liane Haid and Gustav Fröhlich in "Ich will nicht wissen, wer du bist" [I Do Not Want to Know Who You Are], a 1932 German comedy film directed by Géza von Bolváry. Gustav Fröhlich plays the role of the impoverished Count Lerchenau working as a chauffeur, a station below the expectations of Liane Haid playing the role of Countess Alice Lamberg. Plot spoiler alert - true love always finds its way. 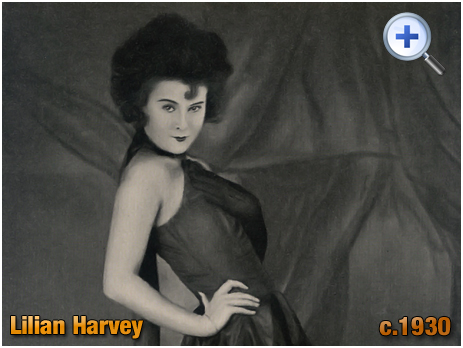 Lilian Harvey in one of her "vamp" poses for the camera. Born Helene Lilian Muriel Pape at Crouch End, North London, in 1906, she wound up in Berlin after the First World War and trained at the dance and voice school of the Berlin State Opera. Her film debut was in 1925 and during the introduction of The Talkies, teamed up with Willy Fritsch. In the 1930s she featured in four Hollywood films but returned to Germany. Her Jewish connections made her a target of the authorities. Her assets were seized and she subsequently moved to France before working as a volunteer nurse in the United States during the war.