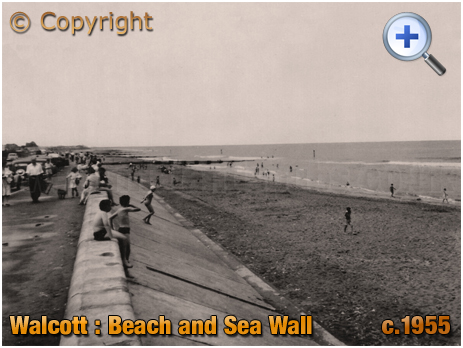 A north-westerly view of the beach at Walcott-on-Sea where the recently-constructed sea wall was placed to protect further erosion of the coastline. The sea defences between Bacton and Ostend were constructed in 1954. Ten years later this was supplemented by a timber revetment to the west of Bacton. The sea wall enabled the realignment of the coastal road which provided the impetus for visitors by car. 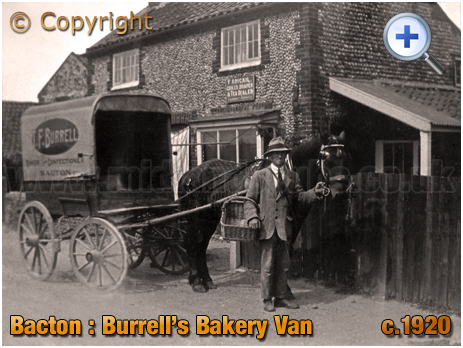 A lovely image of the bakery van of Thomas Burrell whilst making a delivery to the shop operated by Frederick Abigail at Bacton. The shop closed many moons ago but the building still stands on an old stub of Walcott Road. I assume that is Thomas Burrell stood next to his horse, though the master baker did employ a couple of men in the business based in the village. Born at nearby Southrepps, he had earlier worked for the baker and confectioner John Drury. He and his wife Ethel settled in Bacton where they successfully operated the bakery at Keswick. Their sons joined the firm in later years.